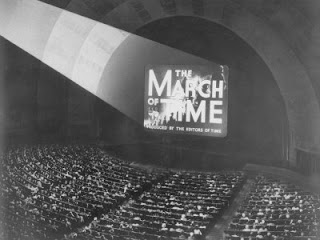 Back on 16 March I noticed that my number of twitter followers had reached 1066 and was growing steadily. I started a series of daily tweets, which reached 1592 this morning, with the occasional Humphrey Lyttleton-ish silly comment thrown in. Here, for the Record, is the March of Time thusfar (or at any rate the passage of historic Time in March), in multiples of 140 Character tweets:

17 March 1138, therefore time to recall the election of Cardinal Gregory as Anti-Pope Victor IV. Anti-Popes had such butch names...

18 March: 1165 — when King Henry II had a major affair with the Rosamund Clifford. A right old Royal Story for ye Sunne...

23 March: 1271 — Baibars captures Krak des Chevaliers and the 5th Crusade flops. Also in 1271 (in spirit of the late Humphrey Lyttleton) Emperor Ottakar II fails to invade Hungary [and starts a chain of bookshops instead] also in 1271 (Humph would say) Emperor Bing of Song is born: Emperor Bing waited until 1942 to record White Christmas at the age of 671

24 March: 1284 — year Wales was joined to England (Statute of Rhuddlan) & the foundation of Peterhouse, oldest college of Cambridge University. 1284 also yr legend says pied piper visited Hamelin. Massive bail-out of City rats resourced by ye city's children. They ended up with him in their own toyshop in Regent Street.

25 March: 1292 — the year Edward I appointed John Balliol as (puppet) King of Scotland over Robert the Bruce, much provoking the Tartan Army

26 March: 1299 — Time for the Mexica to settle in Chapultepec: Schlocky sacrifices and one flower ceremonies in today's Mexico city...

28 March: 1335 — Otto the Merry becomes Duke of Carinthia around the time slavery is abolished in Sweden - everything looking up! People wonder why they called him Otto the Merry:

30 March: 1369 — As England reels under its third dose of Black Death, Tamerlane the Great makes Samarkand capital of his empire

5 April: 1465 — Henry VI, pious but completely round ye twist, is imprisoned by Edward IV in the Tower, & Margaret of Anjou legs it to France

8 April: 1485 — a horse, a horse, my kingdom for a horse! it could be arranged... Bosworth. Henry VII wins crown off wicked uncle Richard III. Tudor dynasty begins: & with it, some say, Modern England. Meanwhile in France, the Peace of Bourges temporarily halts the Mad War.

now off for a run, dodging brickbats from Richard III supporters... Richard used to do a good chocolate advert too...

13 April: 1537 — Monasteries dissolved in England, foundation of Recife by Portuguese in Brazil; first mention of Bangalore in India

14 April: 1545 — The Mary Rose sinks near Portsmouth, and the Council of Trent starts up: eyes down for a full house...

17 April: 1581 — Union of Utrecht proclaims independence from Philip of Spain & becomes republic. Francis Drake, Circumnavigator, knighted... As Elizabteh I knights old pirate she askes him "But where are your buccaneers?" & he replies, “Why, Ma'am, stuck to both sides of me buccan... (at this point 140 character limit cut in)

I'm thinking of starting a campaign to get your follower count up to 2010 and beyond. Your tweets will get much more interesting then...:-)

Really like the video with "Otto the Merry". Anymore to it? seems like it cut off before the end.

You're right — all I could get on YouTube (Copyright thing?). But here's the rest of the script:

(Syllabub enters the lounge where Otto is at his organ, howling one of his songs)

SYLLABUB
Stop that and listen to me! Now!

(She pulls the plug out)

OTTO
Plug my organ in.

SYLLABUB
Ha, that's a joke. Now, listen to me.

OTTO
What! What is it?

SYLLABUB
I've got something important to tell you. Mitzi's coming in a moment with another prince.

(He begins howling one of his songs)

SYLLABUB
Look, will you stop that again!

SYLLABUB
Well there soon won't be any left, thanks to you. Now just you make sure you make that task nice and easy, otherwise I'll smash your organ.

OTTO
Can I play at the wedding?

OTTO
All right, all right. I could play that one about "Yum de boo ptang..."

SYLLABUB
The king agrees to see you now.

MITZI
This is Prince Walter.

OTTO
Eeeugh! Is he in the book?

Oh, so sorry! So you want to marry my daughter, do you?

MITZI
Oh, say you do, and wing me such joy as I have never tasted before.

OTTO
All right. First I must set you a task, so you may prove yourself worthy of my daughter's hand in marriage.

OTTO
Because she's a f (bleep) ing princess, that's why! You must go tomorrow morning to the highest part of the castle...

You must go, um... (Syllabub threatens him again) er, go down to the shops and get me twenty Rothmans.

STORYTELLER
And so, early next morning, all the happy villagers were gathered to watch Prince Walter set off on his quest.

(From a dais outside the castle, on which King, Queen and Princess sit, Prince Walter walks, holding a banknote, past the villagers down the street to the tobacconist. He emerges holding a packet of cigarettes aloft triumphantly to cheers from the crowd. He walks back up the street to the dais, on which Mitzi is jumping up and down excitedly)

WALTER
Here are your fags.

(He tosses them to Otto)

Loyal subjects, faithful followers, this is indeed a proud moment for the Queen and myself. For this is the moment when Princess Mitzi marries Prince Walter. But first, a little number I've written, entitled "Ya Te Buckety Rum Ting Too".

(Everyone sings "Ya Te Buckety Rum Ting Too" accompanied by Otto. But then Prince Charming draws up on a horse)

SYLLABUB
Who are you? What do you want?

CHARMING
I am Prince Charming, from the Kingdom of the Golden Lakes, good Sir King. Page four in the book. And I crave the hand of your most beautiful daughter, Princess Mitzi.

WALTER
You're too late.

WALTER
I've got her, Charming, now buzz off.

SYLLABUB
Now, wait a minute, Mitzi is not betrothed yet.

WALTER
What? He said, if I went and got him twenty Rothmans I could have her.

CHARMING
Got you twenty Rothmans?

WALTER
I had to go down the town.

CHARMING
For this priceless treasure? For this most perfect of all God's creatures?

CHARMING
For this finest and most delicate flower in the whole of this geographical area, I will face in mortal combat that most dreaded of all creatures.

MITZI, SYLLABUB and OTTO
A dragon?!

CHARMING
And I shall slay it, single-handed, to prove myself worthy of your enchanting daughter, O King.

OTTO
I accept. Tomorrow morning, then.

WALTER
Where's he going to get a dragon from?

CHARMING
I provide my own.

(The rear of a horse box opens. A dragon, all of 18 inches long, emerges. Prince Charming fights it matador-style, then draws a pistol and shoots it. The crowd cheer)

OTTO
Loyal subjects, by virtue of Prince Charming's noble deed, I now consent to give him Princess Mitzi's hand in marriage. But first, the B side of my latest single.

WALTER
I'll be revenged on the lot of you!

(OTTO plays and everybody starts singing "Ya Te Buckety...")

STORYTELLER
Nobody in Happy Valley worried about Prince Walter's threats, and the joyous day soon arrived for the royal wedding.

(Interior of cathedral. Otto is up in the organ loft. Everyone sings "Ya Te Buckety, Rum Ting Too, Ni Ni Ni, Yaooo.")

PRIEST
Dearly beloved, we are gathered here today to join together this man, Prince Charming, and this woman, Princess Mitzi Gaynor, in holy matrimony. If there be anyone who knoweth just cause or impediment why these two should not be joined together...

(There is a loud boom. A witch enters, followed by Prince Walter)

PRIEST
Witch, you commit sacrilege here by your very presence. I command you in the name of the Good Book, to leave this holy place forthwith.

OTTO
Oh, me. I'm terribly sorry, I was miles away.

WITCH
I forbid this marriage to take place.

CHANCELLOR
You forbid it?

WITCH
Who are you?

CHANCELLOR
I am the Lord Chancellor, you old hag! How dare you speak thus to our...

(The witch casts spells, turning him successively into a lampshade, then a dog, a soda syphon, a rabbit, and back into himself)

WITCH
Now, watch it! Now, Mitzi marry Prince Walter, or I curse the lot of you, and your aunties.

OTTO
Carry on with the ceremony.

WITCH
Very well. I hereby change every single person in this cathedral into chickens!

(then as a shocked afterthought)

(Everyone is turned into chickens)