In the Loop: Fake Hawk Down 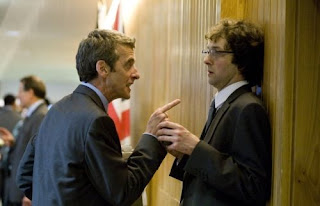 Imagine, if you can, a world of soundbite politics where the machinery of power is operated by vacillating professional politicians, out of their depth, jumping to the whims of ruthless, feral spin doctors. Everyone is trying to use everyone else, but they don’t quite know what for, making it up as they go along, riding the tiger of inter-departmental politics, sending the whole world to smash in vain attempts to save their faces. 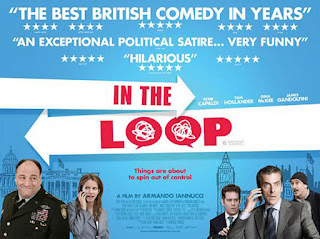 Armando Iannucci’s comedy presents history as pure cockup rather than conspiracy. Imagine Burn after Reading writ large & lurid across UK/US corridors of power, a blow-up version of AI’s The Thick of It. It easily translates to world stage and big screen. 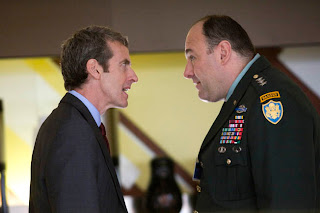 The Big Plot of the film may not actually quite convince, perhaps because the Blair/Bush figures are a bit too far behind the curtain, but the tactical delivery system is absolutely first rate. Brace yourself for some of the foulest-mouthed comments ever committed to celluloid, remembering they are only just a little bit North of the way some among our burgeoning class of political special advisers seem to express themselves. 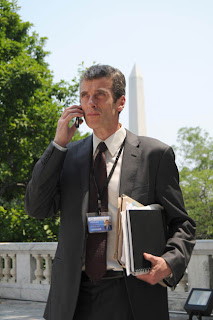 Peter Capaldi’s Alistair Campbell character is a riot of egotism, obscenity and ambition. Not-so-steadycam shots and quick pans add pace and a well-judged smidgin of documentary atmosphere to the whole absurd business, in a non-annoying way. Laugh at the ludicrous, but remember that penning a tale about sexing up information to order with entire disregard for truth, morality, or the human beings involved, did not call for much invention from Mr Iannucci. 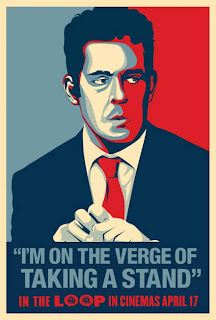 It’s good to see a movie driven by a sharp script, not CGI. Lines are delivered pretty much perfectly, although some may wonder how someone as gormless as Tom Hollander’s Minister of Overseas Development made it anywhere beyond kindergarten. There are visual gags too, including a memorable moment when Mimi Kennedy 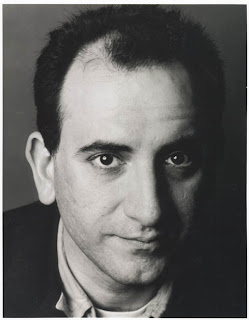 (no relation) accidentally transforms herself in the Ladies’ rest room from jaded State Department senior into a Frankenstein monster. James Gandolfini richly deserves a chestful of medals for his portrayal of a big chunky but dove-ish five star general — “When you’ve been to war once you don’t want to go there again — like France...”

Perhaps we’re just a sarcastic bunch in High Wycombe, but the belly laughs rolled around the auditorium in a way I haven’t seen them do in a long while. It’s strange to live in a place where such a portrayal of our politicians and their advisers inspires knowing looks rather than depair, but if Mr Campbell & his chums really didn’t want to go down in history this way, as they are doing, their obvious remedy at the time would have been to stop behaving in ways that inspired it. Sleep tight tonight.

Bristol laughed a lot too. I think it may be that rare beast - a genuinely funny film.