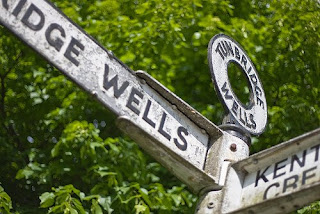 Tunbridge Wells is is a game of two halves. There’s the propserous touristy bit, and there's a smallish underbelly that originally provided the servants for the rest. In living memory two lines of children walked down Camden road to school, the ones on the right side with shoes, and many of the ones on the left without. For over 150 years, St Barnabas has unashamedly served the ones without shoes.

The Church was built by an enterprising Victorian slum priest in the classic mould, raising a noble edifice that must have seemed extraordinarily bold and beautiful at the time, on what had been a quarry and a rubbish dump. In this parish, the Gospel begins with the Magnificat

he hath put down the mighty from their seat,
he hath exalted the humble and meek
and the rich he hath sent empty away.

This may sound a tad off message for Tunbridge Wells as conventionally conceived, but that is the Christian Faith, if its mission is more than providing veneer and designer fig leaves for the bourgeoisie. 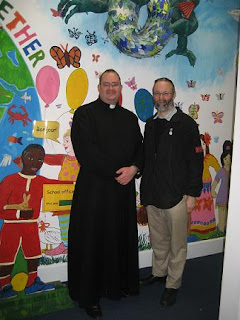 I was really moved and enriched by spending a day as the honored guest of a community that has had considerable ups and downs, but is clearly and profoundly aligned with its founding purpose, whilst looking out and pursuing a vigorous gospel agenda. Fr Ed Tomlinson took me round, and introduced me to various people in Church and community — his story of the day is here. We prayed together, talked and walked together, through the various realities that bear on St Barnabas as a missional community. 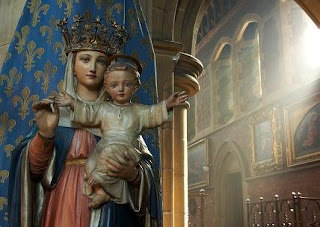 The closer you come to the streets, the more things make sense. This is not to minimise the importance of grand debates on the natonal level, which do have a local impact, but to try and establish what matters here. In word and deed this parish is about Incarnation — a clear and profound response to the incarnation of the Son of God by living it out sacramentally and in social action. Accessibility is secured by being there, not by diluting or dumbing down. 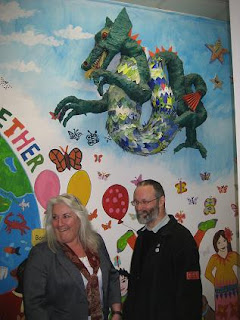 It is a very diverse congregation, where people are accepted for whom they are, to grow into being what they could be, not clones. I was struck by two or three stories of people being grabbed by a sense of holiness in the place, for some quite dramatically. It is a growing congregation, with a school which is integral to the common life, not tacked on. Here again, the St Barnabas story is about clear, honest leadership and hard work. Congratulations to Theresa Anderson, head, and colleagues. Spot the fire-breathing dragon above: hint — there isn’t one. It’s all about growing confidence among and within children who, historically, were sometimes seen as a problem. 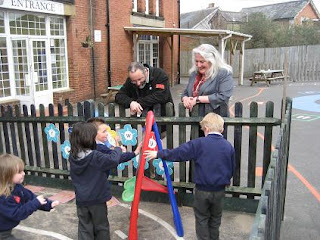 We live in a context that increasingly reduces human beings to cardboard cutouts — just say the word based on the notional “-ism” and that’s enough to blast away with. I think we all need to be very careful about the use of language to label, stigmatise and belittle others. I remember George Kitson-Clark the historian, saying the only “ism” he’d allow in historical essays was “baptism.” Wise man. 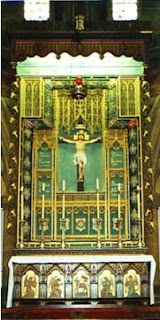 “Do not be afraid,” says the Lord. “I have overcome the world.” There’s always been a degree of walking apart in the C of E, rather than engaging different organs in the Body of Christ to work together. Back in the Victorian age this was the tacit agreement that Anglo-Catholics could do their own thing in the places that didn’t matter, as long as the boat wasn’t rocked in the places that did. Every now and then open hostility broke out, as when neighbouring vicars denounced St Barnabas as the road to hell! Seems funny now, but they meant it. A Church experience that does not engage us deeply and radically with our fellow Christians is not enough. How can it be said that the love of God lives in such a parody of Church? 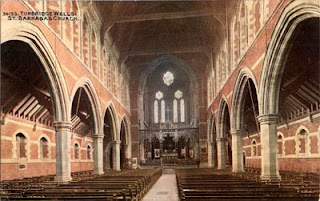 These days everything is tamer, but shame on any of us, if we go through the motions of tolerating others for whom Christ died, and in whom Christ lives, rather than striving to understand and support them wholeheartedly. And if we do this on the basis of hearsay and cliché, double shame on us. What will the Lord say on the Great Day? “If only you had known the things that make your peace, but you would not...” A ghettoised world needs a more than ghettoised Church. 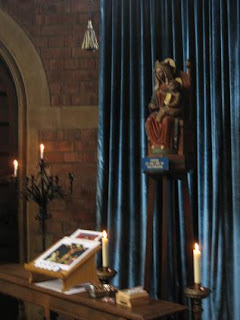 The old armed neutrality, or political balancing act, is just not adequate to build the kind of Church we need to be, that the world may believe. The first principle of Benedict’s way is to come together; not primarily to debate, but to pray and share faith. Doing that then changes our perceptions of the matters at issue between us. A day’s appreciative inquiry in somewhere with strong particularity is worth of year’s management training. And given the various matters at issue involving traditionalists a solution grown by “indaba” between real people may yield a sound basis for detailed work that, doubtless, must be done by conventional parliamentary methods...

A remarkable blog. You are really correct in this. Surely there is room within the Church for all who worship Jesus Christ, our Saviour.

High, low, evangelical, what does it matter. Incense or Bells or none at all - we are one church with many streams, who are united by our main effort - the Love of God.

Unless we are prepared to love each person for their place in God's creation, we are failing.

There is room for everyone in God's service.

That's a very good first photograph, where did it come from?

Dear Anon, Not quite sure, because the entry was put together for the next day from various, including the Church’s own website. Especially if you have an interest you want acknowledged, please email me (bishopbucks@oxford.anglican.org) and I can be more precise when next back in the office... Sorry to be so vague, but it is the middle of August!