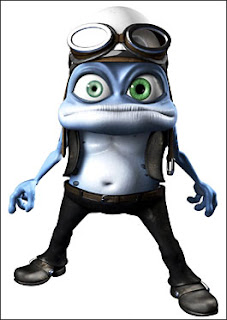 Just capping off thoughts about the God I don’t believe in, whilst on a train I noticed a story online from the New Zealand Herald that definitely belongs in the “Don’t try this at home” tray:

A 55-year-old man who beat his daughter over the head with a lump of concrete when she refused to go to his Mormon church “does not understand what all the fuss is about,” Hastings District Court has heard.

Judge Geoff Rea said on February 22 this year Muliipu had become involved in an argument with his daughter who refused to attend church. He chased her down the street and back into the house picking up a lump of concrete along the way. He then whacked her over the head in a bedroom with the concrete causing skin on her head to split and start bleeding. They were both “covered in blood” and he kicked her in the face causing bruising...

Defence lawyer Roger Stone told the court Muliipu had been angry his daughter refused to go to church. He had been under stress before the incident. He was a “proud” man who was “disappointed” his daughter had elected not to follow his Mormon faith...

Judge Rea said a probation officer's report made “grim reading” because he “still does not understand what all the fuss is about.” He had been ejected from an anger management course because of his views and had an inability to understand “whacking someone on the head is unacceptable.” In the circumstances there was only one response and that was imprisonment. Muliipu was sentenced to 12 months in jail.

Enthusiasm and sincerity are not enough. As Jesus’ scribes and pharisees strugged to see, religious commitment is validated not in its own terms alone, but by its fruits. Put another way, human anger does not work the righteousness of God... Crazy is crazy.

human anger does not work the righteousness of God... — except I think that anyone who failed to be angry with that particular father would have also failed as a human being: there are times when human anger is most certainly called for, and must surely echo God's own response to a situation.

Is it not so much about avoiding anger as channelling it appropriately?

I see what you mean. I wouldn't read the biblical instruction as saying all anger is always wrong, so much as along the lines you suggest.

NZ is just about paradise ... but not quite, sadly.