What’s really going on out there

Timothy Garton Ash is one of the very few people around with the depth and breadth of historical understanding to produce genuine contemorary history. His new Book, Facts are Subversive, contains short essays, mostly originally written for newspapers, but far too good to let go for tomorrow’s fish and chip wrapping. At this year’s Kirchentag I was struck by the skill, good humour and perspective TGA brought to a shared seminar with Bundeskanzlerin Angela Merkel. He knows his way round the issues of the age, and has real critical insight about Europe (“If the EU were to apply to join the EU it would be refused”) without losing his grasp on the positive achievements of the whole project. 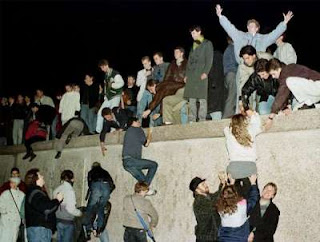 These essays range from big questions of definition and identity (“Islam in Europe”) to well known flashpoints (“The strange toppling of Slobodan Milosevic”, “9/11”) and contemporary predicaments (“Beauty and the Beast in Burma”). His main interests, as Oxford professor of European Studies, have been foreign policy — there is an extraordinary insider’s account of an attempt to brief George W. Bush about Yoorp, and another about Obama’s inauguration. To every subject he brings deft precision, like a peanuts cartoon — inscape in context.

TGA’s standpoint is classically Liberal. He articulates what the word could and should mean as more than just a hysterical reactionaries’ catch-all ra-ra term of abuse. 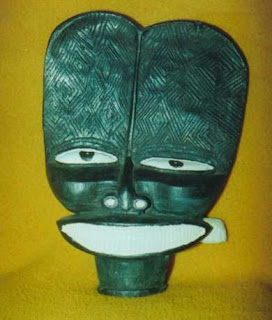 Only when we are prepared to allow our own most sacred cows to be poked in the eye can we credibly demand that Islamists, Turks and others do the same. This is a time not for erecting taboos but for dismantling them. We must practise what we preach.

TGA is also highly articulate about the difference between secularism and new model atheism.

I do not believe there is a God and therefore assume that some 2007 years ago a couple called Joseph and Mary just had a baby. But what a man he turned out to be! Like the great Swiss historian Jacob Burckhardt, I can’t get anywhere with Christ as God, but as a human being Jesus Christ seems to me a constant and wonderful inspiration — perhaps even, as Burckhardt put it, “the most beautiful figure in world history.” And some of his later imitators didn’t do so badly, either.

As historians get down to work on Bush foreign policy, TGA draws up a preliminary balance sheet, measured against the administration’s stated aims at the outset. He is no knee-jerk anti-Republican, indeed much of his journalism as I remember from the period tried to encourage people to stand back and give Bush what benefit of the doubt they could. As the roll begins to be called up yonder, however, as a former advisor to Bush, he has to conclude:

In every vital area of the wider Middle East, American policy over the last five years has taken a bad situation and made it worse

He then forensically sketches the whole “amazing bloody catastrophe ” — 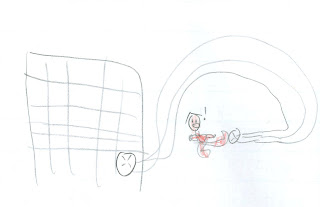 The score is 8-1, then. The 1 was Gaddafi. We can credit Bush with a phenomenal performance, especially when his team was the only superteam in the league, with no serious opposition. Again and again, he played blinders, kicking the ball into his own net, stunning the occasional goalkeeper in the process. Hucknall Town played Manchester United and after 90 minutes the score is 8-1 to the giantkillers, 7 of them own goals, and the Manchester goal itself is a cracked and wobbling ruin with bigger holes in the net. Such is the trainwreck courageous and innocent young men and women are now dying to try and recover, as, tragically, horribly, the coffins come home.

For me, the jewels in the crown of this collection, however, are TGA’s essays on Gunther Grass and George Orwell. Most of the pieces are very short. Keep this book for train journeys and occasional reading. Agree or disagree with his conclusions, it flags up the real issues, remarkably consistently for a collection of occasional pieces. TGA lays out in historical order the events and alarums of our age in a way nobody else has yet managed, and I salute it as a tremendous and surprisingly readable achievement.

Yes, when Iran launches a nuclear missile at the Zionist entity (with a little help from North Korea) and a Taliban government takes over in Pakistan and threatens India, I'll remember it was Booosh's fault.
But don't worry - the Big O will save us!
Typical English liberal smugness (from yourself as well). Ash is wrong about Islam in Europe. Basically, your continent is condemned to racial and religious unrest for the next thirty years. & you can't blame Bush for that!

Well, anonymous sir, should the disaster you scope in your first sentence happen, you must know it would much less likely have happened had Mr Bush taken more notice of his own state department people and less notice of neocon ideologues. As someone supportive of the US, it's been sad to see its prestige so pathetically and dangerously reduced around the world due to incompetence at the top, and encouraging to see it beginning to rise again.

What is the basis of your expertise on Islam in Europe?

The basis for my expertise, Mr Bishop ?

Because I once found some arabic looking squiggles on a dollar bill a Muslim gave me once in change when I got some week from him. I took it to my local church - LDS - and they said that it was a code from Al Quada to occupy Europe and England too.

Hallylooyah that I'm an American. Pistol packin' good, it feels. Praise George W, and Jesus too.

Yeehaw! You certainly seem to think you've won in the great lottery of life. Best of luck to you, sir, from your friends on Planet Earth!

Ha ha, #3 (tho' you missed a few cliches) - but it wasn't me. Oh the irony - an Anonymous poster impersonating Anonymous on the 'net!

Alan, if you think America's prestige is rising in the world, you are in Nephelokokkugia. Obama is universally perceived, from Tehran to Islamabad to Pyongyang as weak, apologetic and isolationist.

"What is the basis of your expertise on Islam in Europe?"

Living and working there for many years. Following closely what has happened in Amsterdam, London, Denmark, Malmo, Paris etc etc. Watching the demographics. Following the European elections.
Using my eyes.