Dreams are made of this? 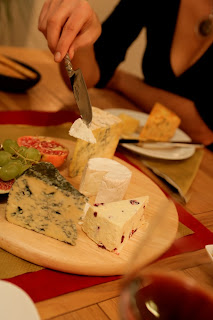 Many thanks for the silly season story that makes my week, from the appropriately named British Cheese Board, thanks to Steve Hayes. Four years ago, the Cheese and Dreams Study seems to have proved that you don’t get nightmares from cheesy evenings. Indeed “One of the amino acids in cheese – tryptophan – has been shown to reduce stress and induce sleep so cheese may actually help you have a good night’s sleep,” says Dr Judith Bryans, Nutrition Scientist at The Dairy Council.

Well, you may say, they would say that, wouldn't they? But having given 200 people 20g of various types of cheese half an hour before bedtime for a week, science has finally spoken defnitvely — for now: 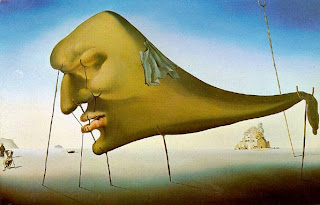 85% of females who ate Stilton had some of the most unusual dreams of the whole study. 65% of people eating Cheddar dreamt about celebrities, over 65% of participants eating Red Leicester revisited their schooldays, all female participants who ate British Brie had nice relaxing dreams whereas male participants had cryptic dreams, two thirds of all those who ate Lancashire had a dream about work and over half of Cheshire eaters had a dreamless sleep.

This has to be good news. From surrealist painters to Wallace and Gromit, the way are now clear to a more fulfilling nightlife...
Posted by Bishop Alan Wilson

Looks to be dated 2005 - so thesilly season a bit back!
Unfortunately it doesn't reveal the consequences of eating Stinking Bishop (definitely no reference to blogging company)