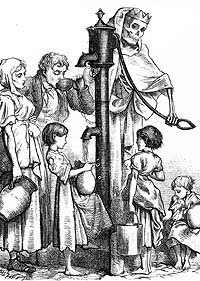 London, August 1854. Cholera swept through Soho, provoking more or less off the wall theories about what it was and how it spread. The medical establishment was highly sold on the commonsense "miasmic" theory — smells and drains and the like. People believed the key to conquering cholera was piping sewage away from people. It was, in a way, but... one result was engineering the sewage away from people, into the Thames, whose water they then drank. There’s everything right about modern sewerage, but putting it in without understanding Cholera meant spending millions inadvertently making its progress easier... 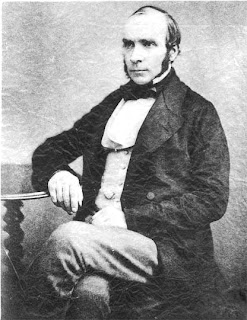 The heroes of Steven Johnson’s wonderful page turner are John Snow, Doctor, and the Revd Henry Whitehead, curate of St Luke’s. Both showed a willingness to think things through pragmaticlly rather than dogmatically to back up hypothesis with painstaking local research. Both showed great courage, especialy Whitehead in staying with the dying and survivors, trying to work out what was really going on. I remember noting as a research student the way in which young Anglo-Catholic clergy in 1866 won credibility for their cause by staying alongside the poor and dying when almost everybody else had fled during London’ last major cholera outbreak. 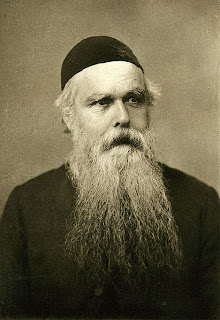 The parish system, for all its compromises and limitations from a suburban bourgeois point of view, worked by people of self-sacrificing faith, was socially transformational in Victorian London. Church works as dispersed reality, as well as, if not sometimes better than, the gathered righteous model. If you actually believe the gospel is about serving everyone, you can do a lot worse than parcel out a patch on a map and get stuck in. 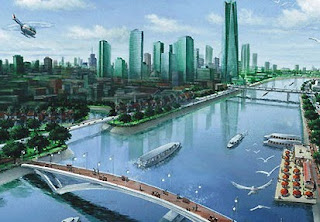 Mr Johnson goes on to draw really interesting and challenging conclusions about our life and future. Cities could easily be the greenest, most fulfilling, most creative, artistic and efficient way for us to populate the planet — but they could also be the most vulnerable to disease or attack. 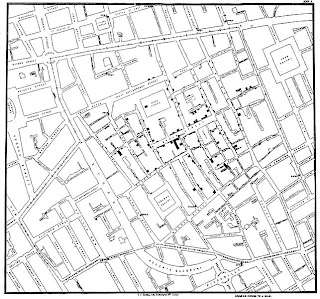 The disease bit is fascinating, especially in these days of heightened awareness around Swine flu. As it was 150 years ago, potty or inspired pet theories jostle with hard science to map out a sensible response. By and large, though, the book is confident our level of bioengineering undertstanding and technology is proceeding on a par with, or even faster than the threat. 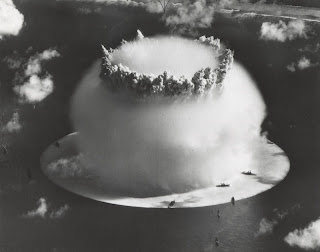 Unfortunately the same could not be said about the great non-bio fruit of twentieth century science and technology, the nuclear bomb. We may come to look back on the good ol’ Cold War of 1945-1990, balanced mutually assured destruction, as a golden age of innocence, unless we find a way get our heads and hearts around the moral and humanitarian dimension of these babies, brighter than a thousand suns.

Turn that against a City, and the Ghost map will be very much more basic than Snow’s cholera map of 1854...

How spooky - was thinking about the connection between the vicarious parish - (they'll do the God bit for me) and redemptive community (we're not just here for ourselves) only yesterday. And was set to find your ecclesiology post from the start of the year.

On the one hand I find this representative thing between and church and community a little suspect: who are we really representing - and how many of them want to be represented. But I have really had a bellyful of the numbers game and wish we had a better way of meeting without the focus being on those who made it. For me the most bizarre moment in the liturgy (which speaks volumes) is the handing over of the communion elements with the number of the faithful whispered by the stewards and relayed over the altar to the celebrant. Most of what we do reflects the concerns of those who've made it through the door. I'd love to see how to make what we do more representative.

Two theological concepts I've come across explore this divide further — the Lutheran concept of "holy people," which I don't know a lot about but which historically was influential in Nordic Churches, and our own Anglican "remnant theology" put together by Martin Thornton in the late 1960's. This grounds the whole vicariousness thing (which Grace Davie describes so fully) in an OT prophetic / firstfruits image of Church.

Whatever the virtue of these approaches, it strikes me that there there is a kind of law of diminishing returns about christian communities trying to attract people in to themselves; in some ways the mega churches of the States reach saturation point around the 25,000 mark, but even they reach saturation point.

The only alternative, then, is to do the things we do which engage with the world's rea needs, not as a marketing ploy, but because we actually believe in doing them anyway.

That kind of process that can go viral in the way that endogenous growth somehow never can.

this year I have been playing with a concept I call mobile church which in a nutshell pushes the Monday to Saturday agenda way higher and away from organised meetings. Also to evaluate the quality of what happens when the church does gather formally by the quality of the interactions the rest of the week. The Sunday numbers aren't any higher but my perspective is very different because I am so much more aware of what is actually going on - and I feel less pressure bound by the all or nothing of the Sunday parade. Not rocket science - but it has been helpful for me.

The model of engagement you identify is very similar with how social media channels develop and what they do best - useful learning in parallel.

This sounds like really interesting and valuabe work; Quite apart from:by this shall all now you are my disciples," I'm sure that the quality of our relatedness is the thing we need to be aware about in a network age, where in previous recent history many relationships were simply given as part of the social landscape. All this began to break down in England after World War I, when the officer class lost its mystique, and in addition, both sides of the Atlantic we are in a rich-get-richer poor-get-poorer dynamic now, which is a real invitation to the Church to step up to the plate and find new ways to do Acts 2:42 things in our culture.

>"Church works as dispersed reality, as well as, if not sometimes better than, the gathered righteous model."

>Two theological concepts I've come across explore this divide further — the Lutheran concept of "holy people," which I don't know a lot about but which historically was influential in Nordic Churches, and our own Anglican "remnant theology" put together by Martin Thornton in the late 1960's. This grounds the whole vicariousness thing (which Grace Davie describes so fully) in an OT prophetic / firstfruits image of Church.

Let me add a third and a fourth.

I've just been looking at the theology of Fresh Expressions, and one way of looking at that is to see it as dispersing "church" into different communities. The question then becomes "is this all of church, or pieces of it, and if so which pieces?"

Doing theology cut off from the church body (in a displaced social setting) has the potential to be a purgative for extraneous baggage in Christian thinking. There's a loss in comprehensiveness (e.g., the community membership is restricted), but there's also a benefit in focusing on particular parts of theological thinking.

One place I have seen this process happening has been in the membership such Christians at Work - where the entire purpose of the thing is to set up cells "on the other side of the divide" - and in some places the development a pragmatic grass roots ecumenism. A fascinating development in a very self-consciously Protestant (with a capital P, underlined twice in red) organisation and a "gathered" approach to church.

Some thinking I found illuminating was by Christian sociologists and missiologists: Os Guinness, Andrew Walker, Nebigin. Which has all, 20 years later, fed into Fresh Expressions via the Missionary Congregations / Mission-Shaped Church thinking about ecclesiology.