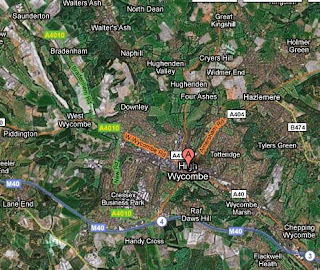 The convictions of Assad Sarwar and colleagues have got our nearest town of Wycombe into the papers for all the wrong reasons. In the past day or so I've met various local people deeply ashamed and taken aback that anyone from round here, whatever their politics or religion, could think of doing such a thing, let alone plan it for real. They have brought shame and disgust on themselves and everything they say they were standing for. What's the learning? 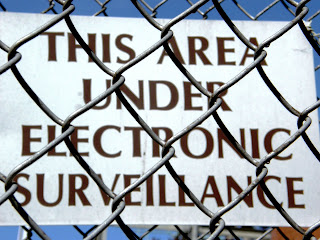 Thanks to those who take a lead in our shared security, for geting the job done in trying circumstances. They get a lot of stick, understandably, when they get it wrong. They deserve our grateful thanks when they get it right.

Gerald Templer worked out in Malaya in the late forties that any campaign against terrorism is a not a movie, or a game of toy soldiers, but a battle for hearts and minds. Tactical Actions that legitimate violent world views actually make the problem worse. Northern Ireland got a future when terrorists were undermined from within, and genuine representatives got round the table to find another way. Imagine anyone had been evil and ridiculous enough to suggest bombing Dublin in the troubles, a laughable notion, which would obviously have made everything far worse.

Various people tell me our problem has been communities that just do not know their neighbours well enough. This is not just some fluffy bunny thing, though it's got that dimension to it. Strong, sympathetically connected and concerned neighbours will show up sociopathy for what it is, and share information for the good of all with those who need to know. They are more likely to identify and understand the significance of potentially evil behaviour in their midst, before it comes to this.

An over-individualistic atomised society will produce its own sociopaths from surprising directions, grounded in any habitual willingness to set people against each other. Remember the Oklahoma City bomber, or the Unabomber. There has been great progress in building the kind of relationships we need in Wycombe on various levels. We have to stick with that progress and show up divisive sterotypes on all sides for the dangerous rubbish they really are.
Posted by Bishop Alan Wilson

Alan, as one from Northern Ireland, terrorism is always wrong. We know that only too well here, with ongoing physical and mental wounds.

I'm not sure that the solution here is actually the best one though- to welcome the terrorists into the government of the province. I can't think that Wycombe would want this guys released and elected to the local council. Particularly since there is still so much trouble, attacks, shootings, and sectarianism continuing, but which isn't reported via the mainstream media.

Just one point of correction: Dublin was bombed during the troubles, several bombs exploded in a coordinated attack in 1974 and 29 people lost their lives in Dublin and another town in the Republic of Ireland on that one day.