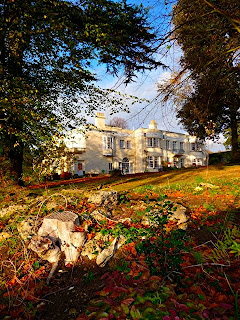 Reflecting on our Area Deans and Lay Chairs residential, the thought was that we could go away and talk in the abstract about how to sustain the sacred centre. Alternatively, we could instead go and sustain our sacred centre, with three creative spiritual guides to accompany our group and catalyse thoughts and prayers in ways that would deepen our awareness of God in our lives. I reccomend this approach highly for tired churches and groups. 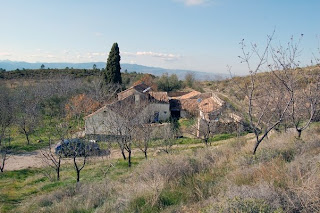 Our Second guide was Dani Muñoz-Treviño, a wondrfully gifted, creative and reflective priest. Dani has done a curacy at Hazlemere, and is just coming to the end of a time in Marlow, during which he has built an emergent congregation and led a number of arts projects and activities involving hundreds, and sometimes thousands of people. He’s off soon to create a new project in Andalusia, Los Olivos — a two hundred year old hacienda, set in thirteen acres of national park. This will be Spain’s first Christian Art and Spirituality Retreat Centre, opening in the autumn of 2010. 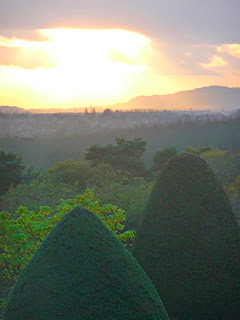 Dani took us through a journey together around the ways people engage with God in a time of change, accompanied by movie clips and community art. His presentation built, very much, on Ernesto’s in which we entered an Old Testament narrative at depth, connected with the soundtrack of our lives in Christ, then crystallised th learning into an image. There’s a sense in which this is an area where the first are last and the last first. Some well established churchgoers have real difficulty engaging with God through art and creativity, where people everyone might think of as being complete outsiders sometimes get it instinctively. 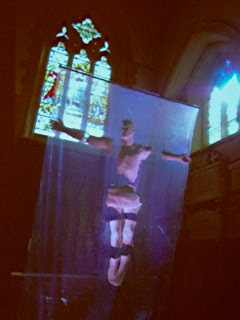 I was also struck by the way that high energy arts projects such as Dani has been encouraging in Marlow seem to generate the energy to sustain themselves in new ways, sometimes by the seat of their pants, but well enough to survive. This said something powerful to me about the possibiities if we think we are short of resources; one response is to go round weeping need until someone feels sorry for us and shells out. Another is to kindle more energy at the heart of the project, so that a kind of mutual firestorm develops between people who understand and feel passionate about it. If nobody’s passionate about it, this could be divine guidance to give it your best shot, then try another project. If people get passionate about it, energy and all kinds of resources seem to flow from that shared commitment. 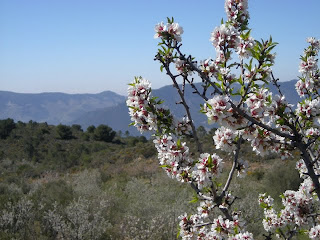 That’s the theory, and the gubbins of getting Los Olivos up and running will certainly test the theory. If Art is many people’s route to spiritual awareness, what matters is to unlock that potential in everybody, churchgoer or not. Gospel, good news, in an age where so much popular imagiation is locked down by sterile rationalism and superficial manipulation, is partly about refreshing the whole culture by releasing imagination. The Church’s role is not primarily to dogmatise at people from its own little bubble, but to celebrate and share images and experiences that create openings to God for hearts and minds and free the Spirit...
Posted by Bishop Alan Wilson