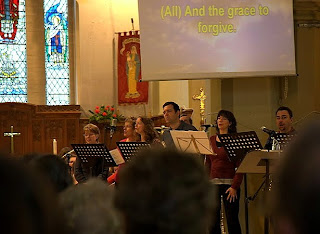 Holy Trinity Walton, Aylesbury, has long been a flourishing Evangelical Church. Since the 1860’s as a mission to workers on the nearby Grand Union Canal, it has grown disciples who wanted to make a difference in the world. It’s had various particular mountains to climb in the past few years. Not least among these has been a deeply problematic building. 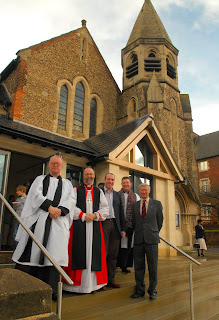 People look at Victorian Churches and think they'll last for ever, but check the foundations first — often the Victorians rather skimped on these whilst reaching for the sky in rubble-filled knapped flint. This is a particularly serious problem when the ground underneath is dodgy as well, with underground streams and other chalky downland delights. Real architectural creativity and technological skill have gone into this project to make good some of the proboems about the site and existing building. 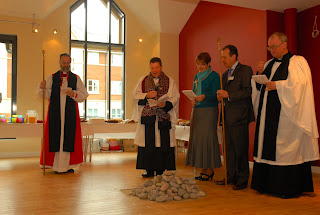 At one time the only option looked like a complete rebuild. Still, with inspirational leadership from Andrew Blyth, the Vicar, the building is now structurally sorted, with some real enhancements to the whole site tying things together and providing extra facilities for Ht’s many people and groups. There’s still substantial internal fitting out and reordering to be done, but the structural horror story is sorted. Like the best structural projects this one was tithed for overseas projects, and the local campaign to raise £900K has built new Churches in Pakistan and the Sudan, along with as other spin-off benefits. 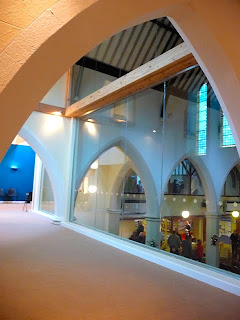 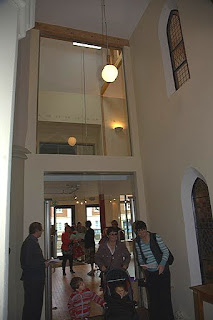 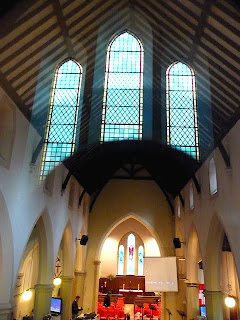 The vibrant sense of hope, joy and community spirit in was overwhelming when I went to reopen the building the other week. We placed stones, as signs of faith and hope, in a well which has come to light under the new reception area — a rather symbolic unexpected find. So, for Walton, this year’s Christmas present is a structurally refurbed building for Church, playgroups, community organisations and passers by — I noticed a shower suite in what used to be the porch for the use of people off the streets. 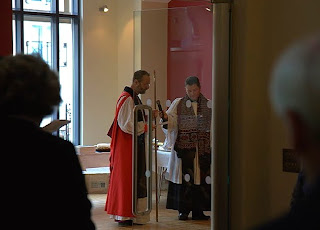 With substantial new building of all kinds in the Holy Trinity parish, it’s good to see a flourishing, growing local parish Church doing what it’s there for with real passion, prayer and commitment. Get the internal relationships and processes working together, say your prayers, grow a culture of generosity, and very good things can happen...

"Get the internal relationships and processes working together, say your prayers, grow a culture of generosity, and very good things can happen..."

I am absolutely with this Bishop Alan, and know it happens not just at evangelical churches. I also think that it is exactly what Diarmaid MacCulloch is saying in his open letter to the Archbishop of Canterbury, published in the Observer last weekend. The Anglican Church is a church which has traditionally embodied good internal relationships and processes, an accessible way of saying corporate and private prayer, and a culture of generosity. Diarmaid pleads for a return of these things in the worldwide Anglican church. If that could happen, we could see the kind of growth you describe at HT Walton - a passion for life. The Anglican church is traditionally an inclusive church. It's time to reclaim the word 'traditional' from so called 'traditionalists'.

I'm very much with you, Andrew. The work we've done on growing churches in Bucks showed us what we always knew really — there is no 1:1 link between what used to called "Churchmanship" and flourishing growing churches. This is just as well, since I think I'm finding all the old labels are showing their age and seldom seem to apply simply and directly to anywhere! But where the processes of a church are honest, direct, understanding, richly engaged, generous, growth (numbers and internal) seems to flow naturally from that.

Like you, I was very struck by Diarmaid MacCulloch's piece. It expressed a simple truth we all know but articulate too seldom. I hope we have the faith and courage to articulate ever more clearly the value of being the kind of church we are called to be, and have aspired to be in the past, not become a playground for bullies, autocrats and bigots. How do become the good news we preach?