Two ways to win an argument... 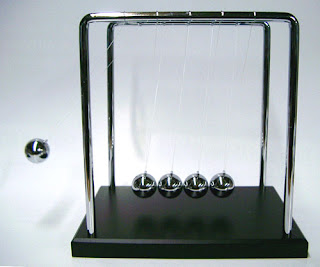 Some people have been asking me what I think the way forward might be on serious non credal issues arising from cultural diversity.
Somewhat in haste, it strikes me there are two well-worn but very different paths the Church could take to handle them:
One is fun, but... But what do I know?
Posted by Bishop Alan Wilson

It is wrong to try to stand above this debate and direct its course (Rowan William's big problem). Just speak the truth about the subject at hand lovingly and clearly in fearless disregard of the consequences. How's that for a method? Another level of abstraction is just another level of distraction.

I don't understand (2). Seriously. I can't read out from it any practical suggestions, and I wish I could. (1) is of course what got you into this mess.

The nearest to (2) I can imagine is the propagand/idealised version of a Lambeth conference, but I watched the attempted exorcism of Richard Kirker, and the real thing didn't seem to be working like that.

The first is the way the church handles its own internal business, in my experience.

What does one do in the cases where lives are at stake? Radical acceptance? Allow cultural diversity to imprison and kill? Love them out of it - hope they will see the error of their ways?

Thanks for taking this on: Anon, what you're suggesting sounds to me like "let your yes be yes, your no be no, everything else comes from the evil one." I suppose any discussion needs some kind of frame to support it, but the success of the enterprise in changing anything will depend, partly, on the willingness of the people involved to treat their frame as provisional. This can only come from will and motive, but people who are very fixated on their frame and conclusions are giving up far more if they grow up than people who always were more flexible of mind in their approach. Left to its own devices the underframed discussion can't happen, and the over framed one ends up as a form of ideological masturbation...
I see what you mean, Andrew and Alexis, and I can't disagree with you. I think religious organisations, like all family systems, probably get closer to (2) on a small scale than a big scale. I wasn't there but often wonder about the attempted exorcism of Richard Kirker. Ghastly as it was from many points of view, it expressed in unavoidable terms, the cultural gulf we are discussing here. Like getting the Angelinos and Kampalans to do a job swap. Without some degree of raw interaction, the whole thing is in danger of becoming a verbal game. And in the background I am also aware of what Ann suggests — lives are at stake, so if we simply draw in the horns and become self-righteous Western liberals, gay people in Uganda die. Ar some point someone has to engage with the culture at a real level, including the people who are driving the proposed abusive legislation.
Steve, I'm sure you're right, historically speaking. It may be we're just stuck with it, because acting like that is a strand in being human. I'd like to believe that there are other possibilities as well, though, including the Benedictine one (2). That hope has to be tempered, though, by the reflection that in a large community (1) is the default position. OK, lets have smaller communities, then. But the smaller the community trying to do this the more real it gets, but also the more painful and difficult. The higher the stakes become, and the easier processes deflect into (1). That's why very small religious communities aren't easier to maintain than other sizes.

So the question I come out fo this asking is "what sort of religious community do we believe we should be?" perhaps?

Alan, you say that at some point someone has to engage with the culture at a real level.
The implication is that there is one definite culture we could engage with if we only wanted to.
But African lgbt people have been talking to us for a long time, they have explained about culture and about their awareness that homosexuality has always existed in Africa and has been tolerated. Elizabeth Kaeton had this lovely article on her blog, Telling Secrets, a week or so ago, where she describes a conversation with African people who absolutely deplore “homosexuality”, but who have no problem with men “sleeping” with men because that’s just the ways of men.

Whose view of culture you will listen to will depend on which side of the debate you are already on.