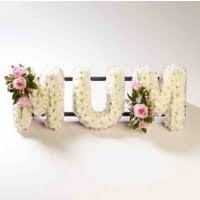 From the ridiculous to the sublime in the UK assisted dying debate. TV presenter Ray Gosling’s case is a matter for the police, but what’s claimed so far can only validate the “slippery slope” argument. If Mr Gosling did what he says he did, doubtless he meant well at the time. But how could this behaviour give rise to anything but criminal proceedings?

The legal implications of allowing any private individual to end someone else’s life with no accountability are terrifying. Harold Shipman may be chuckling in his grave. The present English approach may have what Baroness Finlay calls “a stern face and a kind heart,” but you don’t need a lot of imagination to see the pitfalls in turning the basic principle that protects people’s right to life into a mush. 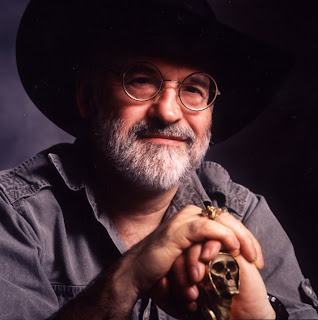 Cut from there to Sir Terry Pratchett’s Dimbleby Lecture, a passionate and intelligent plea for a tribunal to adjudicate questions around the ending of life for terminally ill people. As someone who holds life to be, in principle, sacred according to the sixth commandment, I am very wary about this proposal. However his lecture deserves careful reading. Having had both parents die with various forms of dementia, it could well be me in a few years’ time. I can recognise the compassion in his approach, which is emphatically not “anything goes.” It comes from someone who obviously has a profound respect for, and joy in, life. 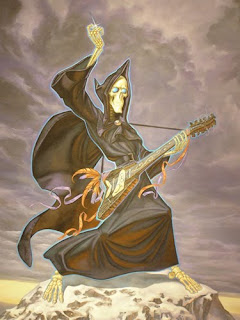 Right now a degree of clinical discretion is exercised, as it should be. This is done within a framework where the law basically protects life, the hippocratic oath applies, and anyone seeing a UK Doctor should be able to assume they will do their best to preserve their life. What I hear Sir Terry calling for is some body that could define such clinical discretion, and make it more accountable and substantial. I wonder who would want to serve on such a body, but I get the point.

Questions remain in my mind, especially about patients whose capacity to form judgments is compromised. Our worst 4 year run-in with dementia (short by many standards) involved all sorts of things being asked for, said, and felt by my mother. It was not an exact science or rational process. After asking to be turned off in the early stages, she actually recovered some taste for life in the last six months of her life, with excellent care. That might have been entirely different for someone else’s condition. Had she lived longer, she might have reverted to a depressive state. In reality, what seems perfectly simple would often be a complete minefield.

I am also disturbed by the social impact over years of anything that may tend to devalue life or collude with the depressive lie that old or disabled people are burdens in the way rather than fully valued. Some complex social and human purposes are better served by legally exercised discretion than legislation. If I ever came to a point of believing I needed to help a loved one die, I believe I should be fully accountable for that decision in all its particulars.

But Sir Terry wasn’t saying I shouldn't be — the exact opposite, in fact. Amidst various knee-jerk and rentaquote reactions I’ll be interested to see what people make of his proposal with a bit of mature reflection. I am not sure spreading clinical judgment to a committee is the best or only way, and I find any law that appears to confer less value on disabled people than others profoundly problematic, but I see the limitations of polemical absolutism in a complex area of moral decision making. Perhaps the real challenge is about old and ill people’s quality of life, not death.
Posted by Bishop Alan Wilson

Hi Bishop Alan, Hey the First Comment this time. I agree that this one is a complicated area, I do have Experience as a relation with this issue. I saw the way my Grandad (Fathers side) decline and my gran was visiting him in his Nursing home every day. I found it upsetting to see him like this, he used to say "Lord, I am ready, take me." I was in a way relived when he finally did go (1999) as I knew that he was in the best place and could not go down hill any more. More recently I saw my Mother's mother go down hill like this but she has come back up to full health. I remember before Gran recovered, my Mum being scared to ring her my Gran's sisters as she felt they would be unsympathetic to her going to Australia. "If Gran had not had gone to Australia then Gran would not be like this now." Gran wanted to go to Australia, mum said again and again "It is a long way to travel, Are you sure you want to go?" Grans answer being "yes" My attitude at the time was "If someone is going to live, IT NEEDS to be HAPPILY, and if she dies then at least she has been happy in her last days. I also made it clear to my Mother that that she had the moral High ground as She (Mum) did everything by the rule book as the DOCTOR said she was fit to travel. Gran has now fully recovered.

Thou shalt not kill?

AA, thanks for putting what can be a rather theoretical discussion into a reality context that many families face all the time. I don't think the law should be calling such things, apart from protecting the principle of saving life, and providing a system that calls people to account when, in terrible circumstances, case by case, there is no humanne alternative to shortening life.

I'm with you in the primacy of the 6th commandment, and respect those who take, for example, a ourely pacifist line as a result. The word in the commandments is, however, not hrg. This raises, in itself, the question of what circumstances could justify the taking of a life in a way that can't be dissolved without careful thought, reflection and prayer.

Having lived through the untimely deaths of all four of our parents, and seen two of them suffer (over months and years) the most undignified, painful and humiliating end, I have no easy answers. The medical profession has often done much to ease the passing of people who are already dying, and I cannot say that they are always wrong. But it is such a very very difficult thing, and one that can slip into eugenics and wrongful motives. My prayers for all who have encountered these dilemmas at first hand and who have lived through the strain and the worry.