This year our diocese is encouraging everyone to rediscover ways to sustain the sacred centre. This could induce Narcissism and Tea Light Overdrive, but it’s an important task. Humanly speaking, the whole life of the Church is powered by passion, prayer and spiritual conviction. If faith becomes thin and stringy, we will soon lose the plot, and with it, the means to be a transformative community. 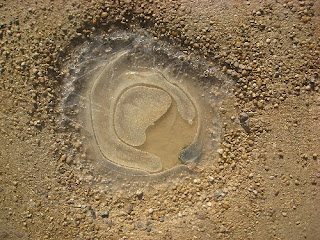 It’s an encouraging phrase, but how do we sustain the sacred centre? My archdeaconry close colleagues (Andrew, Caroline, Karen, Rosie and Roy) and I tried to think this through last autumn. There’s a lot of hype about spirituality, and we were trying to be realistic.

We needed to find something we could recommend, in the light of various complications:
So we came up with the notion of Six Days in Lent. This is official permission to spend one day a week in Lent out of your trench, doing something you believe will nourish your soul. Even if you’re wrong, it was worth the risk. You can block the day out as assiduously as you would a funeral or Church meeting, and write it into your schedule. What kinds of things? Karen, Andrew, Caroline and I brainstormed 40 starters to get the creative thoughts going: 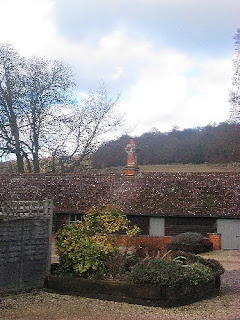 In this spirit, this first week of Lent, I headed for somewhere I’d never been, Pelagos in Latimer. This is a new and innovative Spirituality development centre in the best countryside on the Underground, near the River Chess. Various events go on there, and it’s available to people and groups for all sorts of different purposes, including, last Saturday, a day exploring Jesus’ wilderness experience with 30 others. It struck me how much of our feeling and thinking is shaped by a crush of immediate externals. In a desert the externals are much more basic. I was interested by parallel between what happened to Jesus in the desert and Richard Rohr’s concept of how men to grow up, or don’t, which I’ve described elsewhere. The wilderness is a crucible in which we engage with greed, ego, and possessiveness, set apart from the toys and concerns that feed those old friends. 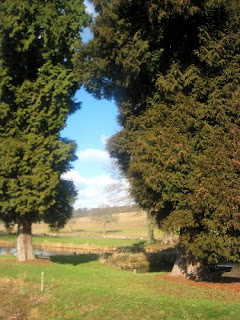 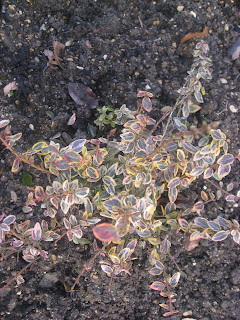 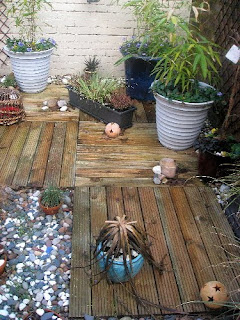 Next up? I’m taking a session to read The Horse and His Boy — the only Chronicles of Narnia children’s book I’ve never read. Then van Gogh or Chris Ofili, I wot... Watch this space.

I'm trying to follow some of these suggestions in my blog - dmh0.blogspot.com - I'm not confining myself to six days but trying to do 3 or 4 each week. Last week we happened to be near Bourbourg so visited the Caro Chapel. That took some negotiation because it was closed... more on the blog later today!

What a lovely idea....I think I'll pinch it and maybe suggest it to the parish as well. How refreshing to do something positive. God bless.

Fantastic idea. Sounds like a fun and edifying lenten discipline. I will pass the idea on and try it myself.

Oh dear, David! Sorry about French opening hours... Karen & I will very miuch look forward to stories of what people got up to, and spiritual refreshment associated...

David, thanks for afntastic piece on the Caro chapel! http://dmh0.blogspot.com/2010/02/anthony-caro-chapel-of-light.html

I'm glad "pulling rank" worked, and commend the trip to anyone else looking for something to do apart from boze cruise on a day out in Boulogne!

I'm trying to inspire people in the Parish to try some of these Sustaining ideas. I think quite a few read my blog but I don't think they are up to commenting! I now need to work out what I should do this week. 'Just sit and be...' was good for last week.

Our diocese has an official policy of two days off per week, and for the last two years, I've tried to follow it (though I suspect I'm one of few who do). This Lent, as it happens, I've been asked to be a ski instructor, so one day per week I get to teach 5-7 year olds how to ski. It's immensely fun, and re-creative, as we all focus on making pizzas and french fries with our feet, and I reconnect my body and my soul.

When I give up something for Lent (Only really applies to Edible and drinkable things) I always give it up until Palm Sunday rather then Easter Sunday as Palm Sunday represent the time when Jesus came out of the Wilderness, but then Do not have any the the Given up Stuff the 6 Sunday between Ash Wednesday and Palm Sunday.