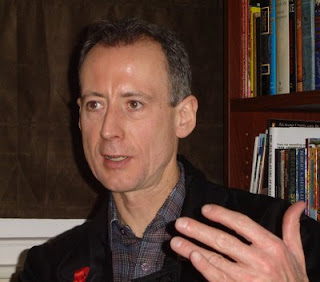 Much as I may disagree with many of Peter Tatchell’s views and methods, I respect his passion and sincerity. I’m interested (h/t Church Mouse) in his account of why he is a secular humanist:

Religion is the world’s single greatest fount of obscurantism, prejudice, superstition and oppression. It has caused misery to billions of people worldwide for millennia, and continues to do so in many parts of the world. As a human rights campaigner motivated by love and compassion for other people, I would be betraying my humanitarian values to embrace religious beliefs.
... 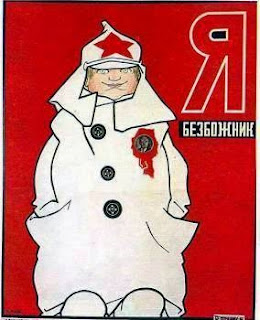 By the time I turned 20, rationality finally triumphed over superstition and dogma. I didn’t need God any more. I was intelligent, confident and mature enough to live without the security blanket of religion and its theological account of the universe. Accordingly, I renounced religion and embraced reason, science and an ethics based on love and compassion. I don’t need God to tell me what is right and wrong. We humans are quite capable of figuring it out for ourselves. 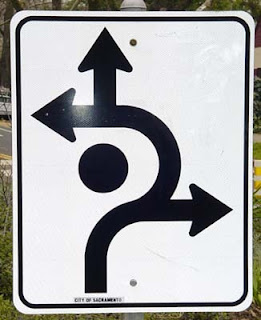 What particularly interests me is that, coming from a similar generation but with a loving and decent (but not Evangelical Christian) upbringing, his description of his formation in atheism rings a bell for me. A similar process led me in precisely the opposite direction as a teenager, from atheism to faith. Bearing that in mind, I'd fill in a similar form, perhaps, a bit like this:

Religion, like politics or sex, is part of being human. There’s good religion and bad religion, some healthy, some toxic. Failing to realise that made atheism seem clever. I had high ideals, but a limited capacity to distinguish between my own passionate feelings and a higher truth and calling which I have not yet attained, but towards which I could still struggle. Faith in God prevents me always externalising the foe, and reminds me that I have to struggle within myself to be the kind of change I want to see in the world, or all my efforts will be no more than anger and opinionations self-righteously aimed at others. 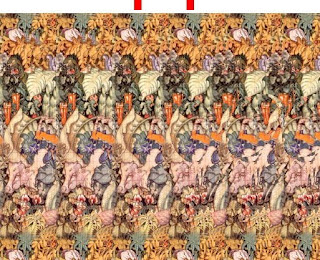 As a teenager, I realised that although I didn’t need God, better people than me had searched seriously for him. He did not exist as an object, in the way I had crudely imagined as a child. I became intrigued by the elusive possibilities this raised. Following up this perception was rather like the 3-d image in a magic eye picture emerging from what had seemed a simple, if complex, 2-d one.

Thus it dawned on me that things are not, in fact, always what they seem, and reality has many planes and dimensions. In a universe where something as basic as number theory cannot be anchored entirely securely in rational axioms, I came to see that human reason could not possibly be the measure of everything, but pointed beyond itself. Grasping reality would require awareness of hermeneutics, and a sense of history, as well as my own opinions. 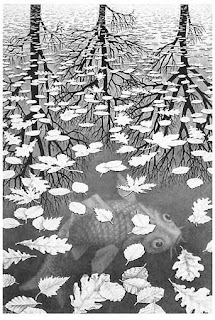 Accordingly, I searched beyond simplistic secularism and began to grasp the complexity of life. I studied history, and engaged with the languages and content of Biblical texts on an adult level. I don’t need God to tell me what is right. I do, however, find his spirit gives me more wisdom, grace and power to live than I can generate within myself. We humans are quite capable of figuring it out for ourselves, but frustratingly incapable of delivering the goods on the basis of passion, and our own time- and ego-bound reason and emtion.

FROM ADRIAN C
Peter Tatchell is in conversation at this year's Greenbelt Festival. It will fascinating to at least witness or be involved in that. At the risk of making this a Billy Bragg dominated comment week (I mentioned him yesterday) first time at Greenbelt he commented, 'We don't seem to believe the same things but we seem to want to do the same things in the world'. Peter Tatchell's comment, 'We human beings are quite capable of figuring it out for ourselves' doesn't explain why we are so bad about doing anything about it. Perhaps what 'good religion' and PT share is being both people of hope, and of action - hopefully that common ground alone should make for an interesting conversation.

Bishop Alan, yours is a lovely personal testimony. I agree that living the Gospel day by day is the difficult part of being a Christian and the area in which I need the most help. To those who ask, "Are you saved?", I say, "I need salvation every single day."

I grew up in the faith, and except for a period of a few years of going through the motions of practicing the faith with little conviction, believing that God had little to do with me or mine, but wanting my children to grow up in church, I've been a life-long Christian.

Then, by the grace of God my dormant faith came alive again, I suppose by the sheer grace of God, and while I can't say that I've never questioned or doubted, deep within I've known that God was with me.

I can't imagine what's it's like to come to faith from a position of no faith, to figuring things out in my head or having a road-to-Damascus experience. As I've posted in a permanent position on my blog, to me faith is not so much certainly as it is acting-as-if in great hope.

My goodness! I didn't intend to write an essay.

Great article and good demonstration of how to engage those with whom we disagree with kindness.

Marcus
I think it goes beyond disagreeing with kindness. You also have to genuinely respect the integrity of those you disagree with and not see yourself as somehow superior, wiser or more clever. And you have to listen carefully to what they say, not so that you can refute it more easily, but so that you can truly understand it, find common ground, find where it's only a different use of language that separates you. And respect genuine differences without wanting to "win".