The Importance of Sincere Atheism 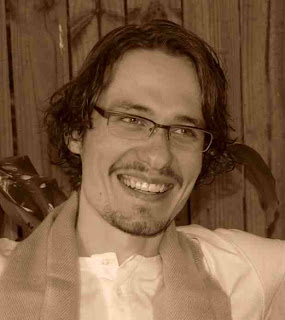 Atheism is to Christianity what Baldness is to hairdressing — a poor substitute, you may feel, but an important “absolute zero” calibration for the thermometer. Ben Myers is an Australian theologian from Sydney, who has researched the writings of Samuel Becket. As the Global Atheist Convention opens in Melbourne he offers some fascinating theological reflection. 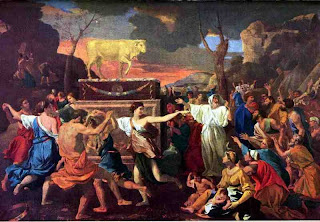 Ben points out that Karl Barth used to begin his courses with the atheism of Feuerbach, because he believed that until you had journeyed beyond the “God” constructed by Bourgeois conformists in their blindness and blandness, with their easy certainties, you could not begin to journey towards the Real Thing. Ben goes on to suggest:

The real test of the Convention will be its willingness to resist easy certainties, its capacity to accommodate vigorous difference and debate (I nearly said to accommodate doubt). I’ve attended many theology conferences, and most of the time you’d be hard pressed to find two people in the room who actually agree with each other. Unquestioning agreement and lack of argumentativeness are always sure signs that a tradition has stagnated. The purpose of a conference or convention is not to celebrate our sameness, but to join together in a shared project of intellectual inquisitiveness and exploration. The Atheist Convention will be a worthwhile event if it creates a space for this kind of inquisitiveness, if divergent views are seen not as departures from the party line but as opportunities for argument and discussion, if the mood is one of questioning and exploration rather than certainty and collective self-affirmation.

Above all, the Convention will be a success if it cultivates serious reflection and resists the cheap allure of slogans and marketing gimmickry. I wonder what Samuel Beckett would have thought of an atheism so easy and so confident that it can fit on the front of a T-shirt or the side of a bus. Atheism as a lifestyle choice – an atheism you can believe in. Frankly, I suspect Beckett would sooner have believed in God. 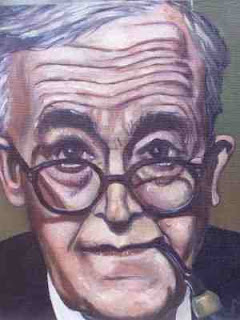 Reflecting on my own teenage struggles in coming to faith, it took me a while to learn it was actually possible to doubt doubt itself — to achieve radical free thought, if you like. That’s the zone in which God’s reality first began reallly to dawn on me, rather than a Charismatic meeting or similar. I’m not saying there's any partcular virtue in that. It’s just the way the penny dropped for me. Perhaps, as Barth suggested, faith needs the astringent of taking atheism seriously (as it has since the Book of Job), to prevent itself from mushing down into mental idolatry. If so, genuine dialogue between sincere atheists and Christians could genuinely have as much to offer Christians as atheists.

I read an interesting Blog Post from the Naked Pastor that talked about his Inner Atheist. He doesn't see this part of himself as a bad thing, as a temptation or a weakness, but perhaps more as a Jungian shadow, to be embraced rather than rejected in order to retain sanity.

I love that idea. Hints of apophasis methinks. I can happily walk into the cloud of unknowing thank you very much, but as you know, I'd appreciate some light at the end of the tunnel eventually (or at least a glint of air through the ventilation shafts from time to time).

Alan
Thank you for this timely and important post!
I am fascinated by your statement that it is possible to doubt doubt itself. I only understand thist as an act of faith – either toward God or toward atheism. But I assume you are saying that there is a credible intellectual way of doubting doubt?

You might be interested to read The Book of Atheist Spirituality by André de Comte-Sponville, which certainly seemed to me to be an example of sincere atheism.

I'm a fan of apophatic theology and mysticism, so Comte-Sponville's book made a lot of sense to me. I also enjoyed Godless Morality by Richard Holloway.

The journalist John Cornwell describes an interview he conducted with Graham Greene shortly before Greene's death. He asked him, "Do you be believe in God?" "No!" came the waspish reply. "Do you believe in Jesus Christ as Son of God?" "No", Greene replied, equally waspishly. "Then what do you believe in?", Cornwell inquired. Greene replied, "I sort of believe in the resurrection. I have doubted deeply, but now I have begun to doubt my doubts". Cornwell, who was speaking to a student group at Warwick University about Richard Dawkins, observed that Dawkins seemed incapable of doubt, and was therefore incapable of doubting doubt, which for Cornwell was prerequisite for profound faith.

And what you say about an ability to doubt being a prerequisite for profound faith also excludes a vast number of Christians from the faith spectrum.

What interests me here is the question of whether a purely analytical approach can result in the realisation that doubt can be doubted. My simple intellect tells me that the only thing we can say for sure is that we don't know, and therefore agnosticism is the only purely logical belief. Everything else is faith, and to that extent certainty is faith too.

I pity those that not only have no faith but also see it as their life's duty to remove the gift of faith from those that DO have it.

Should I doubt my doubt in fairies at the bottom of the garden or the tooth fairy? How about my doubt about Zues or Zenu? Any guide as to which bits of our doubt us atheists should doubt more than the others?

Can I then doubt my doubt in doubt? Do you? Where does that leave us? I'm not sure but I don't think it's much further forwards.

Many thanks for a very interesting ventilation, especially (highly recommended) on Adrian's blog.

perhaps what we are really discussing is epistemology (how we can know anything). Erp, the substance of Richard Dawkins' antitheist faith is an almost childlike conviction he has got some kind of magic handle on objectivity of the kind historians of the Lord Acton generation beleived was possible, but the possibility of which had evaporated by the 1960's.

I think Erika has it exactly right. The mathematical basis for Comtean logical positivism collapsed before the first world war (Frege sets), which is why Bertrand Russell gave up maths in the 1920's. Wittgenstein exposed the utterly shaky nature of its supposed bedrock well before the 60's. In those terms modern antitheism simply seems a relic of the Edwardian high summer, whose followers can't understand why the sun isn't shining any more.

I get the 'agnostic' or theist/atheist-lite stance as the logical position (acknowledging limited grasp on knowledge), can you please explain more/link to what you mean about the collapse of "the mathematical basis for Comtean logical positivism...(Frege sets)...Bertrand Russell [and] Wittgenstein"? I'm a bear of little brain and don't wish to be obfuscated (by accident).

A/monkey, in grt haste, and with a health warning that I ain't no mathematician and it's 30 years since logic class at University, The mathematicians I had in mind were Frege and David Hilbert, whose formalist concept was that there could be no unknowables in mathematics. For a ref try http://plato.stanford.edu/entries/frege/

Both F & H worked hard to provide an absolute and secure basis for mathematics by proving that all mathematical reality was consistently derivable from axioms that were all-encompassing. Nothing less could be considered logical. The assumption that this was doable underlies much late Victorian mathematical logic.

Godel's principle of indeterminacy, embedding linguistic logic in number theory, produced examples of demonstrably indeterminate sets. The mathematical copperbottom of "logic" assumed by Comte and friends could not be proved by Frege or Hilbert over 50 years of trying, and were transcended / undermined by Godel. Although Russell expressed his relief at having given up mathematical logic in the 1920's, it was his detection of a paradox in Frege sets, before WW1, that blew the lid off formalism.

If something as fundamental as numbers could not be secured to demonstrable truth, what else could be? Returning to this stuff makes me realise that my career as a teenage atheist, with associated logical positivism, was undermined far more by maths than theology, which I only went on to study later.

What Godel showed, as I understand it, is that mathematics (or any formal language strong enough to capture mathematics) could not prove its own consistency (i.e. that it was impossible to derive a contradiction from its axioms and rules). And, that if maths is however consistent then it was incomplete (i.e. it is possible to derive an expression that is true but not provable within the system). Its beautiful and did show that maths was not reducable to classical logic.

With reference to "strong" vs "weak" atheism I do sometimes wonder if there isnt another mathematical fallicy underlying it: Yes, we can never disprove the existence of god (or anything else) but this doesnt imply that strictly not knowing means there's something like a 50-50 chance. If I throw this dice it can either land a 6 or not. That doesnt mean there's a 50% chance of hitting a 6! - Even Dawkins says he's (if I recall correctly) a 7 out of 8 on the scale. But he also draws the equivelence with not being able to prove the absence of fairies at the bottom of the garden either. Why should I doubt my doubt in fairies any less so than my doubt in god?

Thanks for finding the link and trying to explain it.

I'm sorry not to explain this very well... For me the nub was this — that nothing could be held to be real, and, following A. J. Ayer, even sayable, if it was not provable against empirically demonstrable reality.

What was the most consistent and demonstrable reality was mathematically described reality. Learning allw as not what it seemed and such a core part of mathematical truth as the axioms of number and set theory were unprovable meant either abandoning conventional maths as a nonsense in the way I had at that time decided to abandon religion, or opening my mind to the complexity of different kinds of reality beyond the provable, indeed the possibility of extended languauge signifying something beyond the provable.