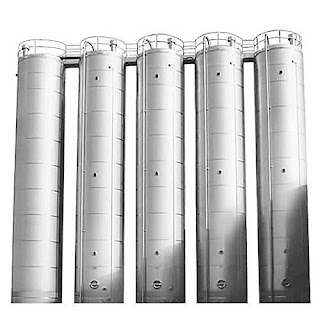 Maybe there’s just too much information out there. A lot of discourse these days, even, sadly, Christian discourse, goes on in silos within which everything makes perfect sense, but in a way that’s utterly incompatible with the people in the next silo. Simplistically binary thinking is a powerful force. I am thus fascinated by scapegoat behaviour, from the idiocies of the UK right wing press on asylum seekers to René Girard’s magisterial analysis of its centrality in culture and religion. 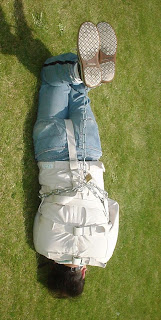 I wonder about the way labels are used sometimes, even among Christians, for name-calling, aka soft scapegoating. The words “Liberal” and “Fundamentalist” are now no longer usable outside the playground. A while ago I took a vow not to call people names they don't own for themselves. One Southern Baptist I met in the middle east once pointed out to me “where two or three are gathered together, a chicken’s gonna die.” Actually that last comment is about something slightly different, but it's a powerful line.

In this context I was fascinated by a recent comment from Richard Rohr's daily email: 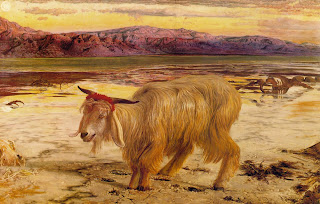 Christianity is the only religion in the world that worships a scapegoat figure as God. It’s really quite amazing that we worship a visible victim rather than an apparent victor. (Catholic art never hid the scandal here!)

In worshiping the scapegoat, we should gradually learn to stop scapegoating, because we could be utterly wrong, just as “church” and state, high priest and king, Jerusalem and Rome, the highest levels of power were utterly wrong in the death of Jesus. He was the one that many of us call the most perfect man who ever lived, and yet they all missed the point. That should give us some healthy humility about how wrong power can be, and how wrong all of us can be.

If the highest levels of power can be that wrong, then be most careful whom you decide to hate, kill, exclude, and diminish. Power and authority are not always good guides, if we are to judge by much of human history. For many, if not most people, any authority takes away all of their anxiety, and often their own responsibility to form a mature conscience themselves.

PS — Plea (probably fruitless) to the playground: Please let us not do to the term “Orthodox” what has been done to “Liberal” and “Fundamentalist.” It is the chosen designation of those who live within the original expression of Christianity, an ancient, vibrant and resonant tradition. It deserves more noble use than as readymix filling for other people’s custard pies.

I love Richard Rohr. He distills the theological writings of Girard and Alison into the most powerful spiritual insights and meditations.

I always think that what characterizes our Christian debates is that they are completely “us” focused. Horizontal, if you like, rather than vertical. We talk about God, not to him, which almost results in excluding him completely. As though having firm ideas about what God is like and what he does and doesn’t approve of was of overriding importance, so important in fact, that we absolutely have to be right about it.

In contrast, people like Alison and Rohr live with God and talk about what that means. That’s not to say they don’t have firm Christian-political views but they seem to arise out of something much deeper than human thinking, and they certainly are never used as sledgehammers against a perceived opposition.

I don't know about other commenters, but I'm quite happy to call myself a liberal, in both the religious and the political sense - there comes a point, of course, where it's the same thing.

'Radical' is another word that's suffered in this way, which is a great pity, because its original meaning is wonderful - getting back to the roots, rediscovering what's - ooh, look! - fundamental.

Perhaps we should take a lesson from other groups and start reclaiming some of these 'dirty' words.

Erika,. many thanks for your vertical/horizontal distinction which I think does feed over-binary (dualistic?) thinking. To be aware of everything we say and do being held in the attention of an all-loving God should make it less important to polarise people who are different into notional opponents, who then get clobbered. The underlying mental idolatry reveals itself in wholly unnecessary, graceless and vituperative misunderstanding. Thanks for pointing out the difference of approach.

e/st Thanks for your self-identification — so if I really wanted to use the term, you sound like someone I could explore it with intelligently, rather than just using it as a dirty word. And, as you say, why a dirty word?

It's a woolly liberal, Andrew!

As a self-described "Orthodox" Christian, and political liberal, I tend to agree.

Last Sunday, for the Orthodox, was the Sunday of the Veneration of the Cross (3rd Sunday in Lent), and we surround the cross with flowers. That is intended to reveal something, but it can also hide something. In New Testament times, when you saw someone carrying a cross, chances are he was doing to die on it, a shameful death. When Jesus said "Take up your cross" he wasn't thinking of a pretty decoration in church. And when we surround the cross with flowers we are saying that we accept the shame and glory in it. That's what a scapegoat religion means.

And I'm a pinko liberal, and proud of it.

I'm not sure I'm up for intelligent conversation, but I happily self identify as a contemplative Liberal.