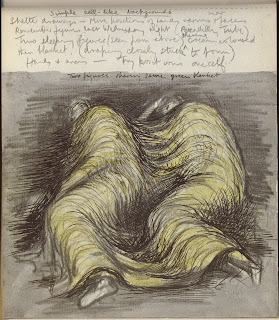 Our eldest daughter Catherine and her boyfriend Tim are going to spend a night out on 23 April in the Madejski stadium in Reading. They are raising sponsorship for the Reading Single Homeless project — donate (Just Giving) here. RSHP provides affordable accommodation and support for people who, having experienced homelessness, are vulnerable and socially excluded. 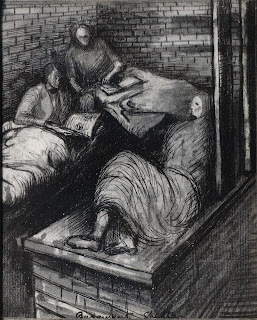 It’s similar work to that done by Padstones, a charity of which I’m president that provides intermediate accommodation for young singles in South Bucks. Their centres are fully staffed so as to provide not just a roof over your head when things have gone wrong, but freinds and the stability of a community as you get set up for the future. Average stay is under a year, but the need is increasingly acute.

Churches have been at the forefront of raising awareness on homelessness. In Wycombe, along with the English Churches Housing Group hostel, the old tea warehouse, local congregations take turns to run a Wycombe Winter Night Shelter of their own using their resources and premises, organised by the Revd Paul Willis. I was struck earlier this year by this report from St Stephen’s Soundwell, in Bristol, about their sleepout last November. It’s very much a “Go Ye and Do Likewise” job, say I:

As with all the charities I am involved with working in this area, there have been grants and other sources of aid, but the backbone of the activity is voluntary fundraising. As we contemplate reduced future government spending, it’s very important that this kind of work doesn’t lose out to the billions spent on management consultants (no offence) and causes like idiotic jumbo computer systems for the NHS. The latest score there is that a big order that was placed in 1999 at a cost of £1BN to be delivered by 2005. It’s still not fully delivered and is currently set to cost £4BN. Thus the money goes, private contractors and consultants rake in the cash, and the poor starve on the streets. It’s hard to put a kind construction on this reality, really, even in election year...
Posted by Bishop Alan Wilson

Homelessness is such an under-researched area. In the US, research shows that 40% have a disability that impacts on their ability to find work and afford housing, or even ask for benefits.
Very much a cause close to my heart, having been a Trustee and worker for shelters helping men, women and children find safety from violence.

And there are (for example) so many people on the autism spectrum who are quite unable to find work, or complete a benefits form (or locate anyone to help them with it in ways they can understand and cope with), so end up homeless and destitute.

We often think abject poverty is something that happens abroad, and yet we have too many people starving and dying on our own streets.

So good to see charities and churches working well to resolve this.