And they call it pappy love... 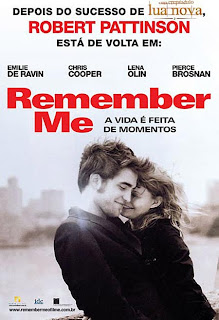 Remember Me is a melodramatic family weepie in a fine tradition that runs from Dark Victory to Terms of Endearment. The movie comes with an unusual radical twist at the end.

This is no place to give plots away, but if Big Pierce Brosnan had moved his business to Omaha Nebraska after his family affairs began to mend, he would have saved himself a few bob at the florists later on. 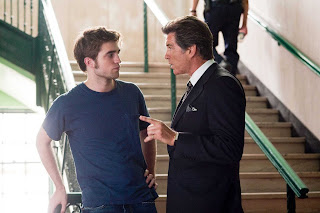 This is a big acting outing for Robert Pattinson, as a serious actor. He plays Tyler, an angry young man who lives in spectacular squalor, that may remind UK viewers of Rik Mayall and Ade Edmondson in The Young Ones. Tyler is a kind of noughties Brando or James Dean — owner of the quiff to launch a thousand quips. Tyler has a semi-estranged Rich Daddy (Brosnan), big ’n distant, but surprisingly willing to use his smart Manhattan office for father-son yelling matches, even during crucial business meetings with the Japanese. 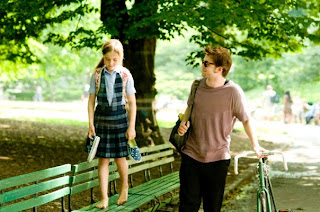 Meanwhile Caroline, Tyler’s adorable baby doll sister, goes to a posh seminary for young ladies with a surprisingly dog-eat-dog sixth grade — 1830’s Rugby School, but in Manhattan. Like all spunky NY 11 year olds she has her own art show at the met, and we wonder whether Big Daddy will bother to show up. Enter Ally, who has her own Big Daddy figure, a burnt out Oirish Cop, with much to be burnt out about, including his baby doll daugher. Ally and Tyler fall in love, natürlich, but in a rather studenty set-up that causes friction between the young star-crossed lovers when Tyler owns up to the game. 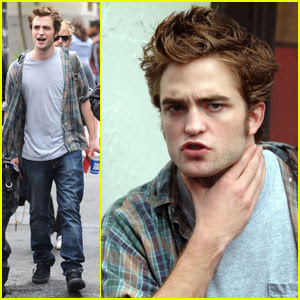 Well, that’s the line-up. If you feel like a Hot Vindaloo Emotional steambath, or are a teenage girl with a crush on Robert Pattinson, this is the film for you. If the plot sounds mawkish or sentimental, just wait until the final reel. It’s one even Oprah may find contrived, manipulative — meretricious, even. 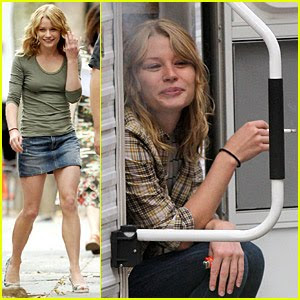 Or maybe not. Woody Allen said on one famous occasion, “my jejunosity is my finest feature.” If you don’t find the ending too tacky, there is much real good in this film. It’s well directed and paced, and the actors shine within the conventions of the plot. It took forty years to make a movie about Pearl Harbor. I wonder if in a few years time, when events in Manhattan in the autumn of 2001 have receded into history, people may be more kind to this movie than they have been so far.

Remember Me is finely acted, given the script, and good natured. Everyone goes a bit over the top, but this is melodrama, and possibly not the most manipulative film ever made. The moral is a good healthy “Carpe Diem.” It is emotionally absorbing, and it deserves recognition for what it is. Three and a half out of five.
Posted by Bishop Alan Wilson