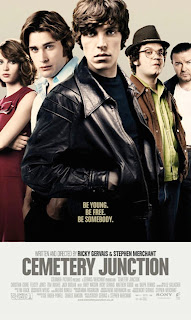 I really wanted to like this film. I carefully excluded from my mind local knowledge from having lived in and around Reading for twenty years, and resolved to enjoy one of the first nostalgic portrayals of the eighties. I had an idea that Ricky Gervais, master at drawing comedy out of banality, would pull off a major coup applying inside knowledge to the town of his birth. I was disappointed by a Curate’s Egg of a film. Superb acting, with flashes of comic genius in the script, was entirely let down by some big structural weaknesses. 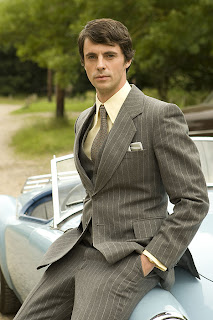 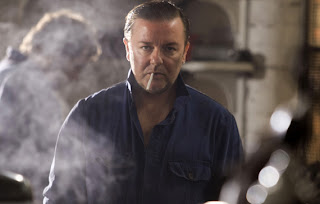 However, the bonfire never ignited, not in our cinema. The problem with this film is far more fundamental than acting ability. At the first pub lunch of the project some basic questions needed sorting – is this Reading? If it is, how do we make it seventies? If it isn’t how do we weave a credible place together? Is it about the place or the firm, or the family or the girl? Who are these people? How and why do they matter and know each other and what are the implications? Sadly a lot of these basic questions were not answered, or answered ineptly, and the result is to sabotage the whole film. 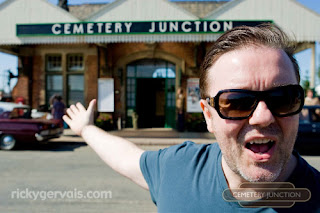 The actors’ best efforts are wasted on a sloppy, inept, half-baked script which is perilously short on laughs for a conception with no consistent sense of character or place to redeem itself. Whoever picked some of the locations needs to be shot — but if they didn’t know what they were looking for anyway, you can hardly blame them for not finding it. Reading is a very average place. It did a passable imitation of fifties Croydon in Let Him Have it (1991), and anyone in doubt about the culture of the place at the time has only to watch Paul Watson’s groundbreaking 1974 BBC documentary The Family. 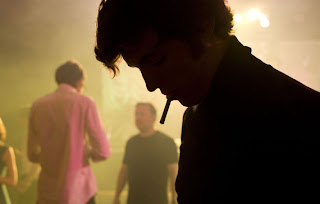 So, Locations shouldn’t be a problem, but they are. You walk out of a tiny three cell lock up, with its two rural policemen exhibiting an extraordinary tolerance of being beaten up by youths. You find yourslf in what is obviously Woodstock, a Cotswold Stone village built around an eighteenth century palace. It might just make Middlemarch. Over on the left is a large urban night club, just like the Top Rank Suite that any Reading resident of the seventies would recognise. But what is it doing in the middle of a Cotswold Village? and so on and so on. Look, the whole story hinges on the damned place. Therefore it matters desperately that the originators had no coherent sense of place, or didn’t know how to string locations together convincingly to produce one. They either have to sell us the set in the way Woody Allen sells Manhattan, or at least make it a believable enough crap town for us to understand why people have to get out of it. Confusion about place is a fatal flaw in this particular story. 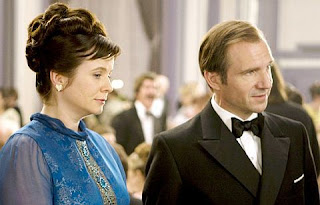 Add to this prime basic weakness the occasionally half-baked depiction of character. What 12 year old doesn’t know his girlfriend’s father’s job? Is the nicely drawn Insurance Bash the reward of hottest salesmen, or a geriatric dinner dance? What man from the Pru wouldn’t know if one his clients had just died and claimed on a policy? and so on, and so on. The writers would have done well to follow the advice of one of their own characters — “if nothing happens to you when you’re walking down the road, keep it to yourself.” 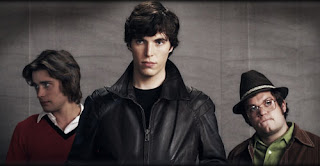 Last obvious nail in the coffin is the occasional failure of the script to follow the most basic rule of all drama — don’t tell them, show them. Nobody actually says in a job interview “You went to a low-grade State Secondary School typical of the poorest parts of Southern England that produces people who are not ever expected to make anything of their lives. I know. I went there too.” Who is the character actually talking to anyway? You need to establish character and place early on, granted, but not in such a crass and obvious way — and you can use pictures to do so. That’s the whole point of film. 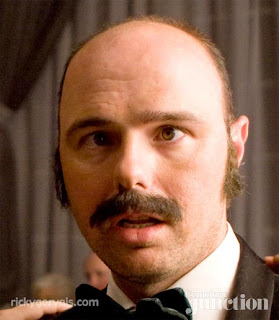 This film’s basic structure just hasn’t been clearly thought out enough for excellent, nay stellar, character performances to redeem the mess. Brilliant actors wasted on a muddled, half baked script lead to a tragically naff result. I liked the characters, though, and I’d love to see this lot in a properly thought out film. Two out of five.
Posted by Bishop Alan Wilson