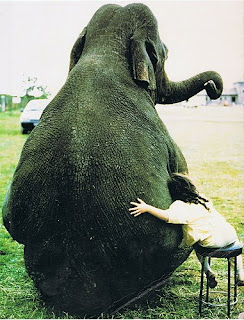 Challenged to tell the world what religious poet I would take to a desert island, I didn’t know where to begin. I could not have failed to mention Milton. His Paradise Lost is, after all, the greatest poem in the English language. Faced with interminable hours to explore on the beach, however, I thought I’d try something diferent. I want to join the Les Murray Liberation Front. Quite apart from anything else, Mr Murray was numbered in 1997 by the National Trust of Australia among its hundred Australian Living Treasures. How could a mere Secretary for Foreign Tongues compare with an official Living Treasure? 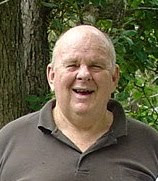 I’ve quoted extensively from Murray’s “Religion and Poetry” on the Guardian CIF site: But here is one of the first poems of Murray’s I read, ten years ago or so. It caught my eye straight away. What a legend! Murray calls poetry “the only whole thinking,” and this unassuming but amazing poem takes ordinary words and weaves magic. Theme, language, metre and rhythm fit together gloriously unpretentiously into one of the world’s great works of art. The best poetry is fabulous music that makes like you were there!

Tuckett. Bill Tuckett. Telegraph Operator, Hall’s Creek,
which is way out back of the Outback, but he stuck it,
Quite likely liked it, despite heat, glare, dust and the lack
of diversion or doctors. Come disaster you trusted to luck,
ingenuity and pluck. This was back when nice people said pluck,
The sleevelink and green eyeshade epoch.
Faced, though, like Bill Tuckett
with a man needing surgery right on the spot, a lot
would have done their dashes. It looked hopeless (dot dot dot)
Lift him up on the table, said Tuckett, running the key hot
till Head Office turned up a doctor who coolly instructed
up a thousand miles of wire, as Tuckett advanced slit by slit
with a safety razor blade, pioneering on into the wet,
copper-wiring the rivers off, in the first operation conducted
along dotted lines, with rum-drinkers gripping the patient:
d-d-dash it, take care, Tuck!
And the vital spark stayed unshorted
Yallah! breathed the camelmen. Tuckett, you did it, you did it!
cried the spattered la-de-dah jodhpur-wearing Inspector of Stock.
We imagine, some weeks later, a properly laconic
convalescent averring Without you, I’d have kicked the bucket...

From Chunking to Burrenjuck, morse keys have mostly gone silent
and only old men meet now to chitchat in their electric
bygone dialect. The last letter many will forget
is dit-dit-dit-dah, V for Victory. The coders’ hero had speed,
resource and a touch. So ditditdit daah for Bill Tuckett.
Posted by Bishop Alan Wilson

Great poem, and thanks for sharing it. But the (rather large) pedant in me wants to point out that V in morse code is ditditditdah (think the opening phrase in Beethoven's Fifth). Ditditdah is U. Seems like Les forgot - or was that the point?

Thanks so much for pointing this out, O Eagle-eyed one! It had me straight back to the text and the embarrassing discovery that I copied it wrong!

Now corrected, with grateful thanks.