Cole Moreton’s Is God still an Englishman? How we lost our Faith is a brilliant, compelling journalistic romp through the past thirty years of goings-on in the Church of England by a disillusioned Charismatic Evangelical. It’s the low-church version, so he doesn’t really do Gary Bennett or Brian Brindley, but his vignettes of various Evangelical attempts to call down fire from heaven and defibrillate the old girl are painfully acute. His marvellous eye for detail and crisp, open style make this a real page-turner, although it is stitched together from various pieces penned nearer the time. 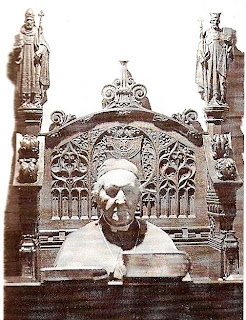 It sounds a loud death knell for the C of E as the all-pervasive National Trust for Morals presided over by Almighty Gawd himself. Cosmo Gordon Lang invented this role for it in the 1920’s. It reached its apogee under the Headmasterly eye of Geoffrey Fisher, and suffered its inevtable Oz-like deflation in the days of Robert Runcie. Attempts by George Carey to transmute this vision of Church into a new model C of E plc are seen as a dying flick of the tail. Cole Morton sincerely bought this Kool-Aid at a time he was very impressionable, swilled it, relished it, gargled it for the best part of twenty years, and is now, with relief I would think, spitting it out. 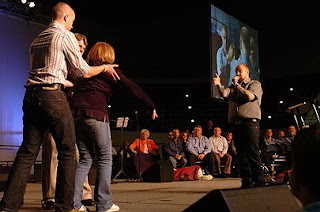 On the way he provides a fascinating and at times painfully acute critique of the various crankdoms and nostrums that were going to save the C of E through the eighties and nineties. None of them, surprise surprise, turn out to have been all they were cracked up to be. All the various Evangelical Body-building schemes seem to have built some muscles, but in funny places. This book should, therefore, be compulsory reading for all Ecclesiastical Don Quixotes. 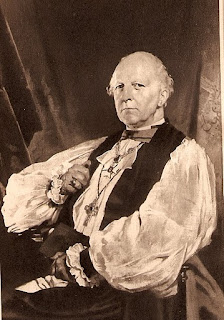 What is less secure is in the book’s grasp of the longer sweep of history. It takes the Cosmo Lang/ Fisher fantasy as sober absolute truth, rather as Fisher and Lang did, then projects it back in a monolithic way that, if true, would, for example, have made the Civil War impossible. But the book isn’t, and doesn’t pretend to be historical. It’s a most excellent topical romp through the stories that made the Church trade press, seasoned by hindsight. 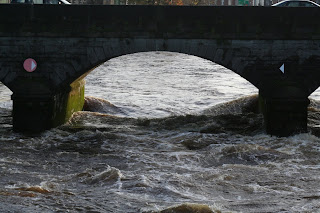 And when, in W. H. Auden’s poem, the lovers they were gone, the deep river ran on. It is this deep river that the book attempts to plumb for its view of where all this leaves the English. It’s very hard to put flesh and bood on that kind of Englishness without sounding like a folkloric fetishist, but the book does land, in the end, on Peter Owen-Jones, a Sussex Non-Stipendiary Vicar, who relates in sincere, compassionate, subtle and creative way to the community he serves in what can only be described as the very best traditions of the Church of England. 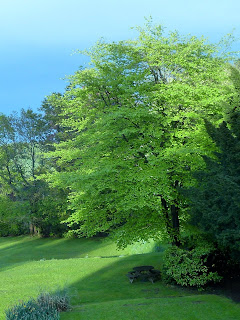 Whilst young Cole was getting slain in the Spirit and lancing himself till the metaphorical blood ran, there were thousands of vicars all over England, of all Ecclesiastical stripes, doing an Owen-Jones type Job. Thank God, there still are. I was burying the dead of Reading myself, and learnt from the thousands in whose front rooms I sat a mass of information they don’t teach you at college. Many of the people I served, Churchgoing or not, were far wiser, more loving, courageous human beings than I’ll ever be, and their general spiritual instinct to prioritise the Good Samaritan over Boanergic indoor Churchy games, was, in the main, sounder than any of us knew at the time.

This book chronicles someone struggling his way, using Church, through Fowler’s stages of faith development from stage 2 to early stage 4 (Mythic-Literal to Synthetic-Convetional to early Individuative-reflective). Therefore there’s much good to come. Ahead lie the increasingly sunlit uplands of stage 5 — that’s where the crock of gold, if there is one, lies. It probably always did.

There's a phrase that will live long and propser ...

Thanks for another take on the book. I offered a somewhat more mixed review a couple of weeks back. We both appreciate some of the same things in the book, but I had, I think, rather more criticism.

I don't think you're quite right about Cosmo Lang - he was a classic Lux Mundi Catholic who invested hugely in people like Dick Shepherd, explicitly gave up trying to moralize for the nation over the Herbert divorce act, and started travelling round the Levant charming patriarchs with branch-theory ecclesiology and a lot of pendant neck charms. Not for nothing is one chapter in his biography called Alterius Orbis Papa - just look at what he's wearing in your photo. In many ways he was the really significant Anglo-Catholic leader of the twentieth century, a much more influential character than Ramsey.

Thanks, Jonathan — Now all we need to do is dig up Betjeman to write about what goes on in our Boaergic "dark and furry cupboards"

Doug, many thanks for the link across — we have fascinatingly parallel takes in some ways. I wasn't that stirred by the nonsense about Morris dancing. It just struck me as a twitch of Fowler Stage 3 conscousness arising from the old religion he'd lost; Perhaps we'll all end up as Hindu Morris dancers, but I doubt it!

I think some of Lang's friends were perplexed by a contrast between the dynamic young Bishop of Stepney (and Dick Sheppard patron) and the "pompous, proud, prelatical" William Orpen figure (Hensley Henson: "To which of those epiphets does your grace take exception?"). If that rather ben trovato Henson tale is an accurate reminiscence, one fellow of All Souls to another, I suppose there may have been a twinkle in Lang's eye as Henson asked it.

I suppose my rather jaded specs were coloured by a less symathetic reading of Lang in 1937 — horsetrading a ban on marrying divorcees for APH's bill, rather than (like Henson) understanding the need for change.

The least sympathetic Lang portrait I know of is Richard Daveport-Hines' view, to whom I am indebted for the (non Orpen) picture of Lang in this entry. It probably over-demonises Lang. It's a fair cop. I've been reading too much Henson, perhaps! Thanks for your sage corrective.

And, stop press, on reflection on Fr Robin's words, perhaps I have bashed Lang when I shuld have bashed Garbett; his "Claims of the C of E" (1951?) is perhaps the apogee of the Grand Imperial Delusionist interpretation. All this, with Geoffrey Fisher on the throne!

Interesting review of Is God Still An Englishman. This foreigner found it an educational review of his host country's past 30 years or so of social history. Good fun too.
www.blackwatertown.wordpress.com