Various bleary eyed politicians are now nodding off on TV. Time for them to sleep, perchance to dream.

Fact is, Everyone has slightly underperformed. There has been a substantial swing to the Conservatives, especially in England, but with a very erratic granularity. Turnout was very slightly up, by 4%, but from one of the lowest ever. Time to consider internet voting?

So the options to ponder over the cornflakes in eight hours’ time are rather fascinating. 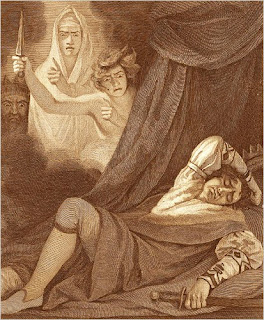 I think I bet on the power of inertia to produce a minority administration, elected on a slogan of “time for change!”— not quite, morally, what Michael Gove calls a “strong, stable, Conservative-led government.” Perhaps this would be followed by another election before five years are up. However there is no necessity for this. Constitutionally, Gordon Brown could do what Ted Heath did in 1974, and try to form an alliance with Liberal Democrats.

How Democratic is all this? A minority government could not, morally, be presented as the will of the people. Indeed UK minority governments have not been particularly strong. It’s actually the will of 38% of 62% = 24% of the voters. More people didn’t vote at all than voted for anyone. And, actually, far more people voted for second and third parties than for the winning party. This leaves two options for the future, and it will be interesting to see what our politicians can get their heads round, or not:

I think the political classes probably don’t have the imagination and collaborative capacity to do the former, especially all bleary eyed in the morning. You could read the tealeaves to say people wanted Change, includng Gordon Brown out, but not quite David Cameron in as El Supremo. The decision lies in the heads, hands and imaginations of our politicos — something that of course, we are always assured can’t happen in a first past the post system. It just has. Spoonbending times!
Posted by Bishop Alan Wilson

Well, in my constituency, the Misogyny Party won by 176 votes; no doubt assisted by the Animal Illiteracy Party and the frankly libellous accusations made by a now-unlicensed Anglican deacon who runs a private anti-abortion rights lobby group.

The Conservatives have no real mandate in the Celtic fringe. The English for the most part don't care a great deal for Labour although actually Labour has a good number of seats, and a Lib-Lab coalition would have a greater absolute number of popular votes. The Conservatives can't run a majority colaition based on LD support alone.

If I thought the Conservatives would run the country as a minority government without catering to its misogynist, homophobic, talibangelical wing, and the KPMG backroom boys and the derivatives bankers, I'd be content with a Lib-Con agreement to play nicely with each other and not upset the horses.

Sadly, I don't. Even the young woman who won here has a chequered and murky academic background; nothing like having a hugely public affair with someone else's husband, but in Oxford, these nuances matter.

I'm both sad at the result but happy because there is now a small chance that everyone will have to work with each other and there's a ghost of a chance that the Tories have some integrity in its leadership and lead for us all, rather than for its own followers.

Sounds like another reason to be cheerful I went to Cambridge...

I had a few phone calls enquiring about the Rev you mention, who is very much a freelance.

Your post made me think about the way that elections are explicitly about immediate policy issues, where the bigger issues and attitudes that make you trust a candidate or not lurk in the shadows behind.

I was fascinated by Peter Hennessy’s comment on the radio as I drove back from a service this morning that UK politics is not divided between liberals and conservatives (like US politics) but herbivores and carnivores. It's the way they play out their various games in the next few days that will determine whether your hopes, which I think I share, are fulfilled. I can’t see any real progress withoout a proper voting system where you get the power you deserve, but then people have been saying that since 1865 without getting it, so I'm not holding my breath!