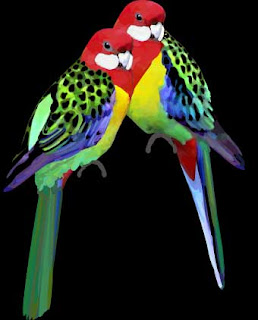 Some people have been asking about the Les Murray Poem I quoted from in a Guardian CIF piece last week. I’ve had one fascinating conversation about why standard snarky atheists who show up always and everywhere with vituperative little digs about sky fairies stayed away for most of the week’s Question about poetry and religion on desert islands. I wouldn’t know why, but am reminded of a line by U. A. Fanthorpe, in another context, about the disciples. Perhaps it applies to all militant evangelists, even atheists:

My sheep and goats,
Virgins, pigs, figtrees, loaves and lepers
Confuse them. Fishing, whether for fish or men,
Has unfitted them for analogy. 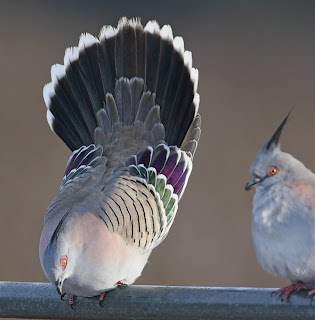 Anyway, here, as food for thought, is Les Murray in all his glory on Poetry and Religion

Religion are poems. They concert
our daylight and dreaming mind, our
emotions, instinct, breath and native gesture

into the only whole thinking: poetry.
Nothing's said till it's dreamed out in words
and nothing's true that figures in words only.

A poem, compared with an arrayed religion,
may be like a soldier's one short marriage night
to die and live by. But that is a small religion.

Full religion is the large poem in loving repetition;
like any poem, it must be inexhaustible and complete
with turns where we ask Now why did the poet do that?

You can't pray a lie, said Huckleberry Finn;
you can't poe one either. It is the same mirror:
mobile, glancing, we call it poetry,

fixed centrally, we call it a religion,
and God is the poetry caught in any religion,
caught, not imprisoned. Caught as in a mirror

that he attracted, being in the world as poetry
is in the poem, a law against its closure.
There'll always be religion around while there is poetry

or a lack of it. Both are given, and intermittent,
as the action of those birds - crested pigeon, rosella parrot -
who fly with wings shut, then beating, and again shut.

Email ThisBlogThis!Share to TwitterShare to FacebookShare to Pinterest
Labels: Les Murray, Poetry, Religion, U. A. Fanthorpe

I heard that in the Epistle of James the Greek can be translated:
Be poets of the word and not only hearers?

I recently attended a short conference on Wisdom in the Bible and how it might relate to mission - and it seemed to me (and has done for some time) that when we try to bend faith into a rational shape so we can communicate it to rational people we risk distorting it beyond usefulness.

Incidentally I learned there that the Book of James is often considered to be Wisdom - an idea I hadn't come across before.