Lions and Unicorns, mods and rockers 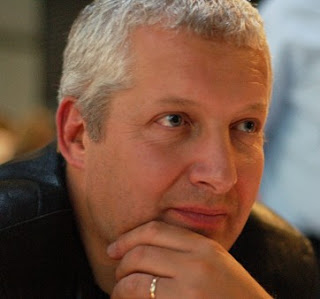 One of the great highlights of last week was finally meeting Euan Semple. I’ve come across Euan as a thinker and educator (in the broadest sense), and have long been impressed by his pragmatic wisdom, systemic awareness, and ability to open rather than close down, or geek up, new media issues. Euan’s blogged our conversation here.

On the face of it I was after new ways to raise my colleagues’ capacity to engage in the new media landscape, and Euan is indeed a resourceful friend in this world. 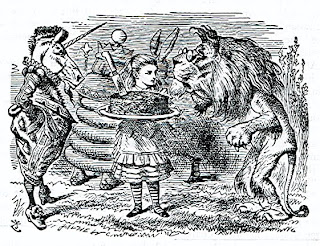 Most interesting, however was to chew over how communication develops people and groups of people. We have entirely different world views when it comes to orgnaised religion anwyay, but some strongly congruent instincts and values — freedom, emergence, openness. 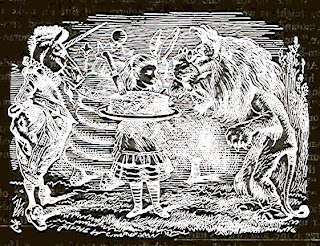 ms there is a Right brain creative world of wacky possibilities to which the internet gives all kinds of flight. Now that anyone can communicate with anyone, hierarchies lie helpless — look at BP, for example, flailing around, trying to manage its image in the context of its present oil spill.

However there is also a minimal but essential Left brain rigorous standards world, without which the whole thing is imposible. A few infrastructural rules make the whole communications structure, possible. We saw a fundamental difference between blinkered rules that, taken too seriously, restrict human flourishing and others that enable it. One feature of good rules is that they don't draw attention to themselves, just serve a bigger infrastructure elegantly.

So the relationship between order and complete liberty sounds like a tussle between the authoritarian lion and free range unicorn. People get their security and meaning, the ability to articulate, from a settled order that revolutionaries then subvert by asking questions which initially irritate system professionals, but change the order of everything and eventually move the whole game up a notch.

For this to happen you need enough common framework for questions to be asked, but an anarchistic freedom in asking them. Put it another way — Jesus receives a Pharisaic / dogmatic education, then goes round from within it, asking Pharisees cheeky questions that subvert everything. So we deconstructed human communication as something almost like a religion.

It struck me how elements of the Christian tradition work this way — creeds, commandments, golden rule. Once people become self-conscious about them, however, and add their own powergaming, they soon become death warmed up; licenses for insanity.

It's a struggle reflected by everything from the war between Data managers and Creatives in industry to St Paul’s great struggles to locate the Jewish Law in its place for the infant Churches of Rome and Galatia. It mirrors our own internal conflict between painting by numbers and free expression.

Bad “religion,” in this sense, takes itself too seriously, frames issues too narrowly for forward movement, closes down fresh possibilities for meaning, and becomes a license for stuckness, paranoia and, ultimately, sociopathic insanity.
The law, as St Paul was wont to say, is fine as far as it goes. It just does not go as far as its most enthusiastic afficionados think

Good “religion” in this sense thakes the same raw materials, but encourages people to tell their personal and pragmatic stories. It frames discussion in a way that can fly, by holding creative, open articulations within a minimalist framework that exposes everything to human, empirical fit. Its truth is emergent rather than propositional; or, as the man said, by its fruits ye shall know it.
Posted by Bishop Alan Wilson

In his blog Euan says "One of the things I found most interesting in our discussion was Alan's description of the Anglican church as being loosely organised, relatively dogma free and encompassing a really wide range of religious beliefs."
And that comes through in your post too.

Leaving aside that there is no Anglican Church, do you believe this still holds true, or are we talking about a church and communion of churches that is slowly disappearing and being replaced by a much more structured and regelemented one?

I couldn't agree more. What a wonderful article. In a similar vein, Robert Craft quotes Stravinsky as saying that classical music was obsessed by form. The suggestion was that slavish adherence to form made for a stifling environment, whereas pushing the boundaries of form enabled creative impetus...

This is very, very stimulating - thanks! For me it has loud echoes of the discussion of a few days ago about approaches to education and the concept of 'syllabus bound' and 'syllabus free'. The link is about how can individuals can flourish within an organisation which remains true to its purpose but which does not constrain people within its own preconceptions of what that purpose is.

For the church there is surely rich stuff here. What strikes me is the idea that there does indeed have to be a 'enough common framework for questions to be asked'. The challenge I suspect for some church communities is to avoid being so rule bound that the anarchic prophetic voice is never heard - for other churches it may be that they actually need to understand the framework in the first place in order to allow the words those same voices speak to be understood.

My comments don’t seem to get through lately, although I get confirmation that they are awaiting moderation.

On his blogpost Euan Semple says
“One of the things I found most interesting in our discussion was Alan's description of the Anglican church as being loosely organised, relatively dogma free and encompassing a really wide range of religious beliefs.”

Leaving aside the fact that there is no Anglican church, do you still believe this to be true of the CoE and the Anglican Communion and sustainable in the future?

Thanks, david for your encouragement. Jazz always strikes me as the ultimate expression of the musical truth you're expressing — very simple basic structures give birth to personal improvisation in community.

Adrian, I think you've identified very acutely the need for both prophetic voices and an infrastructural order in which the prophetic voice can mean something, be tested, and subvert creatively.

Erika, I hope your comments are getting through OK. You're right the whole fiction that there is a single "Anglican Church" does no justice to the principle of autocephalous order which is inherent in the Church of England.

I think there are elements of our culture which encourage creativity and freedom, and elements which undermine it by fragmenting everything: things fall apart, the centre cannot hold — what Philip Larkin called "sliding down the slide like free bloody birds."

I believe Institutional forces reassert themselves most not they've got it, but when they feel they're losing it.

In the end a "starfish" organisation that is locally dispersed and formed around a simple concept of what it means to follow Jesus Christ is likely to amount to more, survive better, than an elaborate "spider" organisation that relies on centralisation and exclusion.

But that's a matter of faith, not sight. I believe God's a big lad and well able to look after himself. It's his minders and bouncers who are genuinely under threat, and, as with the original scribes and Pharisees you can't expect them to like it or go quietly.

You're right the whole fiction that there is a single "Anglican Church" does no justice to the principle of autocephalous order which is inherent in the Church of England.

Bishop Alan, unless I'm mistaken, you speak of the Church of England in the above quote, and yet there are those, both in the US and in England, including the Archbishop of Canterbury, who seem to be pushing for an ecclesial structure for the whole of the Anglican Communion, which would seem totally unworkable to me.

Hi Alan, and Others Reading this.

After hearing your sermon on Thursday, then seeing the Article about Rowan Williams, asking the US Provincial Archbishop to carry her Miter rather than wear it, that would have annoyed me. I would have gladly shown proof of Ordinations and of Consecration as Bishop but I would have wanted to wear my Miter in return for it, Mainly because If I am wearing it, I can not loose it. Not ignoring the Media, but wanting to find out both sides before I form my own opinion, it seems to me that Archbishop Rowan has a difficult balance to apply. On the one hand he will upset the US Bishops, and that will create a further split, but on the other he would have to appease those bishops in the UK, who would grumble at him for allowing the Women to wear their miters before we (the UK) have appointed our first.

I certainly free like putting myself forward for General Synod House of Laity, assuming I do not have to become a member of Deanery or Diocesan Synods first. If I do not get elected I put it down to "God does not want me there"