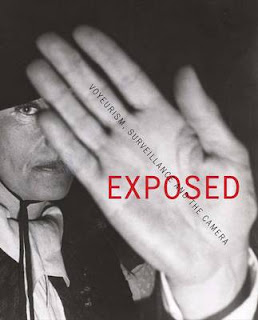 Once upon a time, all we had to prevent us eating each other in public places was Civic Virtue and the Old Bill. Now we have over 4 million surveillance cameras in the UK. We British really love ’em — New York gets by with a paltry 5,000, where London has more than 400,000. Keep smiling, because unless you are in Church or on the can, you can pretty much bet you're starring in someone’s real life Big Brother show. And they call it a liberal society.

Tate Modern is putting our ongoing Snoopy Show into context with a summer exhibition Exposed: Voyeurism, Surveillance and the Camera. I thought I’d go along to find out where it all began. The Victorians had a variety of gadgets, including cameras hidden in shoes and the tops of canes, to record the unwilling. Cartier-Bresson snapped his Leica around the streets of Paris with sublime results, some of which are in the exhibition. 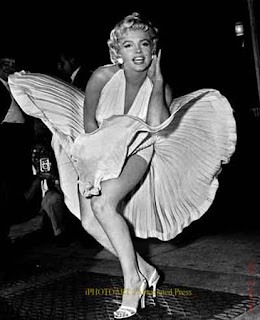 Developing technology since the nineteenth century has delivered images to feed a growing culture of celebrity. Here is Garbo sheilding herself from the camera with a perfectly formed hand, and an utterly wonderful shot of Kim Novak trying to sit down discretely in a dining car whilst a row of men in homburgs sit and stare. The exhibition includes Weegee’s iconic shot of Marilyn Monroe accidentally on purpose flashing her thighs over a stream of hot air. All culminates in the Paparazzi martyrdom of the Princess of Wales, captured in some newspaper stories of the day. There was interesting work by Alison Jackson, who spoofs the whole idea by using lookalikes in a way that makes you think “surely it can’t be...” It isn’t. 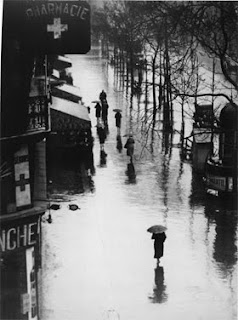 There were some fine historical examples of Candid photography, in the Monty Python sense — Brassai’s images of 1930’s secret and scenes from mexican bordellos to travellers on the New York Sunway. Stripped of the accoutrements of glamour photography most people look surprisingly contemporary, simple and innocent. 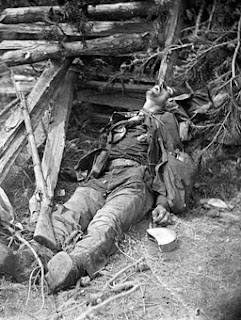 There is a harrowing section on war, which takes us from the shocking images of carnage thrown up by the American Civil War to the human débris of concentration camps, Nick Ut’s Vietnam and various recent gulf wars. One image stays on the memory — Lee Miller’s shot of the fair-haired daughter of Leipzig’s Bürgermeister, draped exquisitely over a chair, hours after she had committed suicide with Nazi Germany collapsing around her. 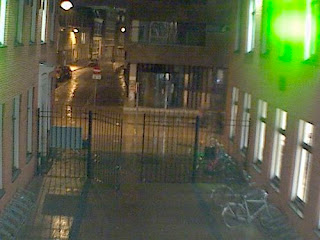 The extraordinary mechanisation of snooping has not improved the quality of the images. The final rooms make you wonder who watches this stuff, and how close we are coming to an entirely surreal position where we are all constantly photographed for the amusement and edification of machines. Once nobody’s watching any more, what is the point? The almost complete elimination of privacy raises interesting questions about the integrity of the person, and the almost complete elimination of liberty by the control mechanisms required by unfettered liberalism. Time for a re-think?
Posted by Bishop Alan Wilson

It was often said after reunification that one of the reasons for the collapse of the East German regime was the flood of minute information on everybody. It simply becomes impossible to process and to prioritise, which renders the whole process ineffective and gives the excessively supervised citizens more de-facto freedom than a much reduced surveillance strategy would provide.

Not even churches! I was talking to a vicar on your patch who was telling me that he had installed surveillance cameras in church so that it could be left open all day.

I was just going to ask are we sure that we're not captured in church and on the can, but I see that one of my questions is answered by Alan. About the other, I'm not at all certain.