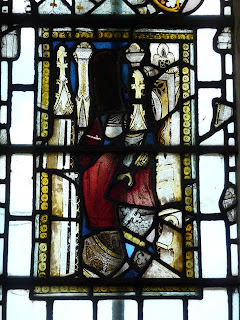 There’s been interesting discussion on Fr Milovan Katanic’s blog and elsewhere (including Steve Hayes’ wonderful blog) about hobnobbings between Roman Catholic and Orthodox leaders and the prospects for some kind of institutional merger. It may seem harsh to think everything ecclesiastical couldn’t simply be popped in the pot and boiled up into some great and glorious stew. However, because it has no externally imposed universal papcy, the Orthodox vision of God demands a kind of holistic coherence that calls for clarity and integrity on its own terms. Boiling up the stew would actually mush the ingredients to death. 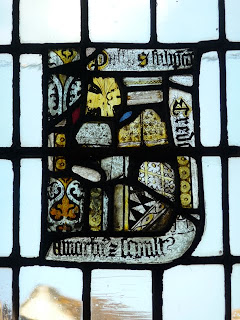 So we come up against the mystery of the Church (in its broadest sense) as a clearly articulated but provisional reality. Every genuine expression of Christian discipleship carries within it the seeds of the whole, and one or two particular strands of glory. However, part of that inheritance is an awareness that its human expression is provisional (this side of glory). It does its job when, by its very limitations, it points beyond itself. The real glory of the Church lies wabeyond syncretism, and aly so beyond rational-bureaucratic imperialism.

An organic but limited and provisional awareness needs to inform any debate about the limits of national Churches. What rights does one church (small c) have to park its tanks on other churches’ lawns? Say “none,” and you compromise the totality of the vision that says we all belong to each other. Say “every right” and you walk the foothills of the toxic mess I’ve just called rational-bureaucratic imperialism. There has to be a better option than either of those.

One comment does stick in my mind from Fr Katanic’s blog, by Romanós.

All this smooching between hierarchs and popes is really quite comical, if not even tragic at a deeper level. I have long since personally given up hoping for as well as renouncing the kind of “unity” that this represents. For me, it is simply a non-issue. The unity which Christians share is above all a grace of Christ in the Holy Spirit, and we know that the Church has never been divided and never can be, but for those who battle it out on the external level. The canons of the Church are in place for good reason, and the lines have been drawn with good intentions, but all of these are temporal and fade away at the approach of Christ, for whose sake all who follow Him have given up all, and in whose presence all our righteousness, orthodoxy and orthopraxy, for all their “glory”, are still just filthy rags. Christ has saved us in spite of ourselves, so our best response is to love one another as He has loved us, without plucking each other’s eyebrows in the process.

I love this post.
And I think there is a case of separating out when differences become so great that a greater harmony can be achieved by walking apart and relying on the overall unity in Christ.

What I really dislike is the tone of these debates. All sides are terribly self-righteous, dismissive of the arguments the others make, contemptuous, and in the end it becomes a battle about being right or wrong, winning or losing.
That way, everybody loses.

I too love this post and agree with it.

The search for organic unity holds no interest for me: it wastes a lot of time and is rarely mission focussed. Where churches come together in mission- well that's exciting!

However, just to add a contrary note to this....it would be helpful if those who said these things recogmised those of us in non conformist churches as churches, the eucharist/communion/mass as a common table and our ordinations as valid.

Increasingly I want to scream in ecumenical gatherings that all your words about love and welcome mean almost nothing when you fail to recognise your brothers and sisters as you recognise yourselves. But that is probably another debate...

Nice and very informative post. One of the best blogs I have ever come across. Thanks for sharing your knowledge. Fantastic and thorough post. it will be good if the author continues posting on this topic. A well thought and researched post about this topic. I’ll visit this blog again
San Diego contemporary non-denominational church