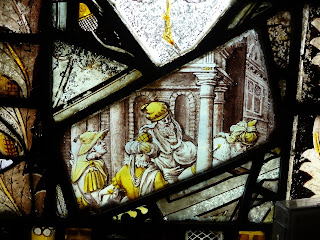 It is wonderful to be part of a large tradition of Biblical interpretation that is so much bigger than the latest paperback, or the shallows of Fundamentalism. It is a joyful thing to swim in deep water, which we do when we engage with the Hebrew Scriptures in depth, accompanied by the rabbis. 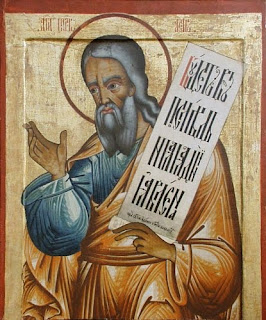 Licensing my friend and colleague Jo Gallant at Flaunden on Friday, the call of Isaiah came up. Someone has been asking me for the reference to the “Jewish Book” I used.
People have asked where it came from, it was from the Gemara of Chapter 3 of the Fifth Tractate (Makkoth) of the Fourth order (Neziqin) of the Babylonian Talmud.

It relates to the Mishnah of Rabbi Hanania ben Aqashya on Isaiah 42 about the number of mitzvoth the Eternal has commanded. If you wanted to have a passage of the 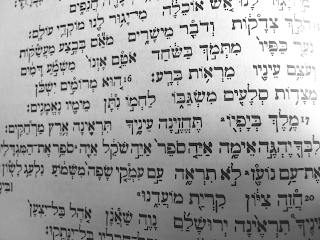 Hebrew scriptures handy, it would be Isaiah 33:15-16. It looks as though this particular segment of Gemara is ascribed to Rav. Hamnuna, a fourth century Babylonian rabbi — “Isaiah came and reduced the number of commandments to six.”
I’ve put my comments from Friday in italics!

Check out the book on Episcopal Café today - saying some of these things too?

'... nobody will do anything if there isn’t something in it for them."

I meed humbling generosity and selflessness every day in ministry and I'm sure that you do too ...

Ann, many thanks for the link to EC — it's amazing how thoughts do sychronise across thousands of miles...

Jonathan, I'm sorry not to have expressed myself more clearly. You're absolutely right! All sorts of people we both encounter, often, I'm glad to say, in Church do amazing acts of kindness and generosity for their neighbours for nothing.

However I do think they are being generally countercultural when they do this. Some dioceses even find that collection rates for the common fund are higher when it is linked to "having your own vicar" than when it is simply presented as a matter of open generous living for its own sake...