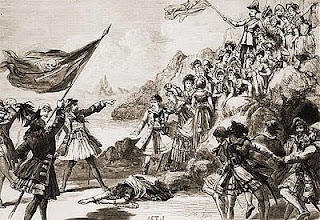 Every now and then something comes along that is completely silly, but essentially delightful. I’m not a major Gilbert & Sulivan nut, but like most students of late 19th century British society and politics, I have studied the lads’ œvre. Operetta buffs may recall that HMS Pinafore was so extensively ripped off around the US that The Pirates of Penzance opened simultaneously in New York and London. The excellent execution of this piece is, in itself, a work of art that deserves exposure this side of the pond.