Day 2: The Marmots are Coming 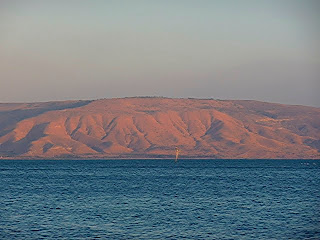 Holy Land Pilgrimage Day 2, marked by an amazing sunset which made the land of the Gergasenes irradescent pink like Ayers Rock. I watched the show unfold from a supine floating position in the Sea of Galilee, with friends from the party.
Some impressions of today: 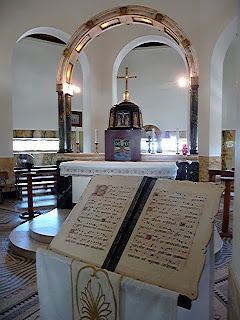 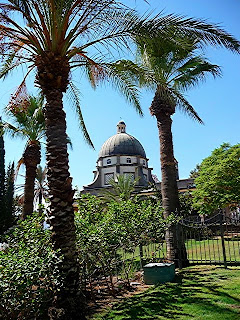 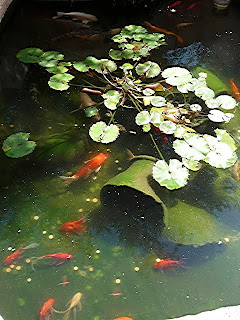 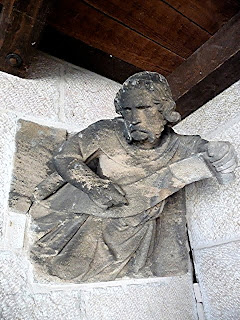 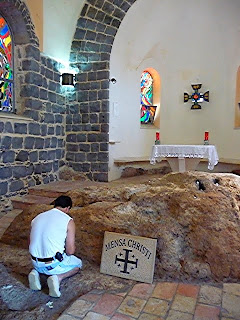 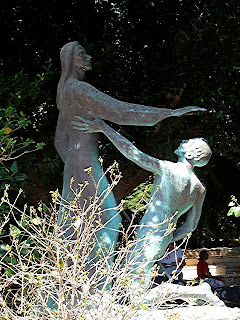 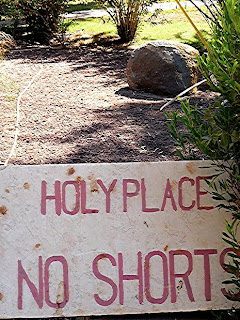 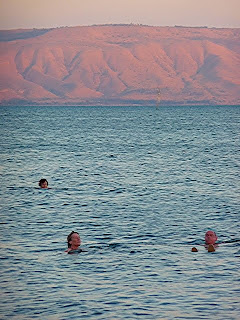 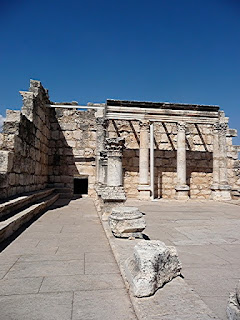 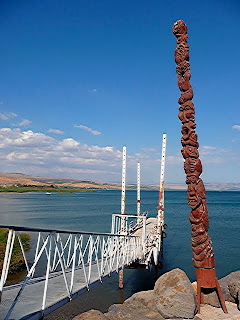 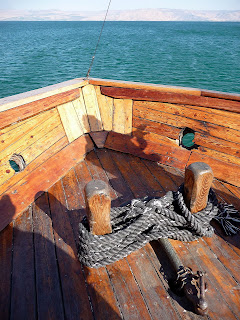 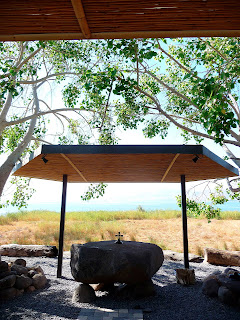 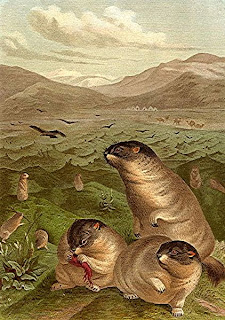 This was also the Day of the Marmot, for I have had two possibly auspicious close encounters with these sleekit wee beasties today. They are all round us, and their ancestors were in ancient times.

Herodotus knew all about them.
I think I remember that Herod Antipas’ school chum the Emperor Claudius used to call him “Marmot” as a term of endearment. 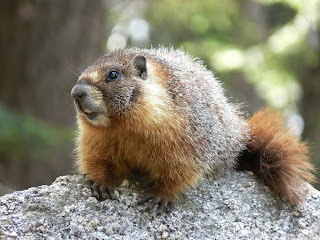 Anyway, Returning from my early run and luscious swim in the Sea of Galilee this morning, I heard vigorous rustling near my room — a gross Mummy Marmot, lumbering along the passageway, inquisitively. It fixed me with a steely gaze, such as an oversized Rodent might direct at a bishop in funky running shoes, and then legged it at speed.

I thought that was my daily marmot experience over with, but I was wrong. During this morning’s Eucharist a Large Daddy Marmot lumbered over to where we were breaking bread after the manner of the Apostles, and lay down for a sunbathe on a lumpy warmed-up rock. He rolled over on his back, and untensed his paws in a most povocative way. Finally, around the peace, he lumbered off again into the undergrowth. This portentious visit was signalled (or so both the Emperor Claudius and Herod Antipas would have thought) by a telling bird event. Up from the bank flew a Kingfisher, a streak of lurid, almost flourescent, blue.

Any reader of significant auguries is welcome to try and interpret the tremendous, but currently obscure, meaning of my Close Encounters of the Marmot kind today. What does it all mean for my destiny, or, indeed the Kingfisher singularity? Not that I’m superstitious. Or convinced there is any. All suggestions on a postcard, though...

Sadly I was not able to phtograph either Marmot, being otherwise engaged, but I attach an historic stock image in case you wonder what one of these things looks like. Failing further inspiration, I attach also a movie I shot of a guy demonstrating how to cast nets for fish on the Sea of Galilee à la Gospels.
This certainly coloured in the concept for me of fishing for people, if not Marmots:

Lovely post, Bishop Alan. I wish I was there with you and your friends.