Wallace Benn has got me thinking, when he says: 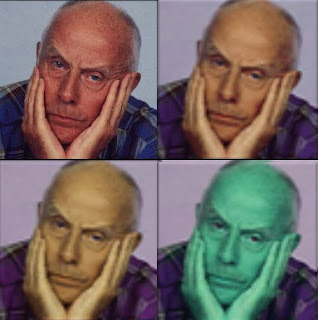 Is it optimism or faith, or both, but I’m rather glad the Church isn’t the same as the one into which I was ordained 31 years ago. I can’t as a Church historian think of any age in which somebody could have said the Church of thirty years ago hadn’t changed in ways that mattered. Certainly not the first century, or fourth, or sixteenth.

I’ve taken a quick flick through some paperback commentators about the Church Bishop Benn seems to wish he were in, including Nick Earle’s What’s wrong with the Church? (1961). Here were the things he thought had to change in 1961:
I wonder what changes others have noticed over thirty years?

On balance, I thank God the Church is not as it was in the seventies because, however improbably, I do believe the journey we are on is his journey not ours and we are now thirty years’ march nearer home. But make no mistake. The Church is always called to change. Some change is good, some less good, but you only know which when you step out in faith and do it — what one of my college tutors used to call the Jewish rowing-boat view of history. That’s why we’re in God's hands not ours. The disciples in Luke 9 only discovered the resource to go out two by two out there, when they did it — what Jesus called travelling light, without excess baggage.

Jesus Christ, risen, ascended, glorified does not change, and the result is we are resourced to live and witness in a changing world without pretending! The reason the Cross is static, one for all, and our whole vision secured by an eschatalogical vision, is that this creates a liminal space in which we can live responsively in the world God has given us, always in the end times. In this zone the life of the Church is endlessly dynamic. The ark is secured not by being anchored to the sea bed, but by the Holy Spirit, as it interacts with the world.
Posted by Bishop Alan Wilson

Thanks for this - you certainly point up the rather unreflective nature of +Wallace's comments.

I would add that we are more mission focussed than we were even 20 years ago. We are also more scripturaly centree in that e.g. I rarely hear a sermon that is not based on a Bible passage nowadays.

This year I went to the deacon ordinations at Eds and Ips. Gavin Reid preached and said at the beginning that he was ordained 50 years ago (in Chelmsford) and that then all the candidates were male, white, in their 20's, trained in colleges, going to stipendiary posts and were largely going to single parish benefices. The group ordained that morning (with whom he'd shared the retreat)wrre rather different to that! And he welcomed pretty much nall those changes - especially the fact that women were now ordained.

I guess +Wallace would not rejoice over that one, but surely he can see the glass is at least half full?

I've been training clergy now for over a decade (for both the CofE and the Methodists, mainly) and Readers for 4 years. The quality of the candidates is very encouraging.

And thanks too for the use of Nick Earle's book - I am just reading this now (for the first time!) - old books have much wisdom.

As a relative newcomer to the Church, just over two years, it is good to see the past put into perspective, alongside todays woes.

30 years ago, I was a disinherited member of the RC Church, with real issues on so many things, nobody seemed prepared to listen, let alone contemplate change. So, I got angry with both God and the church and left.

The best thing about the CofE is the freedom we enjoy to interact with each other, to think and strive to see where God is taking us. It is very much an unwritten book, with fresh new pages waiting to be filled - I love being at home in my Parish, but also the welcome I get when I go elsewhere. I love being able to participate in a ministry team as an equal, not as an superior or as a subordinate (Army experience talking).

Most of all, I love the way that you can inquire and work through things, drawing on so many sources along with scripture to learn and to grow.

Off course there are one or two issues, which seem to attract all of the attention, in the main gender of sexual orientation related, but they are second order, and in my Parish (and I suspect most others) are not the main concern, which is mission and evangelism within our communities.

I have always been uncomfortable with the 'institutional' tag being applied to the Church of God, institution it might be, but that is secondary to being Christ's body here on earth.

I an not a great fan of dis-establishment, as I feel that the Parish system is unique and deserves to be preserved (although changed as everything changes) to continue to serve our communities as they have for the last 2K years.

Great post; 1961 was pre-Tiller, wasn't it? Has anyone done a recent retrospective on the Tiller report and what might have happened if it had been taken seriously at the time?

Thanks for comments. As someone with central European antecedents, I would prefer a moratorium on WW2 analogies, especially generalised ones.

I find the whole idea that admitting women to the episcopate is just like Nazi Germany distasteful as well as childish. It doesn't appear to me that anyone who knows anything about life under Nazism would recognise a link.

Charles, I'm very interested by +Gavin Reid's comments, which certainly chime in with my observations. Like you I am impressed in general by the quality of those being called to ordained ministry.

UKV, your experiene reflects what I think people do often find in their local Church — love, prayer and acceptance. It doesn't advertise the fact, however, when the church is presented in the dinosaur media as the home of social hot button lost causes, which it usually isn't on the ground.

Jonathan, Tiller was Seventies I think, and I'm still waiting for it to be implemented! Ditto the All are called report on lay ministry that came out int he seventies, and offered a way forward out of clericalism that we haven't always taken that smoothly.

The REALLY sad thing, for me, is that +Wallace says that he only has two years until retirement.

He said the same thing two years ago.

Good post, Alan. Here in western Canada other Christians often joke that Anglicans are allergic to change. I always respond "Let's see how much your church has changed in the last 30 years compared to ours!" And many of the changes are very positive - though not all. of course.

Children-one BIG reason why I am happy the church has moved on. Children are welcomed into the church and allowed to participate in the main service. If not for this change I would not have been able to attend church when my daughter was little and would have missed out on a good few years of worship. Then, in another age, children were not seen NOR heard.