Nativity: God out of the Bottle 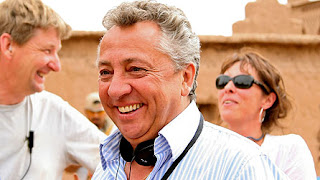 Tony Jordan knows a good story when he sees one. After twenty years and more scripting soaps, including EastEnders, he has an ear for how ordinary people communicate. Invited to pitch for a BBC Nativity, he tried a Mickeytake. Once he got the job, he buckled down to a bit of serious research, and a personal exploration of the story as a story, and its real background. The result has been mesmerizing — four half hour episodes of the Nativity on BBC1, that Lucy and I have been following avidly. 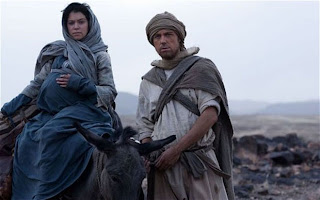 I notice the way in which a good scriptwriter allows the embarrassing, open-ended, confusional bits of the story that often get skated over in school or church nativities, to have their full weight in the characters’ lives. Joseph’s basic mistrust of Mary’s story lasts two episodes, but no scene takes longer than ninety seconds max. Every part of the story tells us something we needed to know more than we realised. Mr Jordan is no paid-up religionist, but he obviously feels the story’s power and draws us in accordingly.

So what did writing this stuff do for him? I was interested to hear his interview with Aled Jones on Radio 2. As well as challenging secularist complacency and stereotypes, he challenges religious equivalents. It would be worth the religious contemplating Tony Jordan’s comments about what we are communicating and how in the light of Christ: 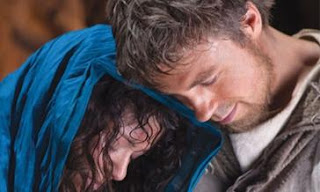 I still have a hasty distrust of organised religion. I generally do and that’s the thing that hasn’t changed at all. My faith has changed and I have changed as a person because of the nativity, but not my feelings when I look at organised religion and different denominations all fighting about which foot his sandal’s on and blessed are the cheesemakers, I just think of the life of Brian, and it drives me insane and I dislike the thought of somebody saying to me “If you come through those doors and you walk down that aisle, and you sit on that wooden bench, quietly, and you sing these hymns in that order, and I've put the order up so you don't get it wrong, and you listen to what I’m saying, I’ve got God in a little bottle under the pulpit, and I’ll take the lid off and let you have a little look, and then I’ll put the lid back on and then I’ll see you again next week, and if you're good I’ll let you have another look. Christ doesn’t belong to them. I don’t have to go there to get him. And actually he told me to go away and pray in my wardrobe. That’s what he says, in his teachings. He says don't go to the Church to be seen, go and sit in your wardrobe and say “Daddy” because that’s what the relationship should be, and what’s really strange for me is the change in me was a tangible one because I suddenly realised, half way through my research I started arguing God’s corner, which is something I’d never thought I’d do...

Thankyou so much for the chance to hear this interview. Surprising, honest and very moving. Not what I would have expected. He does have a point about who 'owns' God.

We laughed out loud at last night's episode when Mary said "Joseph, it's not what you think!"

The script, the acting, it has all been spot on.

For me one of the most telling bits of the interview was when he asked the scientist to tall him about 'dark matter' but replacing the term with 'God' - something we can't see, can't explain but which we know is there because of the effect it has.

Real scientists know that they don't know everything & can't explain everything, so are not scornful of the mystery of religion.

And real believers, equally know how little they know and how much is beyond human explanation.

And I do so agree with Tony Jordan about some of what organised religion does being very 'Life of Brian'.

Glad others are enjoying this as much as we are... after years of nativity plays we thought we weren't going to be struck in such a fresh way by this story ever again.

Tony Jordan's comments on how the Scribes and Pharisees like to believe they have God in their bottle for the rest of us reminded me of the need for humility in all religious institutions, and how the Incarnation is God breaking out of our expectations about him in a new way, just as the pregnancy confounded Joseph's earthly hopes for his marriage in its early stages...

We are so lucky to have the BBC!

Thanks for the link to full interview with Tony Jordan. The BBC 'Nativity' is excelling my expectations. Can't wait for episode 4 at 7 this evening to find out what happens next!

God in a bottle -- great thought. God is out and about - and not to be contained in church or covenant.

Thank you so much for posting this interview and the clips. I look forward to - someday, someday - being able to watch "Nativity" here in the States. You ARE lucky to have the BBC.
And we are lucky to have your blog to read.
Many blessings to you and those you love.