Unto them that hash up small things... 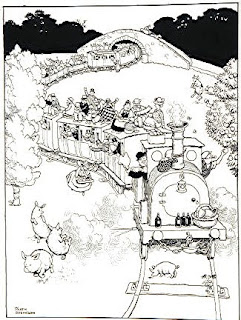 ...shall a Mighty Project be Given! Today’s the day for a big announcement — the route for HS2, a projected high speed London-Birmingham rail link through Buckinghamshire that has stirred strong feelings from our neighbours in the Chilterns, mainly on environmental grounds. Of course any large infrastructure project has to go somewhere, and there may be some tweaks in the mix after months of consultation, or not. 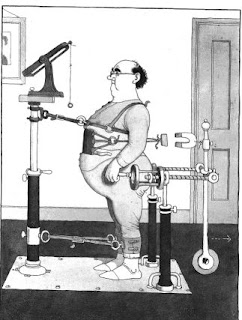 Historically, however annoyed people are, there have been thought to be few votes in transport. I remember a Community Forum years ago in Bracknell where groups were asked what really mattered to them and everyone was amazed that people said the main thing holding them back in their lives and businesses was the weakness and patchiness of UK transport in comparison with most other Western European nations.

There are some bright spots in the English transport firmament, but to achieve the kind of consistent system they have in Germany or Scandinavia you need to take a consistent approach over many years. Short-termism is the name of the UK game, in investment of all kinds.
This makes, inevitably, for a Great Car society, because at least people can get around that way even if is slow, expensive and ecologicaly questionable.

So is One Big Sexy project the answer? The fact is that any transport network is only as strong as its weakest link. There’s real weakness in English transport at its most local level, including lack of integration with infrequent and unreliable bus services. You can’t get to work five miles away in Wycombe from here for 9·00 a.m. by public transport because all the buses are dong the school run, so people jump in the car. If we really have £27Bn to spend, there are almost certainly other ways to increase the capacity of the network (double deckers, someone suggested) more dramatically, along existing lines.

Finally, the project seems to rely on the good times rolling again financially by 2016. They may, but rumbles abound about the Private Finance Initiative, a “privatisation good, government money bad” means the UK government has used for a while to finance infrastructure instead of public bonds.

The general effect is turning out much like trying to pay off your mortgage on your credit card.

For example a Christmas Tree for the Treasury costs £40 in cash, or £875 by PFI! The gross sums indicate that the UK has received benefit of £60BN from PFI for a cost to the Taxpayer of £260BN. The commitments extend in some cases thirty years into the future. Hmmm. And people wonder how we got into debt... Only from the most short-term of perspectives can it be that brilliant to pile on another £27BN of debt to our grandchildren for ten minutes off the time to Birmingham. You’d think.
Posted by Bishop Alan Wilson

Thanks to Jonathan Clatworthy for this comment posted by some mechanical hash-up about this entry on another! A

Jonathan writes:
I am as likely to benefit from the new railway line as most people as I often travel by train from Liverpool to London. But knocking half an hour, or even an hour, off my travelling time won't revolutionise my life. If they want to spend that much on improving transport, the money would be far far better spent on making the buses run on time. It would help far more people. But of course different people, and that's where the real agenda kicks in: who's it for?
We won't have a rational transport policy until we've got agreed answers to two questions: how far is far enough, and how fast is fast enough? Without answers to these, we're on an endless treadmill, always striving after faster and farther, always dissatisfied, always spending money on fancy new projects instead of responding to real needs.