Time to pull up the Drawbridge? 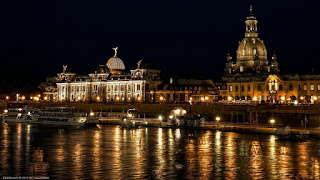 Dresden has been a good place to pursue hot issues that don’t seem to be able to air so openly in the UK. On Friday the Frauenkirche saw one of the world’s leading academic experts on Migration, Professor Klaus Bade, unpack the grounds of the fear some Germans feel about his subject. 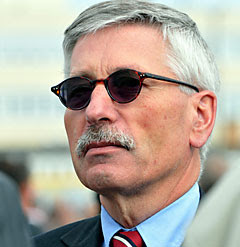 This fear, Bade calls it “Hysteria,” finds many forms of expression from skinheads to the NPD, but its most public exponent of late has been former railway administrator and SPD Senator, now Bundesbank board member, Thilo Sarrazin. Last year he published a book called Deutschland schafft sich ab (“Germany abolishes itself”) claiming that immigrant Muslims don’t want to integrate and habitually depend on social services rather than honest t
oil. He calculates that in a few generations the Muslim population will grow and overwhelm Germany.
But there’s more. Sarrazin dives from
there into a murkier cellar when he suggests that Muslims are in some undefined way genetically less intelligent. The only answer, apart from pulling up the drawbridge, is to take away the social benefits that feed them. Offended? It’s hard not to be, especially if you remember the evolutionary eugenic theory that underpinned twentieth century Anti-Semitism. It cannot be wise to dance on the edge of this particular abyss. 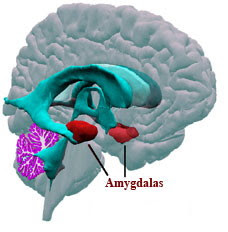 Hysteria is a form of fear, the most powerful drive in the reptile brain that underlies everything we think. So this stuff matters. It is not enough simply to huff and puff about its moral shortcomings, or to draw historical parallels, although those are almost inescapable. We cannot address hysteria by embarrassed shuffling fro
m foot to foot as those who have just realised that our eccentric neighbour at a cocktail party is actually potty. Neither should the concern be suppressed, as that only amplifies it and may even seem to validate its more febrile imaginations. If you awake in the night fearing your brain is being chewed up by space monsters, best wake up. The only answer is a truthful analysis of reality. We need to engage the higher end of the Brain with reality.

In fifty minutes of fast paced German liberally sprinkled with hard facts and figures, Bade analysed the real trends in the German population — falling in many places, and increasingly in need of high capacity intelligence from anywhere in the world it can be got. It turns out that most German Muslims see themselves as German, and very much share the general aspirations them of fellow citizens for their children, but often lack to a greater extent the means to bring them about.
Reflecting on the unpleasant soft racism and Islamophobia that can be found in the English media, it strikes me that quality of analysis is very thin on the ground. Politicians run scared before the wind without the means, courage or resources to shine light into the murky cellar. And as was the case with doing God, the field of play is left to the forces of ignorance and tribalism. The whole up to date picture can be found in the Encyclopedia of European Migration and Minorities: From the Seventeenth Century to the Present, which the professor has co-edited. Cambridge University Press. £106.50. They may want to serialise it in the Daily Mail, but don’t hold your breath...
Posted by Bishop Alan Wilson

Yes, yes, but it's knocked down from £125 ... Seriously: that kind of price for academic publishing does help to explain why the facts are so little known and understood. My reptile brain is most of the time more frightened of being broke than swamped.

Useful research recently in New Scientist magazine showing that for extreme prejudice to occur, it only needs groups of 50 people or less, with vague leadership. In the absence of totally clear guidance on what is acceptable, a group of even the most gentle people will find that they were (e.g. in this experiment) more likely to endorse torture or exclusion and hate of anyone that is perceived not to belong in that group.
Generalising, the group invents its own mini-society and its own unspoken social rules, and (without realising it) dehumanises anyone not matching their idea of who belongs. Shocked the proverbial life out of the scientists.

But it explains a lot about how intelligent ordinary people can end up hating someone that God loves, for apparently no reason at all. 'Scapegoating'. It's built into the brain and has to be trained out of people, it seems.

I see the problem, Andrew. Margot Hodson has very helpfully (on the FB end of this thread, if there be such a thing) commended Oxford's Forced Migration Review (http://www.fmreview.org/) which is free and informative on one aspect of this subject — the refugee end.

Putting your thought together with René Girard, Ann, I can see the perniciousness and universality of the phenomenon we both want to change. Many thanks for the info... Beyond the ad hominem lie the facts, and real solutions need to take both fields into account.

And, interestingly enough, we have exactly the same problem in South Africa. Police recently deterred a mob from burning down the shops of Somali traders (most Somalis are at least nominal Muslims) for similar reasons. The repile brain seems to rule most areas of the planet.

I wonder if, in our churches, it's actually quite hard to 'put out all the flames'.

Suppose we teach that people must love each other, and give examples of including (say) those from minority ethnic groups. We can teach that group to accept those individuals, but then find they might still hate another minority group...so we can teach them to accept them...and find that they are still ostracising yet another minority group or individual because of difference.

Do we count success when we just move the problem rather than manage to get them to love absolutely everyone?

Having lived through scapegoating because of difference a number of times in my life, and helping many others to survive it, I've seen how powerful it is. And how much a group of even the most otherwise gentle people can truly want to dehumanise, exclude and/or blame someone, somewhere, somehow, no matter how illogical that might be. Scary stuff.

The need for really good leadership, that makes it totally clear that God's love is for everyone, is absolutely vital, it seems.