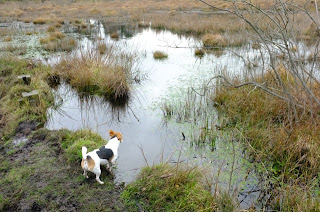 2012 — the year the world ends? I sincerely hope not; there’s work to be done, and I wish anyone reading this all good faith, hope and love in the coming year.

Among many cards and messages recently, a fair few friends have asked after this blog. After four heavy years, December has been my month off blogging, aided by three realities — an extended educational development trip to India, the need to do a bit more work elsewhere, and curiosity about taking a break. That and the Day job.

Any result? This is how things are shaping up, at the start of a new year of Grace...

And in the meanwhile I'm also experimenting with a far cleaner simpler design. Some have been telling me they find the old one took ages to load, and had even produced the odd malware warning. I'd love to know reactions, especially if anyone misses any of the elements I've eliminated in the interest of de-cluttering.

Hope you will blog -- I find your comments more in depth here. As to The Times -- I am unsubscribing if I can ever connect with them - they only take phone calls during business hours - and I have yet to figure out how to call the UK using their number. I keep getting a wrong number or non - existent one. No wonder the phone it going the way of the dodo.

I do hope you will continue to blog since many of us who enjoy reading you do not tweet.

I should warn you that as I tried to access your post this evening a malware warning came up.

Choosing to ignore it may be safe, I'll have to wait and see.

Hooray, you're back! I look forward to seeing what you come up with here in addition to FB and Twitter presence. It does seem that each has its own "best use" as you aptly describe - and I've come to similar conclusions. It is a bit of work to do different things in different places, but it does seem worth it.

Ray, thanks for your warning I will check it out, and, perhaps, radically simplify the design in 2012, as the leading source of malware on a bog seems to be widgets.

I very much appreciate this kind of tip-off as people experience warnings...

I also hope you continue to blog as well as I don't tweet (although I am on facebook!)
I don't have any "malware" notice on this blog BTW!

hello, I don't know anything about blogs or comments or anything really but I do get involved in some very enlightening chats on FB. So if it's ok I shall stick around and throw in the odd comment occasionally... And the not so odd one too, if I think that deeply.
God Bless, T.J.
ps. Do I recognise the middle ringer perchance ??
pps. Don't know what "choose an identity means... Any suggestions?

Alan, it's good to have you back in Blogland. I'm on Facebook, but, in truth, I don't much care for it. I'm there because nearly all my family and friends are there. I tried Twitter once, and I was in and out within 2 hours. The format is not for me. I like blogging, but I fear blogs are on the wane.

I laughed at your story about the Times. Just today, I posted this on my blog.

I found an old piece of paper with this quote from the New York Review of Books copied in May of 1998 in my KJV, which I used for the Bible readings today:

A poem of Goethe's describes a quiet scholar returning from a party. "How was it?" he was asked.

"If the people there were books, I would not read them."

Before I bought my new computer, your blog took ages to load because of all the widgets. I'd guess folks with slower internet service might have the same problem.

I like your simplified blog layout, but am sad that you prefer Facebook. Facebook is for ephemeral stuff, and difficult to link to in a blog if you say something worth passing on. Facebook is great for keeping in touch with family and friends -- baby's first steps or teenager's first car crash, but for anything serious I use it to link to a blog post.

Many thanks for kindness and understanding. GM, Steve, I agree Facebook is a more ephemeral medium; it's possible they think so too, thus this timeline caper (on which the jury is out). If twiddling my thumbs sometime this year it would be good, but not easy, to recover a few flour or five star conversations from 2011 that went as deep as those on here.

The simpler design loads more quickly which is a definite plus. I hope you will continue to blog at least occasionally. Facebook is good for spontaneous brief posts and comments, but blogs are better for more considered posts and usually allow longer comments. I've just accessed this through Internet Explorer, but I'm still getting a malware warning through Google Chrome.

Apologies all - I tried to read this post and found that Chrome warned me that this blog linked to one with malware - my own!!!! I checked and found that a discontinued blog in my blogroll had been taken over - so I have removed it and no longer get the warning. Hope no one else does either.

Good to have you back! I love Facebook, especially how silly status updates can lead to sudden really fascinating conversations and back to silliness. It's perfect for almost real time chats.

But I did miss the blog because I'm not always on Facebook and it's too easy to miss an update and the subsequent comment thread.

LOVE the decluttered blog, it loads much quicker and it looks good. A good start to 2012!

Thanks, Nancy. I think we're now sorted. As Alan explains (many thanks for being in touch - I hope Guildford is going well) it wasn't ever actually an acute danger except for a very short window, which I think he sorted his end.
Erika, just on cue there's been a fascinating discussion today on Facebook about the kinds of people we're ordaining and the ways the react to others. I wish there were a simple way to capture this longer conversations and publish them here perhaps there'd be issues of data protection, though. Like you, I appreciate both; but realise we all have our preferences.

Happy New year, Alan!
I hope you do continue to blog - I really value the posts that lead to conversations about all sorts of fascinating topics that I would not have thought up on my own but often link to other issues concerning me. The blog is good when a topic deserves consideration for longer than 30 seconds - possibly thinking about then returning to comment if the comment still seems worth posting 12 hours a later. And I really value the principles of moderation that mean that most of those who comment do so genuinely out of a search for understanding or to share ideas, not to posture.

Thank you for being my "friend" on Fb recently - I followed the discussion a few days ago that you referred to a few posts up and it was getting interesting, but now it's gone out of sight so I've lost the thread literally on fb and mentally in my mind - if it had been a blog post it's the sort of post I might return to with time to rad it properly rather than just skim through. Perhaps there is a case for summarising some of the thoughts into a blog post that can allow commemnts and be considered in a more thoughtful way rather than instantaneous reply.
So I do hope you keep the blog going, even if it is less frequent than when you began - or when the current conversation runs out of steam.

Aye, the data protection issue would be tricky. If you got individual permissions from everyone in the discussion, all well and good. Or start an occasional discussion and in the heading make it clear that people posting on it would find that particular discussion posted to your blog also, maybe?

Discussions on Facebook are public - so I don't think it would be a problem to put them on your blog too.

I'm not sure that data protection would be an issue. It would be if Alan were to post a thread from my Facebook here, but when we comment on his updates we know we'll potentially be read by all of his "friends", and the blog is really only an extension of that, especially when Alan says that he has an open "friend" policy on FB.

I'm not sure about the validity of transferring FB comments to the blog, though. FB is immediate, a much more real conversation between people who use the basic status update as a hook for wherever the talking takes them. It's much more something to participate in rather than to read and reflect on later. That thread Alan referred to earlier was wonderful, but I saw it too late. The conversation had moved on, the people had moved on, it would have been really strange to try and resurrect it then. A bit like walking into a conversation at a party and trying to take them all back to something they were discussing 10 minute ago. On a blog you can do that more easily, just because it's more static and has a greater longevity and because it is an engagement with the post rather than a conversation with the commenters.

It would be possible to start a thread on both, FB and the blog, but I do find that this tends to result in two separate comment streams, largely by different people. For one, Facebook is immediate whereas the blog is moderated and therefore slow and not likely to spark off the same creativity.
Also, while on FB you're notified every time a new comment has been posted and you can hop there quickly and join in. You're much less likely to visit the blog every 5 minutes to check for updates.

Oh bliss and joy! The Bish is back! Now I can get my fix of reading matter which has taught me far more about faith, life the universe and everything than any number of books I've tried. Blog on Bishop!

I subscribe to the comments so they show up in email just like FB -- but with moderation - it is slower. We have the same thing with Episcopal Café -- the people who comment at the blog are not the same as those on the FB site.
The interesting thing is what gets people going - often something odd.