Ascending thither not Copping Out

It’s now many years since the British celebrated Ascension Day like other Europeans. Have we lost touch with the ascension as good news? 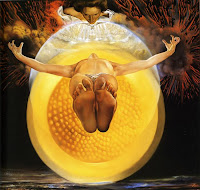 I confess that I am unimpressed by the rock at the Mosque of the Ascension, the one Jesus’ foot cracked on takeoff. I am unmoved by depictions of holy feet topped by hairy ankles lifting off like a Saturn Five — “See the canny Scot return to his native Bannockburn.” Any depiction of this transition as a return to HQ, or the shedding of physicality, makes it less than good news. It blazes a trail all follow towards their destiny. It illuminates our present humanity.


He has raised our human nature in the clouds to God’s right hand;
There we sit in heavenly places, there with Him in glory stand:
Jesus reigns, adored by angels; man with God is on the throne;
Mighty Lord in Thine ascension we by faith behold our own.

Classical Christian theology calls Jesus eternally Incarnate. The Ascension is not the reversal of the Incarnation but a radical extension of it beyond time and place, into the depths of all human life as well as to its ultimate destiny.

If we understand this we can no longer think anything human alien from us or beneath us. 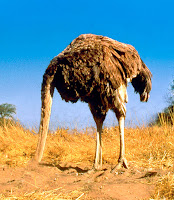 This matters because one easy response to stress-induced change is “stop the world, I want to get off.”

A popular Christian version takes the form of railing against the world as it actually is, often because of romantic attachment to some imagined age of faith in the past, served up with a dash of “here’s to us, who’s like us.” It might be a lot of fun to live in the twelfth century, or perhaps not. It is no part of our calling as a Christian. All ages are provisional, but this does not require us to be anything less than realistic about the one we’re called to live in.

The ascension frees Jesus from any particular age. Its result is not subtractive delocalisation but hyper localisation. This makes the gospel potentially good news for everybody and anybody, far more than a tribal identity. The Church becomes an expression of Christ’s universal servant kingship to others as they are rather than a club, or a vehicle for human imperialism. Christ's body reveals itself as what it is not by cutting others out, but by serving anybody on their own terms at their point of need, as in the parable of the good Samaritan. It is transferability makes Christianity fly. Its scope is infinite, and infinitely adaptable. 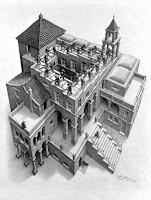 The big issue with settling for a smaller vision isn’t judgmentalism or discrimination or romanticised lock in to some imagined past, although these tendencies bring their own problems.

Club Christianity represents less than the stature of the fulness of Christ who fills all things. It speaks with the voice of Scribes and Pharisees, and not with authority. Its god is too small.

The mystery of the ascension invites us to radical deep engagement, the enfleshing of the Word in the world as it is, not a Gnostic cop-out.
Posted by Bishop Alan Wilson

The thing that struck me as I prepared to preach on the Ascension yesterday at our (very small)Ascension Day Eucharist, was the fact that out of five accounts of the last days of Jesus' earthly ministry, only two - Luke and Acts - actually describe the "event" at all (and they were both written by the same author...)
We can't know how Mark originally ended his Gospel, but Matthew and John not only don't tell us the Lucan story of Jesus being lifted up, they don't tell us any story at all of how he came to be gone, so to speak. They give us what turn out to be his last words to the disciples, but that is it. Jesus might have just wandered off into the crowd for all they tell us. I suppose John might have known Luke's story and assumed it, but Matthew didn't, and even so, it is surely extraordinary - and deliberate - that something as important as the end of Jesus' earthly ministry isn't described.
I wonder what the first Christians actually believed had happened, and at what point the story of Jesus' being lifted up into the sky started to circulate? If you were only to have Matthew's Gospel, what would you think had happened to Jesus, and how would it change our understanding of our faith? I haven't got any answers, but the question fascinated me.
It seems to me that the post-resurrection stories, like the nativity stories, have become mashed together across the Gospels (and Acts in this case) and could do with being disentangled from each other so their differences could speak to us more clearly.

I once heard a sermon (at St Leonard's Church, Streatham) where the preacher likened the ascension to a celestial lift mechanic, descending to the bottom of the shaft to repair the lift, and returning to the top of the shaft when the job was done.

I was less than impressed.

There are such interesting ragged edges around these experiences. The effect is to enable us to run the story through the various threads which, having done as a student in an analytical way, gradually become cumulative in a generally enriching way. As historian it's occasionally frustrating that there's no "camera and tape recorder" thread, but the effect is generally enriching! Steve, your sermon (well that other bloke's) reminds me of one I wonce heard in a Conservative Evangelical church in Cambridge about how the Incarnation was Araldite (if you remember that particular epoxy adhesive). God took the little white tube and the little black tube and produced a little Jesus (who presumably resembled hard snot). Just abut every heresy you can espouse about the Trinity rolled up into one hard lump, in only five minutes!