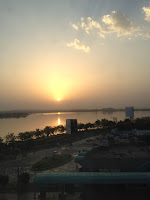 Everything in India is bigger. Driving through Hyderabad assaults the senses with its seemingly endless miles of heaving humanity in all its expressions, diversity and colour. How small it makes the field on which I play out most regular work seem. In 42 degree heat a small group of us hone a development plan for a school based on Jesus’ principle that the child is greatest in the Kingdom and only the best is good enough for the poor.

This is no time for half measures or empty gestures. World citizens clever enough for the social and technical way we’re evolving but morally grounded enough to make it worth living in do not grow in trees. Each child gets one opportunity to grow and learn, and there are no dress rehearsals. Here, beyond gestures, for some of the poorest people int he world, We are trying to capture Jesus’ vision of life in all its fulness. Nothing less is worthy of our highest endeavours, even if it means being real but also radical about everything, including ourselves. 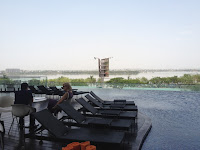 The question brings me back a particular conversation with a City trader. He’s a good and decent man, who well understands the virtues of capitalism and has pursued them. He is no fool. He knows that our present system, worked by autopilot, has no long-term future. It has produced wealth, but also tremendous debt. It relies on half a billion partying in first class whilst everybody else lives a less enriched life. The arrival at the ball of another two billion aspirant middle class partygoers from Brazil, India, Russia, and China (to name but a few)has to change everything radically. It calls for a new kind of ingenuity. Finally the rape of the pant has consequences. 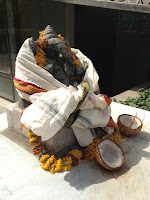 So what we need, he says, is beyond economics.

Economics is often treated as a science but in fact it is no such thing. It manages inequalities according to a set of assumptions about worth that go beyond its own capacity to examine them.

Economics draws its basic premises from choices we make about what we see as a good life. Questions about those bring the doctor and the priest in their long coats, running over the fields. 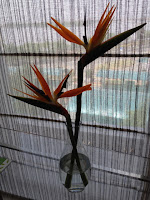 What we need, my trader friend and I say, is beyond the secular principle — life pursued pragmatically, free from the imposition of particular religious dogma in its narrowest sense. It’s a precious hygiene factor in any free society, but does not exhaust the possibilities of being alive. Without is we cannot run a decent and humane society, and it has serious comment to offer on how the ship is running, but can have no idea of where the ship is going.

I wonder about a slogan I saw a few years ago, painted on the side of the South Karnataka State Legislature in Bangalore — “Government business is God’s business.” They don’t mean any particular god among the thousands India holds. But they do means what they say. Not only is the ultimate subject matter the stuff people engage with in community by faith, but these things that really count can only be pursued radically with courage and confidence. Pure pragmatists are only tinkering, and more is being demanded of us all than mere tinkering. 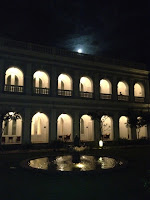 How is God calling us to do this? By grace through faith that is committed enough to
That’s enough down and dirty agenda for a lifetime, is it?

We have work to do. Over the next three days the newly honed school development plan needs to go back to its originators in the school, and we work with them to make it happen.

The jeep calls at 11.00.
Posted by Bishop Alan Wilson

"Economics draws its basic premises from choices we make about what we see as a good life. Questions about those bring the doctor and the priest in their long coats, running over the fields."

Aye. Just returned from co-leading the pilgrimage for disabled travellers-in-faith. Intensely aware of the power of the human spirit to love and be loved...to pray and be prayed for....to offer friendship and accept that friendship. Those are treasures beyond price.

How else do we measure the quality of a life? By salary? By status? By verbal excellence? By comparison to supermodels and whether the person's fashions and appearance and youth and fitness match up? By qualifications?

Is that how God measures the worth of a human soul?

Children are such precious things. What we teach them, and what we demonstrate to them as our values, are so vital for our future and for theirs.

Much prayer for your work and your wisdom. May it bring hope for every child.

Thanks for sharing the information by the way I work for web based church management software . It is really helpful software for church. This software allows everyone to stay connected.