On Cliffs and Hanging 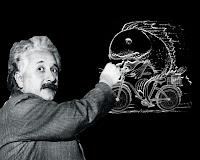 So this is what the Game show hosts call “Make-up-your-mind time.” For once, the Guardian and the Telegraph agree — this is Decision-Day. Like everyone on all sides, I’m praying. On days like this the Church chances the notion that the rather slippery and elusive concept of God’s will can emerge and take flesh. The risk is real, both that it will and that it won‘t. I read again what I’ve said on this blog about women and the episcopate. Back in July 2008, it struck me that the mountain those opposed to this had to climb was to come up with some way their sticking points, however irrational, could be positive and missional — good news. This has not happened, perhaps because it could not be done. 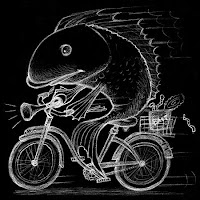 Since then, considerable ingenuity has gone into attempts to square the circle between justice and voodoo, almost successfully at times. We nearly discovered Schrödinger’s Cat with a Hat — she both is and is not a bishop depending on whether the box is open. Along the way many have said “there is no doubt this will happen — the only question is how.” They are probably correct, politically, but it doesn’t help to have lost focus on why and what it could mean to have women in the episcopate. Also, there's a danger that this way of speaking has created an illusion that any institution can stagger on for ever finessing the detail without losing something of the plot. 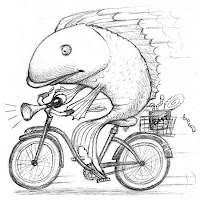 On offer is a considerable, almost fatal, compromise of principle, but most progress in the world is made crabwise. Looking at the big picture, it would be tragic to waste another seven years on this issue, and, given the sheer quanitity of thought and prayer that has gone into the present sticky compromise that’s on offer, the idea that one more wee heave will dissolve the knot is purest moonshine. Permitting blacks to sit on white beaches may leave a vestige of apartheid. It may be less good than abolishing white beaches. But it’s progress. MLK said, “The time is always right to do what is right.”

If not now, when?

What do bishops in the church of england do, anyway?

The theory is: “Bishops are called to serve and care for the flock of Christ. Mindful of the Good Shepherd, who laid down his life for his sheep, they are to love and pray for those committed to their charge, knowing their people and being known by them. As principal ministers of word and sacrament, stewards of the mysteries of God, they are to preside at the Lord's table and to lead the offering of prayer and praise. They are to feed God's pilgrim people, and so build up the Body of Christ.

As chief pastors, it is their duty to share with their fellow presbyters the oversight of the Church, speaking in the name of God and expounding the gospel of salvation. With the Shepherd's love, they are to be merciful, but with firmness; to minister discipline, but with compassion. They are to have a special care for the poor, the outcast and those who are in need. They are to seek out those who are lost and lead them home with rejoicing, declaring the absolution and forgiveness of sins to those who turn to Christ.

Following the example of the prophets and the teaching of the apostles, they are to proclaim the gospel boldly, confront injustice and work for righteousness and peace in all the world.”

Whose prayers about women bishops were answered?

I'm sure there was a very good reason why God answered those prayers.

I don't pray, unlike the opponents of women Bishops.

I was surprised at the decision, but then you would expect an atheist to be surprised when prayers really are answered.