The Last Voter in England? 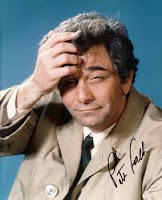 Thursday 15 November, and Election fever grips the Land. Three cheerful tellers sit behind a table in our village hall like the wise old monkeys they probably are, as the People Decide. The girls and boys in political rosettes have stayed away, I notice. Or maybe the Three Wise Ones are political, but hiding it in the interests of Police Impartiality.

The UK Police and Crime Commissioner race is on, and so’s the Kettle.

This is British democracy at its glorious best and awful worst. 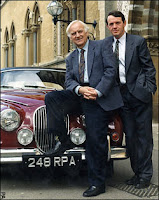 I'm a congenital Voter, Me.

Like them or hate them, you can't complain about them if you didn't bother to elect them, say I.

There's enough mitteleuropean blood in my veins from my parents’ generation to appreciate a country where you can vote.

The more of this sort of thing we do, the more we may get a taste for it and build a more participative intelligent democracy. That’s my fantasy, anyway.

So why are some 80% of the voters likely to sit this one out?

Well, for a start, nobody really knows what the hell it’s supposed to be about. In the bad old days you elected a council, and they put people on a governance authority for your local police. It was a bit of British great and good stitch up, but by and large it worked. Jolly PC49’s gave kiddies the time of day, the beer stayed warm, England lost the Test Match, and old maids cycled safely to early communion through autumn mists.

Many suspect this whole thing ain’t broke, and this is just £75m going on another lame stunt by our leaders to convince us they believe in democracy and so should we. They could be right, but... 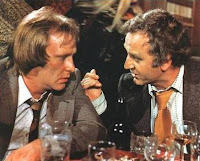 For seconds, there's little to argue about from a strictly party political point of view, until someone is crazy enough to start a political party dedicated to sacking police officers, penny pinching myopia, mind-numbind levels of bureaucracy, letting fraudsters get away with it, and rewarding Thieves with knighthoods.

No party believes in that prospectus. But they all implement it anyway. So where’s the choice? And why have a Party political beauty contest about it?

Finally, few of the candidates are known across the area they will represent. High deposits and the lack of a mailshot are said to have stacked the odds against independents before they got out of the starting gate. So perhaps this is a referendum on whether you want to vote for party candidates or independents. For all we know some of both are completely crazy, but what do we know? They are all going to reduce bureaucracy, put more officers on the beat, catch crooks, save money and generally make us feel good. They’ll get us Police who are Judge Dredd, George Dixon and Inspector Morse rolled into one.

So what’s not to like? Vote early, vote often, as they used to say in northern Ireland. I managed the first, and felt pretty damn smug about it for at least ten minutes. Next step in my democracy rollout — a directly elected General Synod.
Posted by Bishop Alan Wilson

We did our postal ballot for very much the same reasons, though sadly there wasn't an independent on the list. You're so right about how completely unknown the candidates were. I foresee a bit of a shambles....

Like you, I value the opportunity to vote, and since my first trip to the ballot box 55 years or so ago, have never failed exercise my right to choose.
But, and it's a big but, I have always had at least the glimmer of an idea who and what I was voting for.
This time all is veiled in mystery, and as far as I'm concerned, can remain so.
Firstly I'd like someone to present a convincing argument for the need for this post, and secondly I'd really appreciate knowing who the candidates are. Where and how were they 'found' and what is their agenda, to say nothing of their qualifications?
Think I'll sit this one out.

Thanks, Phil. I think that's the rub for many. What they look for in a Police chair of governors (for that is what this is) is competence and accountability, not a political mandate. If they screw up they should resign. I do understand that the making of law for police to enforce is a political question, but can understand people feeling there's rather a confused idea of what the role demands written into this whole project. If, however, new PCC's blaze into the role and carve out a way of working it that does call for a party political mandate, that would be fine. It just hasn't happened yet.

A major landlord here in Bournemouth sent letters to his tenants telling them who to vote for!

9.00pm this evening and fewer thatn100 voters had made their way to the polling station. Two very bored voting officials were looking forward to 10.00pm. I knew nothing about any of the candidates; nor do I have a "job description" for the role. I think the previous system was not bad - possibly could have done with a bit of improvement but this is not democracy nor efficiency and certainly not cost effective. I wonder what the cost per vote cast will be?

I gather that in at least one ward in Wales no one turned up at all, not even the party flunkeys in rosettes.

But one might well ask, what's the point? If you don't know anything about the candidates, and their qualifications, who do you vote for? So far better to elect the people who can appoint the people who do know.

On the other hand, we don't get to directly elect our state president -- that job goes to the candidate who is most skilled at party infighting, that the best candidates lack the requisite moral turpitude. But hey, even you can vot to say who you would like to see -- chyeck my blog here: Political dreams | Notes from underground

If we are to have elected police commissioners at all (which I very much doubt) then a case can be made for having party candidates. Bias warning: I have been a member of the Labour Party for fifty years last Friday.
The first point is that some of the issues a PCC must deal with are essentially political: the argument about spending more or less on public services, the question of outsourcing/privatisation and the possibility of focussing police effort on either the wealthier or the poorer parts of the area. On these issues I naturally prefer someone who will adopt an egalitarian or left-wing position.
The second point is that my party (and I assume the others) did make some attempt to interview the potential candidates who came forward within it, and to choose the one who was best qualified (and most popular among party members). You've guessed it - the percentage poll among party members was not high, although I forget what it was if I ever knew.
I think we might have done better not to nominate a candidate, but to invite them all to put their case to party members and then perhaps agree to support one or more. But I don't think anyone seriously thought about that one.
Many people seem to have assumed that the best qualified candidates (whether partisan or independent) would be ex-coppers. That one worries me a bit. What happens when ex-Inspector A is put in charge of Chief Constable B, or is in a position to appoint B as CC, if A and B have worked together and might be old pals or old enemies?
The whole idea stinks. If we want more democracy in it, then elect a whole police authority. That way, at least we are not subject to the whims of one individual. Elected PCCs, like monarchs and presidents, can be marvellous, but can at least as often be dangerous.