Hope springs eternal in Rome, with prayers and good wishes from around the world. I felt a big flutter of positive energy, watching Pope Francis’ first hour in his new job. He seemed immensely calm but warm, centred in the moment and modest. I can’t imagine him in Mister Punch Prada gear, a plus point for me and future Vatican tourists who might otherwise not be able to tell which man in a white cassock was which.

It looks as though there will be no confusing them. Circumstantially, people feel more at ease with an all-rounder. Historians may look out for signs of transition from the rule of an intellectual to that of a perfectly educated and intelligent man who seems confident, relaxed and centred in the moment. 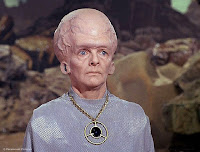 Intellectual giants always, usually unintentionally, intimidate others. Nobody loves a Big Brain Alien. More significantly, Intellectuals inhabit a large room stocked with big ideas, that can become their primary reality.
To someone with a powerful electric screwdriver every protusion is a screw. This can deliver quick results with some protrusions, but others, like nails and boils, remain stubbornly resistant.

Intellectual giants see the progress of the world as the evolution of big ideas. A process of syllogism, thesis, antithesis, synthesis, drives their big brainy world, the one that really matters. Other people start from the other end and deal with their in-trays in more pedestrian but effective ways. Things move on because they were dealt with, and everyone else feels life is more than an eternal seminar group.

To intellectual giants, issues arising from changing sexual mores are challenges to sources of authority, revisionist mountains made of molehills, waves beating against the rocks of the eternal shore. The progress of civilisation is at stake. To a priest struggling with imposed celibacy, or a young lad contemplating hanging himself from very shame, all the Big Ideas around this mean nothing, nor to the millions whose gut instincts drive them, often unwittingly, one way or the other. Failure to see this whole picture holistically makes the puzzle impossible.

It would not surprise me if the new Pope's dogmatic beliefs were basically to the right in terms of issues, but I would expect him to be less imprisoned by them. A leader with a strong sense of pragmatic reality and faith that is concrete rather than abstract, shrewd rather than subtle, could do much good. The honeymoon will be over soon enough.

I’m trying to enjoy it hopefully, and the parallel process that is unfolding in the Church of England...
Posted by Bishop Alan Wilson

It is good to read something nuanced about the new Pope. Time will tell how his theology impacts with his obvious pastoral heart and sense of justice, in the context of his life of Pope. I remember when Rowan became ArchBofC that people tried to view him in one dimension. At the time someone said he should not be pigeon-holed as liberal in that he was orthodox in his doctrine and liberal in how he dealt with the impact of that doctrine on the world. So, maybe Pope Francis will have his own particular mix.
Adrian C

Are intellectual giants unable to assimilate new concepts into existing frameworks?
I would say that depends on how they assess a new concept.

Looking back, there was no compelling reason for believing the world as we know it would end if Galileo was right and genuine intellectual clarity would have spotted that and would have been able to assimilate his findings into the existing theological framework without causing the end of Christianity – as did indeed eventually happen.

An intellectual giant might be so immersed in his own theoretical constructs that he cannot see how something new fits into them. But how intellectual is it not to listen to what others are saying and not to play with a new thought from different angles to see if it really doesn’t fit?

Ultimately, I suggest, it always comes down to what we want to believe. The theoretical is only ever the mantle we put around what we already instinctively believe to be true. We’re never quite as intellectually gigantic as we like to think.

I just wanted to point out that the mice in The Hitch-hikers Guide to the Galaxy were called Frankie and Benjie.

A gift is now delivered and proven to the whole world as a witness. Satan has deceived the whole world until the woman of Rev 12 delivers the true word of God. This woman is not a church, nor Mary, nor Israel, she is the prophet like unto Moses and Elijah Matt 17:3, Acts 3:21-23, Luke 1:17 commanded to restore the true word John 1:1 from the wilderness Rev 12:6 to prepare a people. God our true Father will not put any child of his into a hell fire no matter what their sins, no matter if they repent in this life or not. It never entered the heart or mind of God to ever do such a thing Jer7:31, Jer 19:5. Turn your heart to the children of God. Begin here http://minigoodtale.blogspot.com. The proof is in the hearing; prove all things, God chose a woman.