The Structure of Moral Revolutions 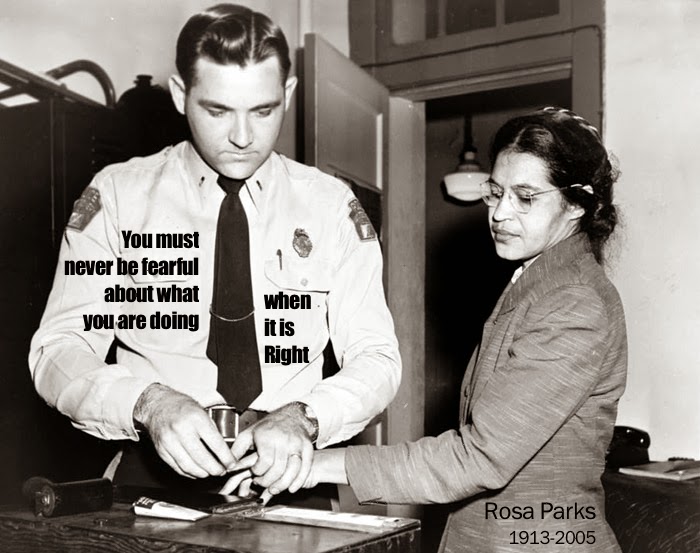 Kwame Anthony Appiah is a Ghanaian Cambridge / Princeton historian who has examined how moral revolutions happen. He studied practices like duelling, slavery, and footbinding in China. Moral practice does not develop in straight lines, but by a process of subterranean build up followed by swift surface disruption. What seemed unthinkable suddenly, over a single generation, becomes the social norm.

Such changes are always led by small groups living out their beliefs. They survive and flourish, like eighteenth century Quakers and Evangelicals, by aligning their ideals and their lives. The more their powerful opponents try to bolster the status quo by pleading what “everybody knows” the more they make it plain that everybody does not know what their small group does any more. All others see is ambiguity, defensiveness and hypocrisy. From then on in, reiterating anti- arguments actually backfires and promotes change.

A moral revolution throughout the developed world fits professor Appiah’s schema perfectly. It has normalised gay people, entitling them to respect and equal treatment.  Narrow changes in social attitudes to homosexuals are only a small part of a far broader mellowing in the way people see others, partly in reaction to the barbarities, cheapening of life and suffering experienced in the total wars of the twentieth century. These privilege respect, and the cherishing of human dignity. 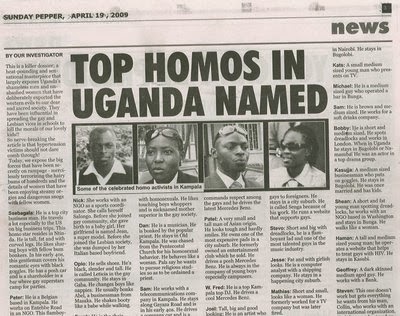 Like every a moral revolution the process has deep roots. It touches many aspects of life, including capital punishment, child beating, sweated labour, racism, discrimination and violence against women. The assumption that gay people have a stunted capacity to give and receive love and to structure their households around permanent commitment, has collapsed for most people under 50. Articulations of the old morality suddenly appear outrageous, for moral reasons.

Tragically, churches too often position themselves on the trailing edge of moral change — 1950's C of E bishops railed against the abolition of hanging, quoting the Bible and warning of social collapse. Now it's this. Often they are comfortable people with an enhanced sense of their own virtue who do not know personally the harshness that necessitates change. Jesus pointed out Pharisees can change, and longed for them to be born again, but it's a harder process. They have more face to lose.

So what should everyone do? Professor Appiah:


Create organizations which commit themselves to implementing the norm, not just as a norm of morality, but as a norm, as a convention of everyday life, as it were, as something you are going to live by, then you can be one of the key figures in... if you create such institutions, you can begin one of these revolutions.  And I think that in all of these sorts of cases—there was an anti-dueling society in England—in all of these cases it is very important to get people organized around the new norm and it’s kind of exciting to be in those societies because of the thing I said earlier, which is that you can see that you’re on the right side because other people, the people who are engaging in the old norm, the norm you’re challenging, already know in their hearts, in part of their hearts at least, that what they’re doing is objectionable in some way, that it’s causing unnecessary pain, that It’s denying people things they are entitled to.

I do not think it is that simple. Some of those most keen to implement repressive measures were educated partly in the West. And in all countries, scapegoating can take hold, so that ordinarily civilised people embrace irrational cruelty - the targeting of poor and disabled people in some Western countries at present is an example.

Why are you the only Bishop to speak out like this? What consequences do you experience for telling the truth?

The only thing with more dire consequences than telling the truth is Not telling the truth. WE cannot build the Kingdom on making lies, or even believing too readily the stories we tell ourselves about ourselves. But, being English, the powers that be prefer to freeze me out on a naughty step and occasionally patronise me, than actually to talk about the subject in a grown-up way, which would be unbearable.

"The only thing with more dire consequences than telling the truth is Not telling the truth". Moral momentum flows from prolonged recognition of the truth - and immorality flows from prolonged separation from the truth. It is not true to say that sexual activity outside marriage is moral. It is not true to say that two adults of the same sex can form a marriage. The question, then, is "at what point on the journey did we become separates from the truth?" In the case of the church of England in general, the answer is "1930 (Lambeth Conference/contraception".

Moral momentum does indeed flow from the prolonged recognition of the truth. The recognition that the various shades of being gay or not are simply part of the way we are created, not an anomaly, disease or sin, has produced an astonishing moral revolution since the 1940's. For an account of the legal implications, Professor Stephen Cretney's 2005 Clarendon Law Lectures tell the tale. If it is really not true that two same sex people can form a marriage, there's nothing to worry about, is there? I don't take out CDM's against people for stealing Unicorns, controlling the weather from their smartphones, or changing the value of Pi. The fact that CDM actions are now being mooted (albeit on a very shaky legal or historical basis) is, in a way, recognition that such a thing is not only possible, but actually goes on in various places around the world, including Britain from next month. What will the official C of E advice be to same sex married couples — divorce? Go back to promiscuity, lying, hypocrisy and cottaging, with teh occasional suicide (all in the name of upholding Christian morality)? or what? It remains to be seen.

If marriages cannot exist in the absence of sexual difference we'll all find out, I suppose, but I can't see how, and there's no evidence from anywhere else in the world that would imply this. I simply don't understand how the recognition of some marriages between people of the same sex can possibly prevent any other marriage being understood to be between one man and one woman. That understanding wasn't articulated in English law before 1861 and the species survived. Is it like cellphones going out of range, so while I stay with my same-sex married friends in Spain I'm not properly married to my female wife any more? How would I know? and if I couldn't know, should I worry about this? I think we've reached vanishing point here!

If marriages cannot exist in the absence of sexual difference we'll all find out, I suppose, but I can't see how, and there's no evidence from anywhere else in the world that would imply this. I simply don't understand how the recognition of some marriages between people of the same sex can possibly prevent any other marriage being understood to be between one man and one woman. That understanding wasn't articulated in English law before 1861 and the species survived. Is it like cellphones going out of range, so while I stay with my same-sex married friends in Spain I'm not properly married to my female wife any more? How would I know? and if I couldn't know, should I worry about this? I think we've reached vanishing point here!

That is pretty much the score, Erika. And, I learnt in SF last year, it corresponds exactly to experience in countries where same sex marriage has come in. Small earthquake. Nobody injured.

Although I have not followed the story closely, am I right in saying that Erika's point is similar to that made recently by Linda Woodhead and co?

Bishop Alan, I entirely understand your point re: "how would I know?/should I worry?" As I said (and as you clearly grasp), it is a kind of illusion in that what is "stolen" is only legally stolen - which is precisely why nobody notices! :) But the change will be reflected as further changes are made to reflect the law's new understanding of marriage. That's how you will know. Indeed, permanence has already been declared inessential to a marriage: a Civil Partnership requires no vow of permanence, so an "upgraded" CP is a marriage with no vow of permanence. Ditto consummation. If we can marry without being a man and a woman or vowing permanence or consummating, we can "marry without marrying". Strange times.

Peter, I'm slightly lost as to what the problem is here. Changing the definition of marriage from an indissoluble institution to a soluble one was a fundamental redefinition that, I suppose, converted everyone's marriage from being indissoluble — so one contracted in Church was as possible to end as a civil marriage. It was as fundamental a chamge as the one that stopped a married woman a woman being property (abolishing the legally definitional concept of Couverture that had been essential to marriage for hundreds of years.) Similarly, in 1907, allowing the civil concept of kindred and affinity to contradict the one in the Bible did, again, redefine marriage in a fundamental way that churchmen of the day noted and abominated. The "one man one woman" definition only dates back to 1861 and first figured in Church law in 1938. As to how would you know, permanence went out the window in the seventeenth century, a register office wedding has never required any compulsory vows, consummation has been almost a dead letter for years. In other words you've been marrying without marrying in England for over 300 years. What I can't understand is why this change is somehow qualitatively different to the other changes, all of which church people at the time held to be equally important.

This is the strangest argument. Presumably, your marriage is an individual contract between you and your spouse.
So the fact that other people can be same sex married does not mean that you will be. You will still be marrying one woman.

The fact that some Christian churches have tolerated polygamy does not mean that those who married only one woman were somehow not properly married to that woman.
Marriages between white people were not suddenly changed when interracial marriage became legal.

The fact that a variety of options are available to suit the individual circumstances of the couple does not mean that your individual choice is somehow not valid.


Consummation is not a legal requirement (asexual people can marry too). Non-consummation does not make a marriage void but only voidable and only when there was deception involved and one of the spouses could not have known that the marriage would not be consummated.

As for vows, I agree with you. I wish they did form part of converting a CP into a marriage certificate. But as Alan points out, registry office weddings never did include compulsory vows. Church weddings do, but there is no danger that the church will marry anyone who is currently in a civil partnership. When and if the church gets its head round marriage equality it will be marrying people who are currently not civil partnered and that will include vows.
And while CPs did not have to include vows, vows were possible as long as they did not have any religious content.
We certainly made vows to each other.