Anglican Covenant — the word of the Lord? 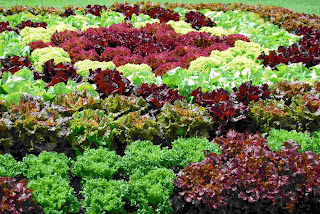 Some very interesting things are being said around the place about the Anglican Covenant proposals. Optimistically, I hope people have the grace to approach it along the lines suggested by +John Pritchard at the last General Synod:

How does a family keep eating together? First, by having house rules, and, second, by having attractive meals. Covenant was biblical, from Abraham, Moses, David, and the New Covenant, and more recent covenants such as Porvoo and with the Methodists. The Thirty-Nine Articles were a form of covenant. The Windsor report had covenant embedded in it, and it was the best chance of digging ourselves out of the deep hole we are in.

North of the border, harsher things are being said by people like Canon David Bayne, of Glasgow & Galloway: 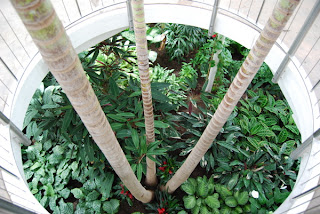 Of course tools have various uses — the spade that so effectively digs the garden can also be used to bash frail strangers over the head. It all depends on people's true motives and intentions, I suppose.

So the Word of the Lord for me on this subject, for meditation this autumn, was the one he gave to Jotham the prophet — always a poser for people looking for some daddy figure to come and sort out the problems they haven't the grace or wit to take responsibility for sorting out themselves, under God:

The trees set out one day to anoint a king for themselves.

They said to the Olive tree, "Rule over us".
But the Olive Tree told them,
"Am I no longer good for making oil
that gives glory to gods and men,
to be demoted to waving over trees?" 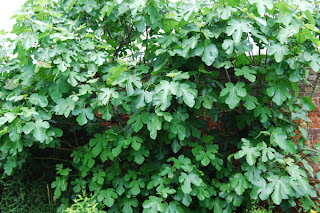 The trees said to the Fig Tree, "You come and rule over us."
But Fig Tree said to them,
"Am I no longer good for making sweets,
my mouth-watering sweet fruits,
to be demoted to waving over trees?"

The trees then said to the Vine, "You come and rule over us!"
But Vine said to them,
"Am I no longer good for making wine,
Wine that cheers gods and men,
to be demoted to waving over trees?"

All the trees then said to Tumbleweed, "You come and reign over us!"
But Tumbleweed said to the trees,
"If you are serious about making me your king,
Come and find shelter in my shade!
But if not, let fire shoot out from Tumbleweed
and burn down even the Cedars of Lebanon!"

It's not that Covenant is a bad thing in itself: in some ways it's motherhood and apple pie - who could object?

There are many questions about the documentation made public to date. But I think three questions are critical:
1) What terms are proposed?
2) What would their predictable implications be? and
3) Who gets to decide?

(I declare an interest as co-author of the anti- paper in GS1661; a critique of the Draft Covenant is at www.modchurchunion.org/Covenant.)

IMHO the key terms to date are unacceptable; it is hard to predict their consequences because they are too vague; and to give power to a few to decide is unacceptable. (In 2010 Synod is likely to be faced with: 'This is the final option: everyone else has agreed, take it or leave the Communion.')

House rules are fine (though I think this does trivialise the issue) but surely the house residents should be able to decide the rules by which they will live?

Separately (not part of the previous papers) the CofE has only been able to determine its own doctrine since 1974 after about 120 years of struggling to gain this authority. Perhaps this authority ought to be global, but should that authority be given away so lightly?