Divis Flats, Falls Road, Sandy Row, Shankhill — redeeming some names from the curse of the past.... 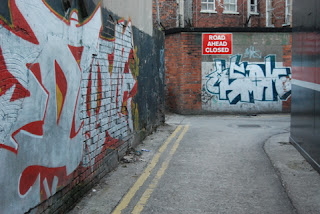 For as long as I can remember Belfast was a war zone. It seems incredible that people so decent, caring and pleasant should have descended into civil war for the best part of forty years. Belfast now is in full recovery, building everywhere to put behind it the legacy of the troubles. Thank God.

There's a particular theological challenge here. Jesus said people would know the genuineness of faith not by its content, or its conformity to some ideal specification, but by its fruits. How could religion bear such bitter fruit?

Dawkins, of course, would say it was religion wot done it. Dawkins has a point. Sometimes, as the Chief Rabbi tactfully puts it, people believe too much. But you don't have to know very much about the troubles to see that religious identity was only a background factor. Sir Edward Carson wasn't a religious leader, as such, nor were those who have driven this strife ever since. It's about far more than religion, and most religious people on all sides tried consistently to ameliorate the worst of it, rather than stoke it up. Anyway, the hypothesis that atheism somehow stops you being violent is ridiculous: most of the great Mass Murderers of the last century — Mao, Stalin, etc. — were, in fact, secularists. 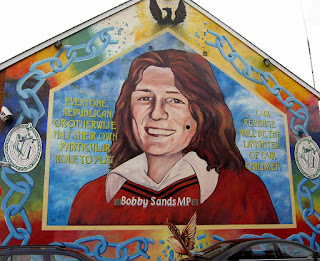 As history begins to emerge from the headlines and slogans, here's one crude tentative hypothesis, overheard on the streets. It states that these nice people were let down catastrophically by their leaders, at all levels, including the highest echelons of the British government. Wilson, Heath and Callaghan governments committed their fair share of cock-ups and bad tactical calls, but were essentially carried along by forces beyond their ken, reacting tactically to something they didn't really understand, and couldn't think through strategically. 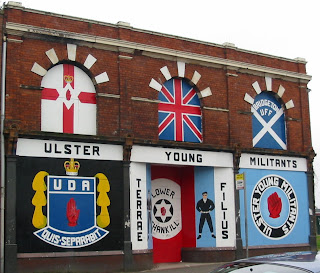 The shocking, culpable failure came in the late 80's when the UK government pulled up the draw bridge, pursuing illusory military solutions to a non-military problem. Thousands died whilst they sat on their spotty behinds, trying to sound hard for Fleet Street, throwing shedloads of money at increasingly ingenious security measures — anything except the one thing needful.

History awards surprising prizes. I was never keen on the Major government, but they turned things round. Often panned by Fleet Street as weak and vacillating, Major had the imagination and moral courage to see there was no military solution, and the problem wasn't going to go away unless he did something. Far from the line that "you can't talk to people like that" that played to the gallery at home but accomplished nothing, Major (and, eventually, Trimble) came to see that the people they really needed to talk to were the enemy. Until that happened nothing was going to change.

Well there's a tentative historical hypothesis, from which we learn... 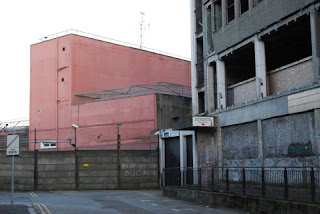