Making Sense of the Troubles?

There is an interesting debate going on about how much truth the new Northern Ireland can cope with. The South African model of the Truth and Reconciliation Commission suggests that progress is inextricably linked with the availability of truth. The question is how much truth the fragile political process and political institutions in Northern Ireland can cope with at this stage. 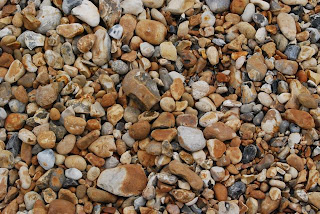 As Ian Paisley steps down from the leadership of the denomination he founded, +David also references what looks like a fascinating collection of resources for the painful process of reconciliation based on truth from the Centre for Contemporary Christianity in Ireland. Coming from mainly Evangelical roots, but with realism and a deep sense of the whole counsel of scripture, both the methods and content of CCCI's work look very significant indeed for contexts far beyond the province.

I have seen UK media stories about Northern Ireland most days for the past 40 years, but I have to confess and marvel at my ignorance about it. The best Noddy book to recap it all for me has been David McKitterick & David McVea's Making Sense of the Troubles. The same authors have produced another Correspondents' masterpiece, Lost Lives: The Stories of the Men, Women and Children Who Died Through the Northern Ireland Troubles. 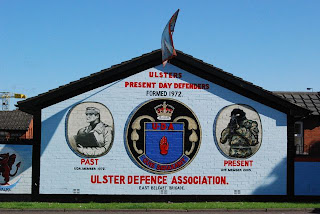 When I picked it up in Waterstones in Lisburn this summer, I couldn't bear to read it. It's an aggregation of the stories of the 3697 people who died in the troubles since 1966 — a memorial as much as a history. Here is the pity of this war, and sketches of the faces behind those figures that most of us Brits got used to disregarding as they rolled by on the evening news for 40 years. 3697 people died and, by and large, this side of the water, we neither knew nor cared who they were or why.

Is that their problem, or ours?

Thanks for picking up the post. And if you take that total of 3697 out of a population and extrapolate it to what it would mean in the 55-60 million population of Britain. And then you count the wounded. And then you add all the members of their families and friends who were directly affected, you find that pretty well everyone was touched in one way or another.

What disturbs me is how easily these kinds of figures become water off a duck's back. In Iraq we even seem to have given up counting.

Back in the early eighties my secc group spent a day or so (by accident) at Alton Abbey with a man called Tom Davies. He's been a journalist with, I think the Observer and the Express, in Northern Ireland. He'd seen colleagues organising mobs of stone throwing youths for the cameras. Other kinds of image never made it past the picture editors back in Fleet Street. He was a rather extreme John the Baptist kind of character and said NI was the first society he'd seen systematically destroyed by the media for the sake a of a story, and he couldn't bear to be part of it, so he'd walked out. I've never met Tom since, but I've often thought of his words.

sorry, that's a cell group — typos abound at 6 in the morning!