Religion, Arts and Science — branches of one tree? (Einstein) 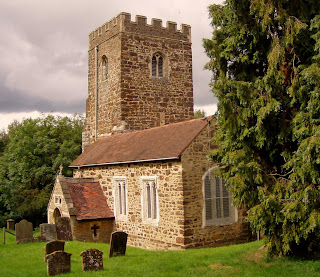 Bow Brickhill is a fascinating ancient village, now part of Milton Keynes Unitary Authority. The Church was abandoned due to dwindling congregations about 350 years ago, but rebuilt in 1757, and flourishing today Just about the only place in the village from which you can see it is the churchyard, though!

1879 gave the world the light bulb and Albert Einstein — also Bow Brickhill Primary School. I visited when it chose to become a Church school in 2004, and it's really flourishing, under Jane Bellamy's able leadership. 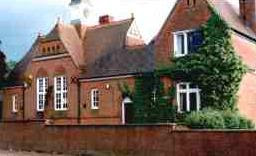 From the front, it looks like a classic Victorian village school, with gables and a school motto from Proverbs 19:2 — It is not good that the soul be without knowledge. 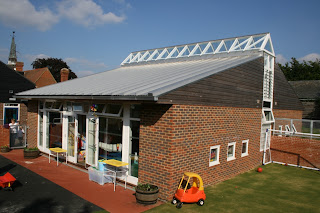 Go round the back, though, and all you see is the new state-of-the-art reception and infants area, making it look like a brand new school! When building the new rooms, the governors were careful to make sure everybody got a better learning environment, with Interactive whiteboards and furnishings down the Victorian end, pending more major building works.

This school is also doing some great language work with an inspiring and able member of staff who's a linguist. This means the children can play with languages and learn at an age they're not self conscious, and actually enjoy it. This has got to be infinitely better than waiting until 11 to pass go, as has so often been the case elsewhere. In a globalizing world language has got to be a key skill, and it was good to be with children who were really getting ahead and enjoying it, in a fantastic learning environment.
Posted by Bishop Alan Wilson

I had French lessons before leaving primary, (all those years ago), just one lesson a week for a term or two but I think it really made a difference when it came to transition into french at secondary level. Sounds like a great school.