Interim ministry on the edge of eternity 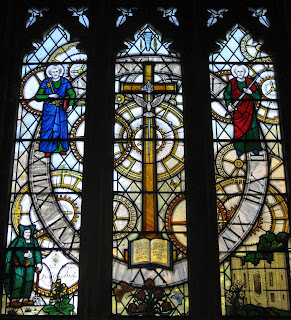 I first visited SS Peter & Paul Dinton a while ago, to help out when David Cooke, its rector of 30 years (coterminous with 37 as Vicar of Stone), was ill. David was our last “lifetime freeholder” in Bucks, appointed before retirement ages came in. He’s now retired, and lives in Aylesbury. A fellow Francophile, he was away on the other side of the channel yesterday — not gloating about the rugby, I hope. That wouldn't be nice.

I was there yesterday to give new licences to David and Nancy Wallace, who are serving the nearest thing we've got to what Americans call interim ministry in Stone & Dinton. There’s massive expansion happening up the Stone end, and some realignment among the schools and in other ways to the South. 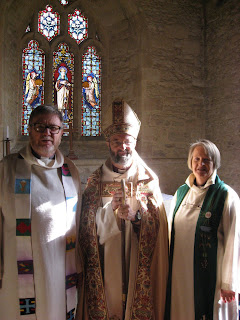 The plan is that David & Nancy will hold things over the next year or two and help the benefice work through its geometry and future set-up with their deanery pastoral committee. David's got a long professional background (outside the Church) in change management. The knack will be to capture the best fruit of the last rector's long, faithful ministry, whilst scoping things afresh in a fast-changing bit of Bucks. It's a vibrant, resourceful and really friendly community, and I'm very positive that good will come of this.

The Wallaces led worship and I preached and relicensed them to the Deanery. Music was led by Christine (organ) and Ray (Drums) — a combination I've not experienced before. I wondered how that would sound, but it's amazing! To make it work you need two musicians with a high level of basic instinctive musicianship, who actually listen to each other! They've certainly got that in Stone. 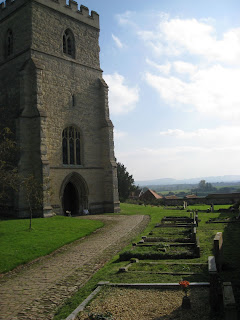 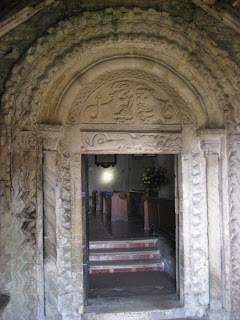 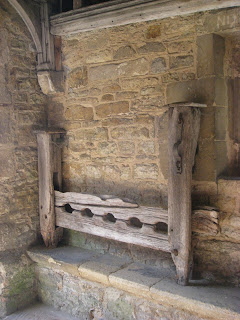 Finally, on a rubberneck note, the building is utter joy for anybody with any historical imagination at all. For a start it’s got one of the finest outlooks in England. 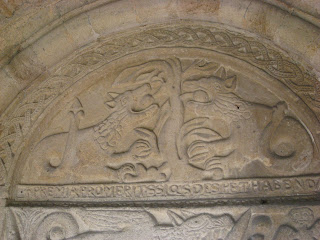 It's basically 13th century, but with a large and astonishingly well preserved Norman south door. This carries an amazing tympanium showing two dragons, eating of the tree of the knowledge of good and evil, one (St Michael?) brandishing a sword. Just opposite in the porch are the Village Stocks (the real thing — this isn’t a theme park — but thankfully retired.) I could go on about this place all day. As I was helping with the chalice, I noticed under my feet an early brass of 1424 — what they call treading where the saints have trod. There's a beautiful millennium window, at the top, and tapestry, with some fine Victorian glass froom the 1860’s. 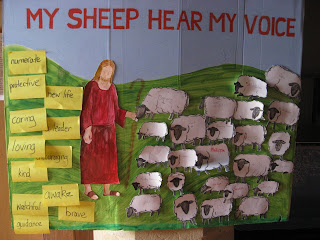 There’s an early seventeenth century pulpit. Oliver Cromwell worshipped here. His friend Simon Mayne, was lord of the manor, and Mayne's servant John Biggs is reputed to have been the executioner of King Charles I. There are one or two brilliant over-the-top eighteenth century memorials. I saw lovely work by the children in the Sunday school. It reminded me that to be the good shepherd Jesus has to be “numerate” — a nice bit of national curriculum speak!

I'm just going to end with a few snapshots, and sincere thanks to David & Nancy, and Tony who looked after me so well, and everybody else who left me awed by the privilege of being allowed to work in a place like that, with people like that... 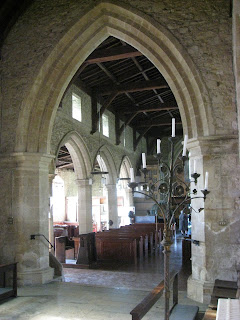 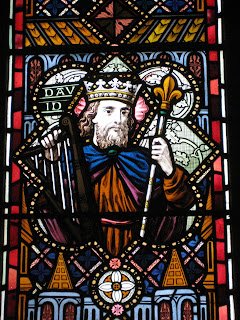 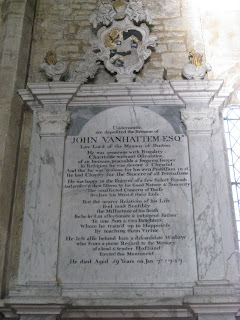