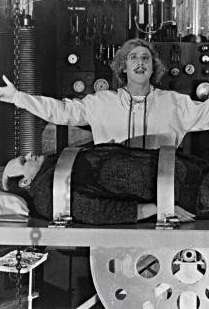 Forty years today, since the passing of the 1967 Abortion Act . Do we celebrate? The act put a stop to the old back street abortions of the 50’s, but its original framer, David Steel, is concerned about numbers way beyond what was intended. The context, sociologically and obstetrically, is radically different from 1967. There's a weird number crunch about how many desperate infertile couples there are in the UK and how many aborted foetuses. Given all the other options available, are people really using abortion as a form of contraception, or even to avoid babies with cosmetic imperfections? 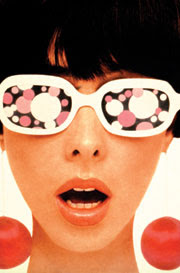 Polly Toynbee’s Guardian rant gushes superficially like an Austin Powers movie about choice as the ultimate right. OK, but back on planet earth, why do you have to be alone when you choose, what are you really choosing, what’s the personal cost, and how do you choose? In defence of the present law, Rowan Pelling’s heartfelt words in the Telegraph are compassionate, personal and much more real. The kind of hard cases she mentions have moral significance, and she understands how questionable any trend towards aborting babies for cosmetic reasons is, if that’s happening.

As a pastor I've met some very caring, honest and courageous women, deeply conflicted, trying to work their choices out in their own circumstances, with different end results, sometimes years afterwards. It wasn’t easy for them. Surely ‘Good Samaritan’ calling is to be there for and with people, not to go in hard and judge them. Sadly the lesser of two evils doesn't stop being evil. But, and Pelagians forget this, in Christianity Grace comes first.

Surely it matters desperately that society affirms the value of life. Personally, I'm haunted by the thought that I'm married to someone who, had she been born a generation later, would almost certainly have been aborted under the act. We never did know Lucy’s birth mother and don't want to generalise, but are grateful, every day, that in this instance, whatever it cost her, she went through with it and gave the gift of life. How can we not be?

Was there wisdom and psychological, if not biological, truth in the traditional view of “quickening” they held in the middle ages? Public law can only do so much. Perhaps what Christians can do is be there for people relationally in their particular circumstances, and support them as they work through the choices the law gives them conscientiously. Liberal ranting about choice is as destructive for this process as “every sperm is sacred” stuff from the 1960’s. Some of the inflammatory and emotive showmanship on both sides is really cruel to human beings for whom this is a personal reality as well as a general issue. Perhaps on this issue all we can do, as Paul did in first century Corinth, is, refuse to use manipulative or underhanded means, and commend Christ to the conscience of all.
Posted by Bishop Alan Wilson

You ask if women are really using abortion as a form of contraception - and the unfortunate answer is yes. They are in a minority, and there are many reasons for this, but a big "reason" is denial. Its not a conscious choice they made before having sex, but sometimes a refusal to face up to the fact they may be pregnant after having sex. Whether or not you are a supporter of the morning after pill, or see it as an abortion pill, there is still only a small window of time in which it can be taken. By the time "acceptance" of the pregnancy kicks in, its too late. You can't be "slightly pregnant".

I am pro-life, not pro-choice but I do have some compassion for those who get themselves in this mess.

It of course, must hit very close to home for you, when you think about what "might have happened" to your Lucy. Life is precious and shouldn't be taken for granted

Thanks, Mary for your thought, depressing as it may be. I can see all the arguments as an intellectual thing, and certainly understand how hard the choices involved can be; but when you look at the whole situation in the UK we can control so much in our lives, but don't seem to be able to express the wonder of life itself... if it seems to be slipping away from us, we get the point straight away.