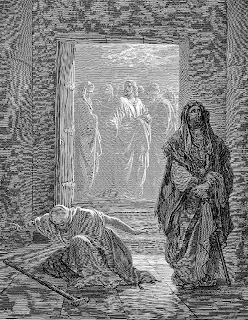 Helpful sermon from Rosie the Vicar in Church yesterday morning for anyone trying to grow as a disciple, or wrestling with their neighbours’ annoying behavioural proclivities, or trying to stay sane in the Anglican playground. It was about the parable of the pharisee and the tax collector in Luke 18:

We have these two main themes. A person who knows themselves to be loved and accepted by God will have no need to make a fool of themselves by pretending to be better than others and judging them. And prayer is nothing without integrity... There’s a fantastic, liberating final sentence “If you’re content to be simply yourself, you will become more than yourself”...

Simple message this morning. Grace and Integrity. A very potent mix. A mixture which grows Christian men and women of real stature, men and women who go on to make a real difference in the world. 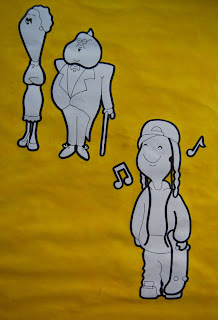 Thinks: Aha! She’s been at The Message — the Bible in contemporary language that is, not the 1982 hip hop song by Grandmaster Flash and the Furious Five. It’s rendering of Luke 18:14 reminds me of a certain picture downstairs. It puts me in mind of something else I've recently read. Barna Group (US Evangelical research foundation) has been researching what a new generation really thinks about Christianity and why it matters. Of everything I've read this month, this book the one where I've made the most mental underlinings and margin notes, so, as the witch used to say in Narnia, “We will hear more of this hereafter.” 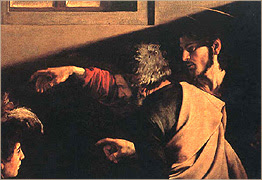 In one of the reaction pieces to the fifth research finding of the study (“judgmental”) Jud Wilhite, pastor of Central Christian Church in “Sin City — Las Vegas, a city built on exhibitionism and excess,” says he has recently read a paragraph by C. S Lewis that blew his mind: (Where did he find it?)

Jesus and the Old Testament alike call us to “love our neighbour as ourselves” (actually this command comes directly in Leviticus, Matthew/Mark, Romans, Galatians and James!). If we want to be “Biblical” in our faith, here’s another way to do it, rather than picking obscure techie nuggets out of the bible and using them as gravel to stone other people whose lifestyles disgust us. Missionally speaking, it’s a no-brainer, too.
Posted by Bishop Alan Wilson