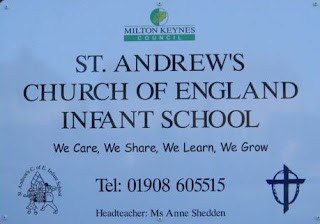 I went yesterday to reopen St Andrew’s Church of England Infant School, in Great Linford, a genuine village pocket of Milton Keynes. It’s had to reinvent itself, against the odds, after losing a much-loved, long serving head. Small scale and limited resources make total renewal a very challenging process. Frankly, St Andrew's almost went under, but with hard work, inspirational leadership from Anne Sheddon, a community campaign that surprised the powers that be, along with brilliant support from parents and friends including Peter Ballantine (local vicar), this school is really humming. Completely refurbished, it now has a staff room, admin area, head teacher's office and excellent learning space, along with a thatched barn that’s crying out for a village nativity one day. Everything now feels so right you wonder how it used to be! 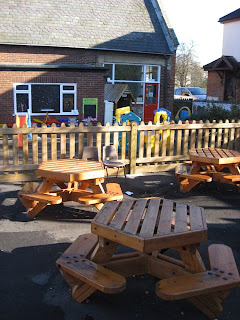 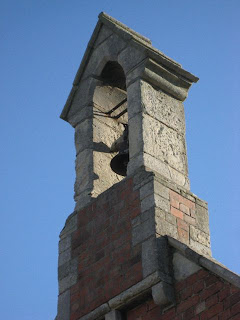 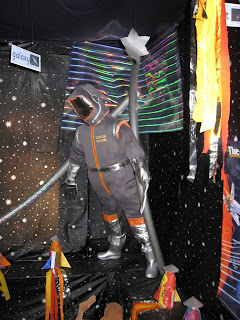 The small scale helps everyone feel valued in a very special way, but what struck me most, apart from a fantastic whole school Space display, was the excellence of its approach to early years education.

Early Years language education is a big national can of worms. Pretty much everywhere else in Europe children get far more enriched kindergarten experience before being expected to tackle academics. 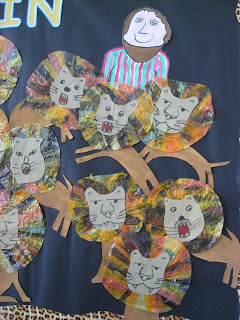 The English are obsessed with formal learning, and stack the whole system top-down so that you get far less money for labour intensive early years work than you do later! It's one reason that, in spite of so much hard work, we achieve such low national language standards at 11 compared to, e.g., Nordic countries. Children can survive, and some even excel at, formal early years working, but for many of them the national curriculum learning process for writing is a house built on sand. Imagine how discouraging it would be to have a pushy football coach if you had only basic ball skills and confidence. You’d fake it, and feel bad most of the time. With writing, notoriously, some boys (particularly) half get it, then sign off and become increasingly disaffected throughout key stage two. Backfilling pre-learning attitudes and skills with bored tweenagers is blue murder. 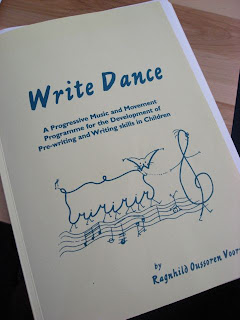 At St Andrew’s they take an approach pioneered in Sweden by Ragnhild Ousorren called Write Dance. This uses physical and social activity to grow spatial awareness, confidence and pre-writing skills. Children really enjoy themselves, acquiring (without knowing this is what they’re doing) pre-writing skill, in a very engaged, multisensory way with music. As a result, they stand a very much greater chance of achieving confidence with writing in a couple of years time. Until we can tame the ignorant naional obsession with formality in the early years we won't achieve Nordic standards of language learning excellence. They just might here, though! At least they are trying to help their children achieve real confidence and competence with writing, and the result is fun, learning and joy.
Posted by Bishop Alan Wilson