O Brave new world that has such creatures in it! 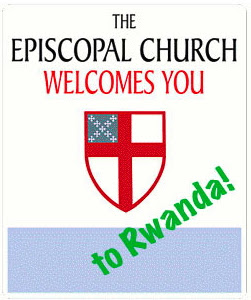 At last! Rare as Kingfishers by the towpath or Giant Pandas mating — an intelligent analysis of current Anglican shenanigans. Anglican Communion in Crisis, by Miranda K. Hassett started life as a Princeton thesis. A social anthropologist, she examines alliances between disgruntled Episcopalians and African Churches with hi-fact lo-bile rigour. That in itself makes this book rather special. If you really want to know what’s happening & why, forget the Fleet Street comics — read this.

Based on fieldwork in the Southern US and Uganda, mostly 1997-2003, Hassett zeroes in on a very popular hypothesis (connected with Philip Jenkins’ groundbreaking book The Next Christendom) about the global realignment in Christianity, where the decadent North sinks as the vibrant South rises:

This globalizing work has profoundly entangled two processes: first, the growing power and assertiveness of Southern Anglicans in an Anglican Communion still struggling with the implications of decolonization; and second, American conservatives’ search for Southern allies to help discipline the Episcopal Church.

Most commentators on globalization see it as a liberalising phenomenon. Passionately pursuing their sincere ends, however, Anglican Right Wingers have surfed the cutting edge of globalization. Those who believed they had lost out in the US gay debate threw themselves into a vigorous process of alliance building — networking on steroids — to outflank what they saw as the triumphant liberal ascendancy back home. This had absolutely nothing to do, in itself, with the Bible or theology, and everything to do with US Church politics. Thus surprisingly yoked together, “Rwandan” churches appeared in the American South, and one African archbishop began loading his big guns with roundshot prepared by hitherto obscure powder monkeys from places like Virginia and Oxford.

US dissidents were first to harness the globalizing panjandrum, especially after Lambeth 1998, but it may start rolling back on them as the internet spreads open society values indiscriminately and undermines simple concepts of what the "Global South" is. Outside the rarefied world of Anglican office politics, the majority tendency has been in a socially liberal direction. Poland and Ireland, for example, have reinvented their social mores in astonishingly short time-frames under the impact of globalization. 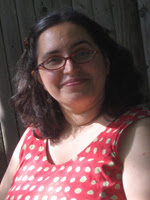 Hassett, provides the first really competent outside historical account of the origins of AMiA. She doesn't buy the cynical idea that this is just an exchange of gifts, US money for outflanking legitimacy. There is very much more going on. All the proposed driving factors (post colonialism, material interest, communications technology, etc) receive a judicious "Yes, but..." from Hassett. This is a war of perceptions — a shooting match in a hall of mirrors. The wise will beware taking anything at face value. Anglicanism is particularly susceptible to Rock-Scissors-Paper games, because of its simple traditional ecclesiology centred on the diocese rather than denominational HQ (which doesn’t exist), and its global openness combined with a general freedom from centralised authoritarianism. But kid yourself not, everybody's in for this argument in the end, on this planet anyway. Most have been having it for years, and continue to have it, but in a rather more crypto way.

Hassett treats all parties carefully, with great respect and profound understanding. She doesn’t suggest that anthropology is the definitive path to enlightnement. She doesn’t discount theology, but her social anthrolpolgical spotlight does flood this fascinating aspect of globalising Christianity with fresh light. In some ways contemporary communications help us all know other people infinitely better, but they also undermine, in significant ways, our capacity to understand what we think we know of others. The US catches a cold, and the rest of the (Anglican) world sneezes, hard. Bless!

I haven't read the book yet, but I have read the following article which explains well why there is realignment going on in the Episcopal church in Canada and the US:

Steve, thanks for the reference. I was grateful for one distinguished insider's narrow rationale for secession from the present structures, and I didn't know much about Canada.