...that Christ may reign 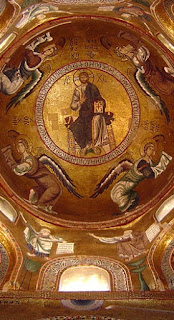 I spent time yesterday on a right wing US Anglican website and, once I acclimatised to the sarcasm and bitterness, I found I respected the logic, and rather sympathised with the sincere desire not to jettison tradition. After twenty minutes someone with whom I was sharing the experience said “If that's what being an Anglican is, I'd rather be an atheist.” Why did twenty minutes on a traditionalist website make anyone feel like becoming an atheist?
“I respect their point of view. But it’s so pushy and vituperative. What is their problem? And when you look behind the words, it's so angry and self-important — The Pooters do God, in their own image. It’s like moralistic road rage.”

“Well, the original was a fifth century holiness movement gone wrong. They started out OK, but they lost the script about Grace, and what was left was their own earnest endeavour, which they mistook for faith, which is actually a gift. They forgot that, and on that foundation they built a curious amalgam of righteousness and judgmentalism, with a powerful "pull your socks up" mandate aimed hard at everyone. St Augustine tried to point out the problem, but found there wasn’t a lot of point trying to argue with people like that. Pelagianism was invented by an Englishman called, guess what, Pelagius. The English love it. 1000 years later it still achieved special mention in the 39 articles. It's a well meaning Anglo-Saxon makeover for God that turns the Church into a Myers-Briggs J-Club, designed to vindicate its own high standards, set a good example and so make people good.” 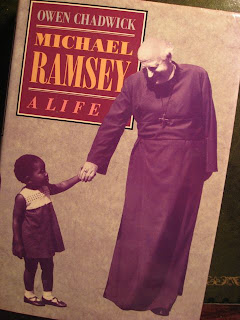 “The Church exists that Christ may reign, said holy man Michael Ramsey. Our morals, right or wrong, don't make us Christians. We do not make the Church by signing up. He makes the Church, Ramsey said, by his death and resurrection. We get in by grace, freely given. None of us can do anything to deserve it, and none of us can do anything to stop him loving us. It’s a kingdom, secured not by our efforts but by his choosing. He fills all, and one day will gather it up in himself, (Colossians). We celebrate Christ the Universal King as a reality check. Which it was for me today.”
Posted by Bishop Alan Wilson